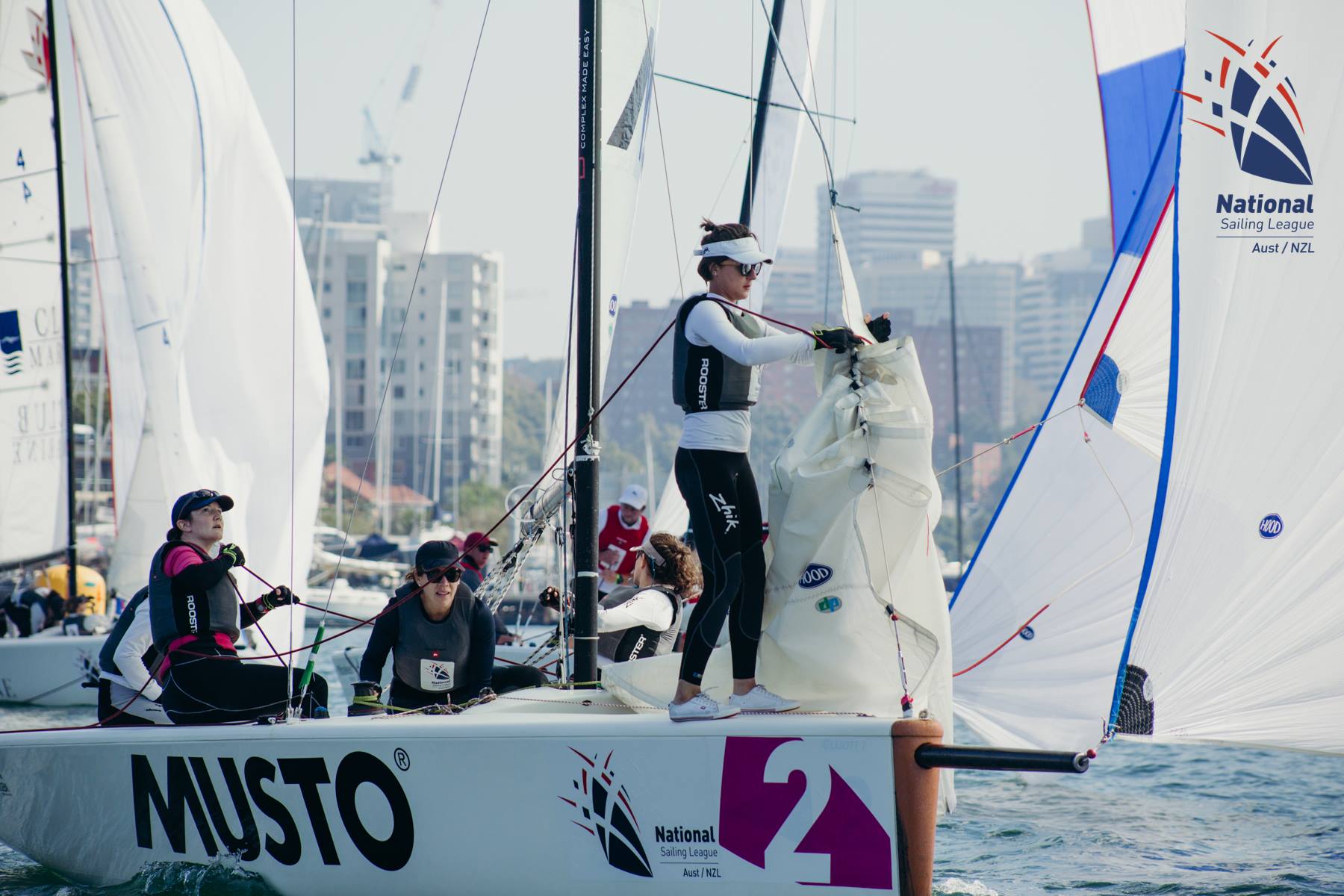 The Royal Sydney Yacht Squadron open team has taken out the debut National
Sailing League Oceania event, earning the honour of 'best club' plus a
wildcard entry to the Sailing Champions League Final in St Moritz in August.

At the completion of the full schedule of 45 races over three days, 14 teams
were whittled down to four carrying the burgee of two strong Sydney clubs,
the Royal Sydney Yacht Squadron's open and youth team facing their foes
across the harbour, the Cruising Yacht Club of Australia's open and youth
team, in the final on Sunday April 28, 2019.

It was all over after one final series race in light easterlies, the RSYS
team skippered by David Chapman carrying a win from the club's qualifying
series victory through to the first-to-two wins final. A start line incident
saw them fall out of the umpires' favour and they penalty turned, putting
their Elliott 7 last around the bottom gate at the mid-way point. As good
fortune would have it, a massive gain on the righthand side of the track
moved them up to first, and the talented crew completed the task on the
closing downwind leg in front of the spectator fleet and those watching from
the adjacent RSYS lawn and clubhouse.

“It hasn't really sunk in; these guys did a great job,” said Chapman,
referring to his RSYS teammates Matt Whitnall, Greg O'Shea and Charlotte
Alexander, following their triumph. “First open and first youth is a
fantastic result for the host club, on home waters in front of everyone. I
couldn't be prouder. I've been jealous of the Bundesliga in Germany for
years. We've been slow to get it going here – huge congrats to Mark
[Turnbull] and Howard [Elliott] for finally making it happen.”

Second overall was the CYCA Open team skippered by Reg Lord with crew Ben
Lamb, Murray Jones and Tara Blanc-Ramos on the bow.

Royal New Zealand Yacht Squadron's team led by Zane Gifford finished one
point off the top four but receives a wildcard entry to the St Moritz final,
being the first Kiwi crew.

Royal Freshwater Bay Yacht Club with Shelley White at the helm dominated the
women's category over three days of racing on Sydney Harbour in light to
moderate SW-SE breezes, giving the Perth crew a wildcard spot at the
Copenhagen women's event later this year. With the separate women's category
plus entry requirement for all open teams to have at least one female aboard
there were more women competing at the Oceania league's inaugural event, a
noticeable and welcome outcome for organisers.

PRO Ian Humphries race-managed an ambitious program of 46 12-15 minute races
in a range of wind strengths and directions, plus a team of umpires and
other officials at the start-up league event. The plan from here on is a
travelling circuit of qualifying events culminating in a final, either using
clubs' existing one design fleets, or a brand-new fleet of RS21 keelboats
purchased for the league.

NSL director Mark Turnbull and codirector Howard Elliott are excited about
the expansion to come. “Nine months ago Howard and I decided to bring to
Oceania what is a very successful concept in Europe,” Turnbull said. “To all
the clubs which participated in the first event, it wouldn't have happened
without you, and to all the clubs watching on we look forward to seeing you
next time around.”