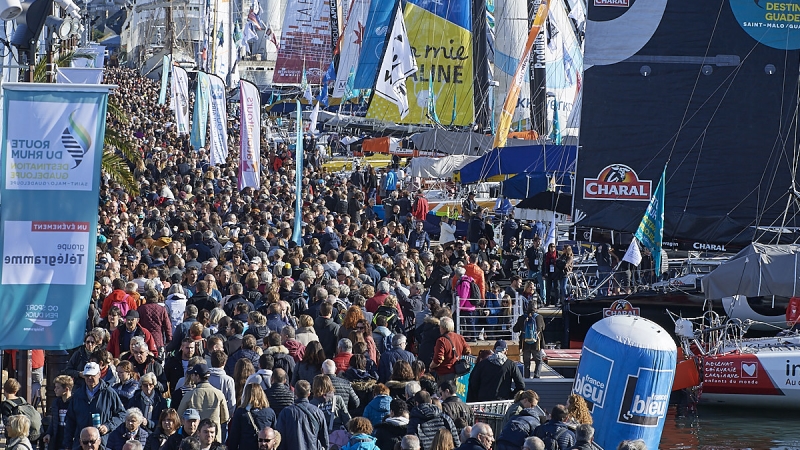 The Ultime class is going to produce a fast race in the 2018 Route du Rhum-Destination Guadeloupe from Saint Malo in Brittany to Point-à-Pitre in Guadeloupe and it features the rock stars of French solo ocean racing – here, sailing journalist Andi Robertson and previous Class40 winner, Alex Pella, assess the form in Ultimes, IMOCAS, Multi50s and Class40s.

Josse’s biggest rival is likely to be François Gabart, the golden boy of French single-handed ocean racing who holds the solo round-the-world record in his blue and white trimaran, MACIF. He will be sailing this spectacular boat for the first time with foils but is expected to be slightly slower than Josse’s machine.

“Gabart definitely has the talent and experience to overcome any disadvantage in boat design,” adds Robertson. “The key thing is that he knows how to pace himself – how to manage himself better than anyone and I think that is going to be fundamental in this race. Of the top-sailors in this class he is the one who knows best how to take rest on board without compromising performance.”

Robertson reckons Armel le Cleac’h in Maxi Solo Banque Populaire IX, another new boat equipped with foils, will be quick, but the word is that the sailor known in France as the “Jackal” has been playing catch-up ever since capsizing the boat back in April.

Whatever happens this is going to be fascinating as we see the biggest and fastest multihulls in the world now equipped with foils taking on a depression in the Atlantic for the first time under solo skippers. “The seven-day race record could come down by a day with latest routings showing a very direct and fast trip to Guadeloupe,” says Robertson.