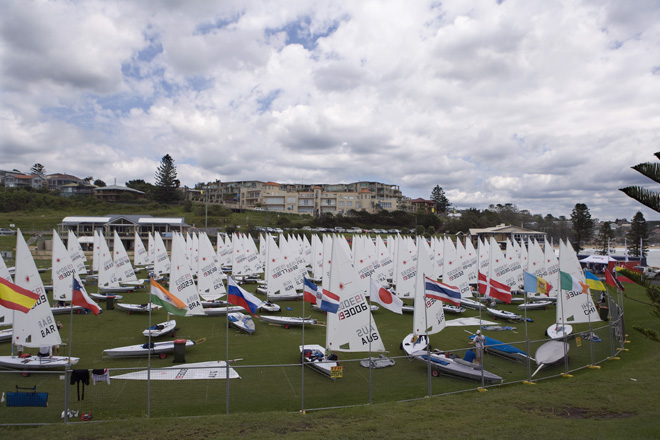 A Mixed Two Person Keelboat Offshore will feature at the Paris 2024 Olympic Games after World Sailing’s Council voted in favour of it replacing the Mixed One Person Dinghy.

A lengthy morning debate on the adoption of an offshore event replacing the Mixed One Person Dinghy was held before a decision was made. Although Council made the decision, it will still require ratification by delegates at the Annual General Meeting.

Further decisions were made on Equipment and criteria for Paris 2024.

Click here to watch the full day of the Council meeting.

At the 2018 Mid-Year meeting the following slate of Events was approved by Council:

They joined the following Events and their Equipment on the Paris 2024 slate:

Although the decision was made, World Sailing's Regulations allowed both the Events and Equipment to be amended if 75 percent of Council members voted in favour of making the change.

A lengthy debate on Submission 037-18 was held by members of the Council. The submission proposed that a Mixed Two Person Keelboat Offshore Event replace the Mixed One Person Dinghy.

Thirty one Council members voted in favour of voting on change, eight were against and two abstained. As the 75% minimum was exceeded Council then voted on whether to approve the submission which would introduce the Mixed Two Person Keelboat Offshore into the Paris 2024 Olympic Games.

29 Council members voted in favour of the Mixed Two Person Keelboat Offshore with nine against and two abstentions.

The decision will go to Sunday’s Annual General Meeting for ratification.

Paris 2024 Equipment
Ahead of the Conference, World Sailing received submissions related to Equipment criteria for the Paris 2024 Olympic Sailing Events that were approved at the 2018 Mid-Year Meeting:

Submissions were also received on the Mixed Two Person Keelboat Offshore should the Event be introduced to the slate.

Council discussed the Equipment Committee’s recommendations and decided that the RS:X would be retained for the Men’s and Women’s Windsurfer subject to a separate equipment re-evaluation.

The Mixed Kiteboarding will be on a foiling board with a RAM-Air (foil-kite) and the Mixed Two Person Dinghy will be a non-foiling displacement boat with a headsail, mainsail and spinnaker.

Following the Mixed Two Person Keelboat Offshore replacing the Mixed One Person Dinghy, Council voted on the Offshore Keelboat Equipment. At Paris 2024 the boat used will be a displacement monohull (non-foiling) with a shorthanded deck layout. The boat will be between 6-10 metres in hull length, able to perform in 4 to 40 knots with a proper sail inventory for all conditions and be a sloop rig with a spinnaker.

President’s Report
World Sailing President Kim Andersen opened the meeting by delivering the President’s Speech. Andersen reflected on his presidency following his election in November 2016 and gave Council members an update on what the World Sailing Board has been working on.

Andersen touched on a wide variety of topics from sailing in the Paralympic and Olympic Games to events, finances and governance.

Paris 2024 Update
Jean-Philippe Gatien from the Paris 2024 Organising Committee for the Olympic Games (OCOG) delivered an update on the vision for the Games.

Gatien, a four-time Olympian and two-time medallist in table tennis, sailed the 105ft trimaran Sodebo Ultim back from Brazil to France following the Transat Jacques Vabres.

He gave an update on the Marseille venue and the next steps for how the OCOG and World Sailing will work together. He also took questions from Council members.

The meeting continues on 3 November with a continuation of the discussions around submissions and subsequent decision making. Numerous committee and event reports will also be received.