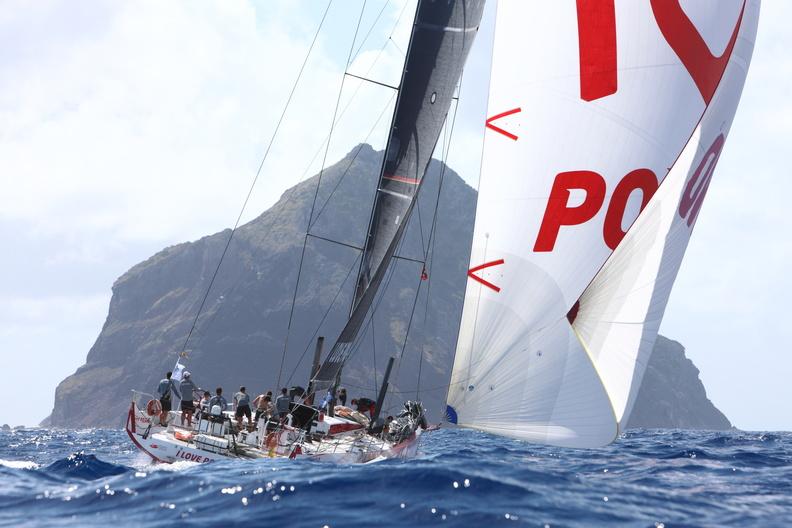 The Polish National Foundation’s I Love Poland was the first of six Volvo 70s to finish the race. Pic - Tim Wright/Photoaction.com 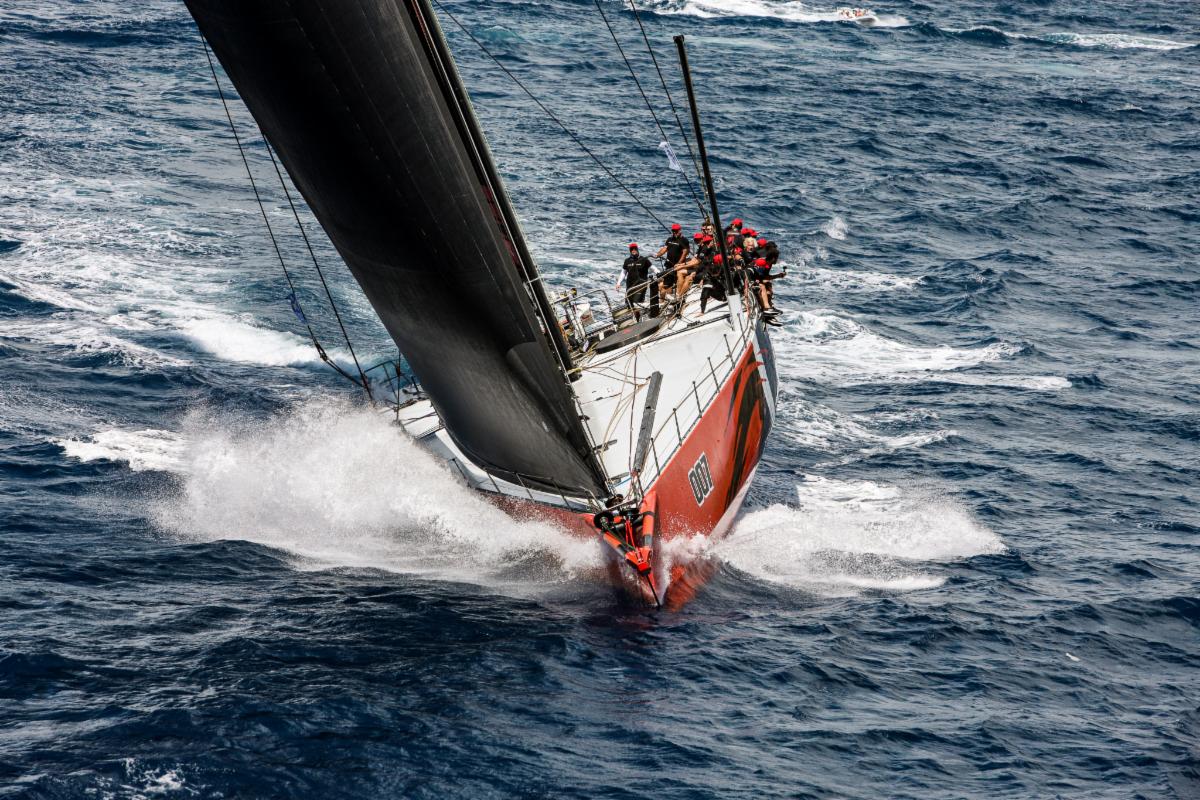 The IRC Super Zero winner has been decided with Comanche taking the prize. Pic - Tim Wright/Photoaction.com 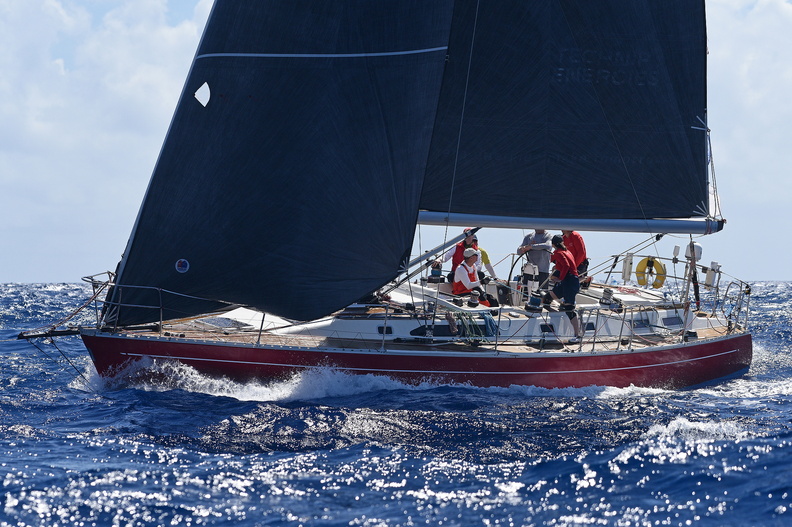 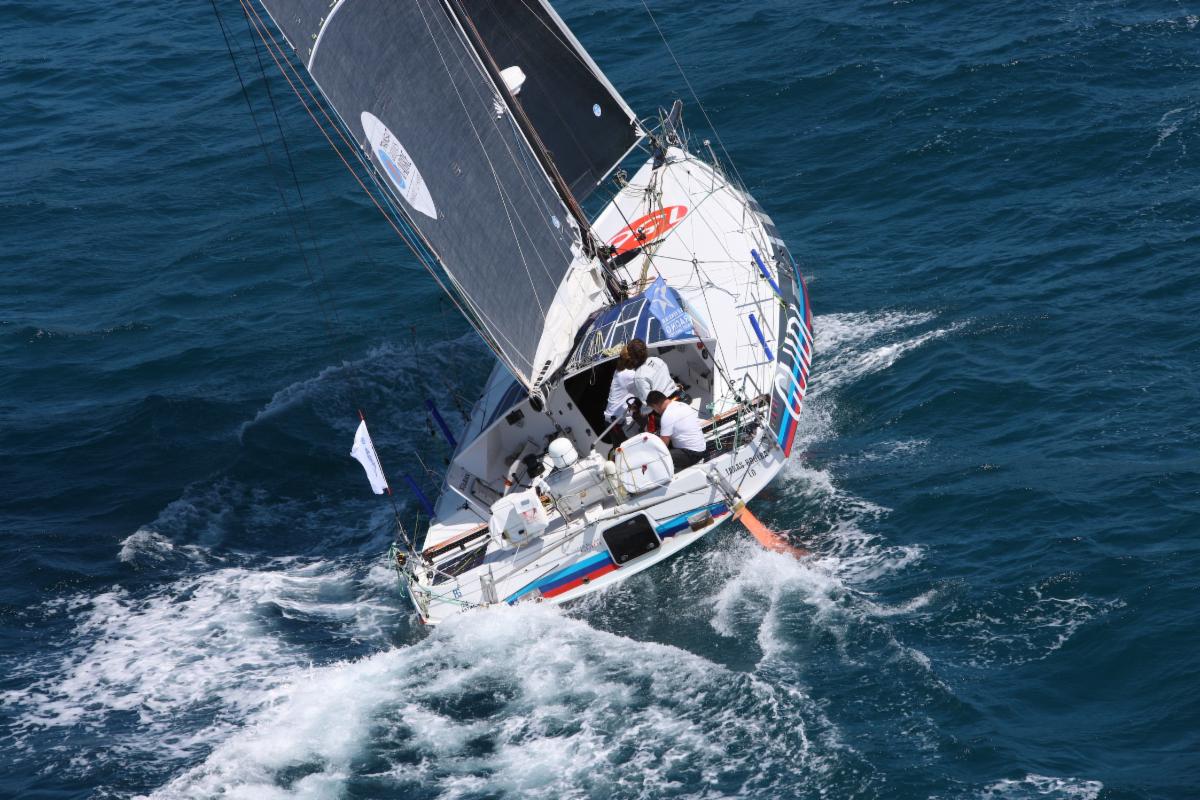 The Caribbean: On the fourth day of the RORC Caribbean 600, 23 teams had completed the race and were enjoying the hospitality of Antigua Yacht Club, with an army of volunteers providing a warm welcome and cold Carib beers dockside.

Winners are beginning to celebrate and every crew has a story of their race. More teams are expected to finish the classic race around 11 Caribbean islands today and tomorrow, hopefully in time for the RORC Caribbean 600 Prize Giving.

The winner of the MOCRA Class after time correction is Giovanni Soldini’s Maserati Multi70 Maserati (ITA); consolation for their photo-finish second place to new race record holder Argo (USA). The IRC Super Zero winner is decided with the 100ft Comanche (CAY), skippered by Mitch Booth, taking the prize. Out on the race course, still in the balance are class honours for Class40, IRC One and IRC Two. The overall winner of the RORC Caribbean 600 is still to be absolute, but should be decided today, Thursday February 24.

The VPLP/Verdier 100 Maxi Comanche has won the 14-strong IRC Super Zero Class. VO65 Groovederci Racing – Sailing Poland (USA), sailed by Deneen Demourkas came within half an hour of beating Comanche after IRC time correction, to finish the race second in the 14-strong IRC Super Zero Class. Third was Volvo 70 I Love Poland, skippered by Grzegorz Baranowski. Fourth under 15 minutes after IRC time correction was Farr 100 Leopard, skippered by Chris Sherlock with Joost Schuijff at the helm.

Deneen Demourkas has enjoyed fantastic success in one-design racing and longed to enter a team in the Volvo Ocean Race, but never did. After a long time away from racing, Deneen ‘got the itch’ and spoke with Bouwe Bekking and Luke Molloy, which resulted in chartering the VO65 Sailing Poland for the RORC Caribbean 600.

“The weather has been beautiful, racing with sea life and scenery and all with great company; this has been a lovely event,” commented Deneen. “I have never put together a team at the last minute before, but it has worked out so well. These guys just immediately jelled together and they were fabulous. The Race Office and the RORC have been very helpful; they were awesome and I do appreciate everybody’s patience.”

Groovederci Racing’s navigator Marc Lagesse added: “Some of the crew are previous Volvo sailors, we have a few America’s Cup sailors and I just kind of kept us from hitting the bricks and they did all the work. My take-away from this is that the crew always kept the boat in the fastest configuration. We were very busy racing with I Love Poland, which was a great fight that we won, but we were unaware of how close we were to beating Comanche’s corrected time, so it was a bitter-sweet finish. However, to be the first Volvo boat home is a very satisfying result.”

The Polish National Foundation’s I Love Poland (POL) was the first of six Volvo 70s to finish the race. Grzegorz Baranowski led the young Polish team and commented dockside: “Our plan was to be the first of the six to finish, and the fight to the end with VO65 Grooverderci was also perfect. This has been a tricky but beautiful race with a lot of wind holes. We have learnt a lot and hopefully we can use what we have learnt in the next race and crossed fingers, we will be back here next year to try to win IRC Super Zero!”

The Volvo 70 L4 Trifork (DEN), skippered by Jens Dolmer has retired, with minor rig damage. The boat and the crew are safely back in Antigua.

In the 19-strong IRC Zero Class, four boats finished the race on third day of the RORC Caribbean 600. Chris Sheahan’s Pac52 Warrior Won (USA) was the first to finish and leads the class after IRC time correction. One hour and 14 minutes after Warrior Won was David Collins’ Botin IRC52 Tala (GBR), which is second in class. Kate & Jim Murray’s Pac52 Callisto (GBR) finished 11 minutes after Tala to place third after time correction. Eric de Turckheim’s NMYD54 Teasing Machine (FRA) is placed fourth in IRC Zero. On Deck’s Farr 65 Spirit of Juno (ANT) has retired with sail damage. The crew and boat are safe and returning to Antigua.

Chris Sheahan’s Pac52 Warrior Won showed great pace throughout. The crack team including Richard Clarke and Stu Bannatyne, got their strategy and tactics right all the way around the 600-mile race track. Warrior Won is currently leading the race overall after IRC time correction. Thirty-four teams racing under IRC are still on the 600-mile race. Several boats still have the potential to better Warrior Won’s corrected time. However, with the breeze fading, Warrior Won is favourite for the RORC Caribbean 600 Trophy.

The Class40 battle will be decided today, Thursday 24 February. Charles-Louis Mourruau’s Guidi (FRA) rounded Redonda just after dawn on the fourth day of the race to lead the division, 35 miles from the finish. Herve Thomas’ Finnimo (FRA) is 10 miles astern with Baptiste Hulin and Clement Commagnac’s Rennes – Saint Malo (FRA) in third place, 51 miles from the finish. The wind speed has decreased for the beat to Antigua, which could shake-up the rankings for the final leg of the race.

Tom Kneen’s JPK 1180 Sunrise (GBR) is 78 miles from the finish, rounding Barbuda, leading on the water and by nearly two hours after time correction. Sunrise has enjoyed a close battle with Ed Bell’s JPK 1180 Dawn Treader (GBR), but has now pulled out a lead of 11 miles. Dawn Treader is having a boat-on-boat battle with Andrew Hall’s Lombard 46 Pata Negra (GBR). Jacques Pelletier’s Milon 41 L’Ange de Milon (FRA) is seven miles astern of the duel, but placed second in the class after IRC time correction. Sunrise is the favourite to win the class, but the battle for the podium is far from decided.

Ross Applebey’s Oyster 48 Scarlet Oyster (GBR) is 20 miles from rounding Barbuda and leads in the 12-strong IRC One Class with 100 miles to go. Five miles astern is Andy Middleton’s First 47.7 EH01 (GBR), second on the water and after time correction. Two J/122s are in a fight for third. Christopher Daniel’s Juno (GBR) and Pamala Baldwin’s Liquid (ANT) are evenly matched with 112 miles to go.