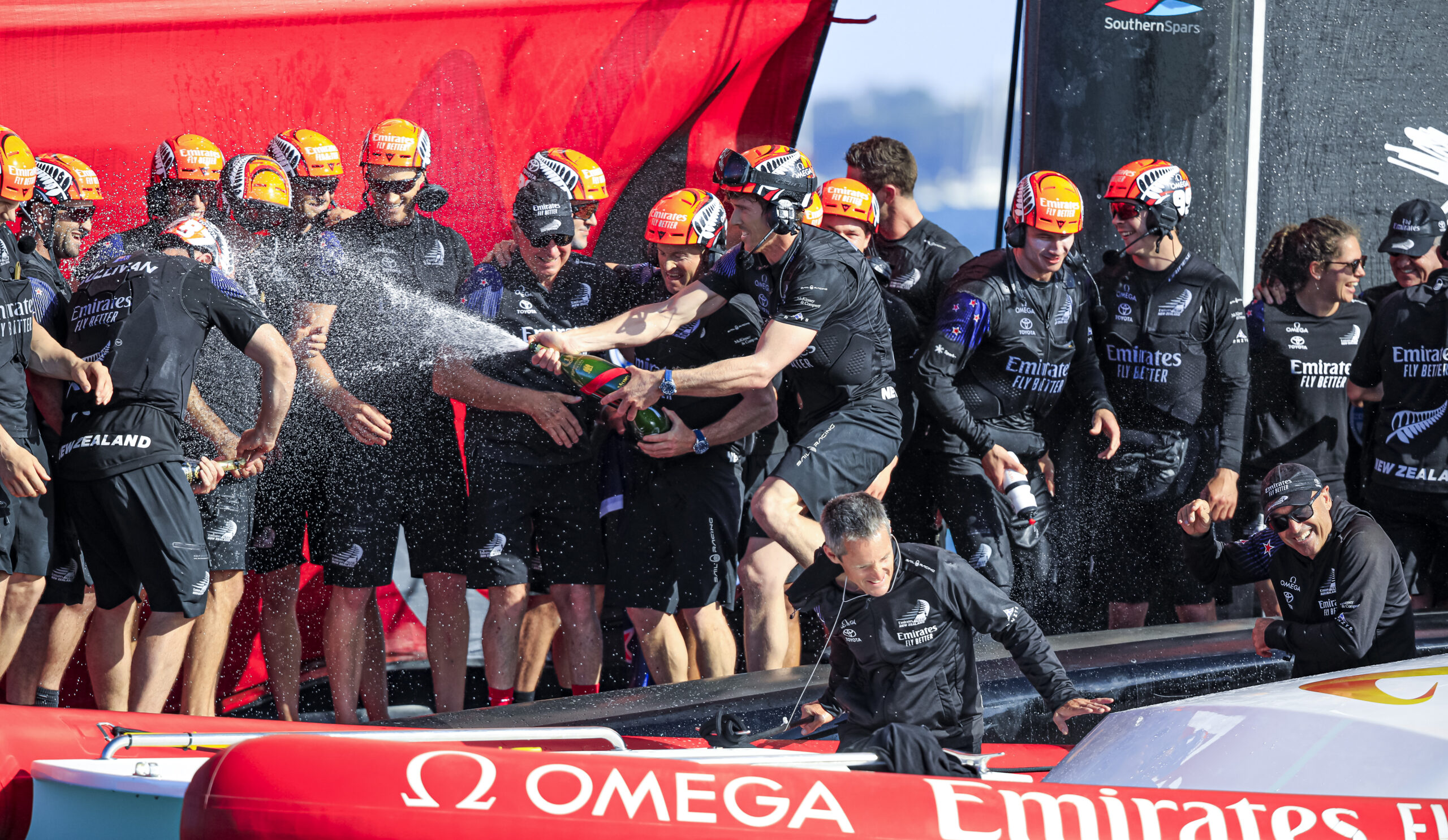 Burling is joined by Blair Tuke, Andy Maloney, Nathan Outteridge, Glenn Ashby and Josh Junior whose focus will be on the performance and development of the boat, along with the all-important strategical decision making during the 37th America’s Cup.

The complete sailing team will be further bolstered at a later date when the powerhouse grinders or cyclors will begin full time training to provide the power for the third generation of AC75’s.

Emirates Team New Zealand COO Kevin Shoebridge has been a key proponent in putting together one of the strongest line ups in the team’s history.

“Clearly we are very happy to have the depth of talent that we have in the sailing team right now. The strength of our core sailing team is clear to see, there isn’t many things in sailing that haven’t been achieved by this group of guys collectively,” Shoebridge said.

“After the finish of the last America’s Cup we had an extensive and robust review of the winning campaign and how we can become stronger. Ultimately, all aspects of the organisation must improve if we are to be successful again in AC37 and collectively improving our sailing team as a unit is an important aspect of this.”

Emirates Team New Zealand is well underway in its detailed planning of the sailing schedule for the 37th America’s Cup, with a main point of focus being on the months of September and October when existing teams are permitted to commence sailing in line with the rules of the Protocol of the 37th America’s Cup.