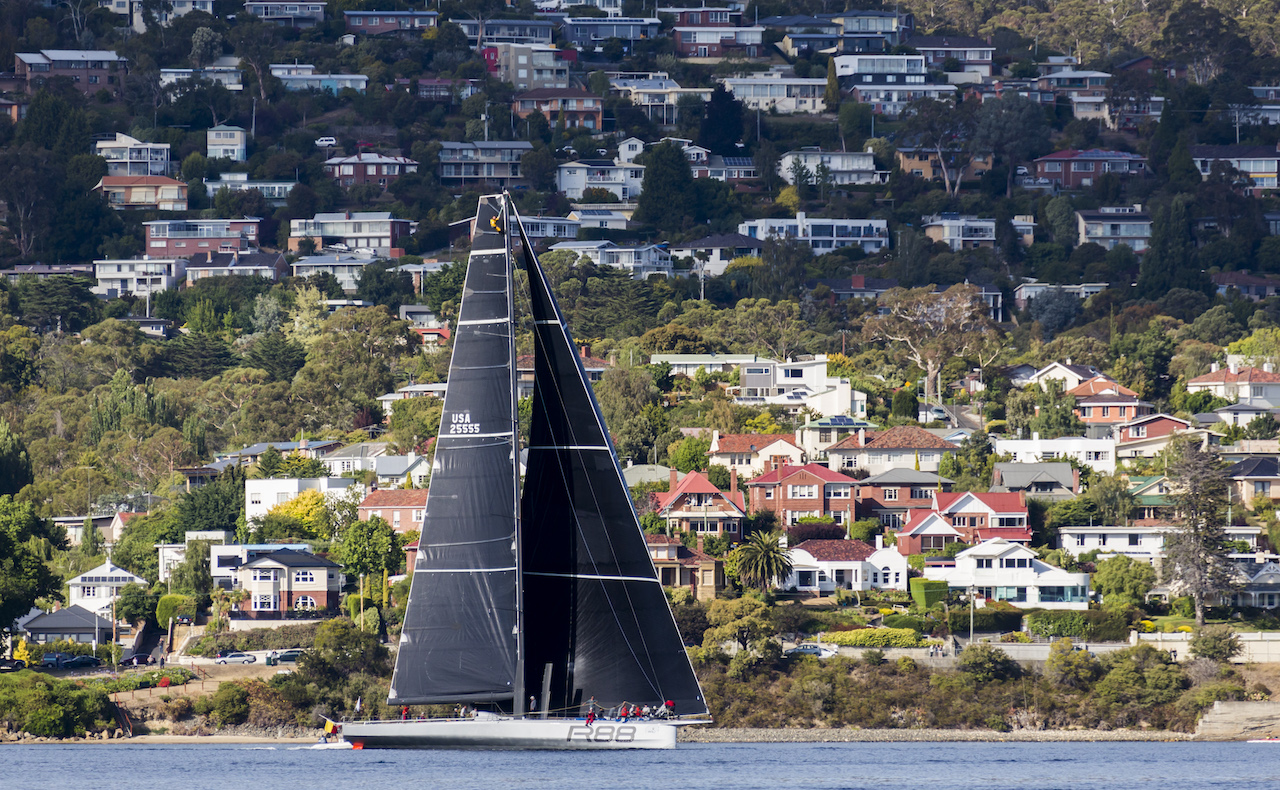 American George David brought his 88 foot Rambler from the other side of the world to win the Rolex Sydney Hobart – not line honours – he wanted to win outright and made it clear in Sydney when he spoke to the press at the Cruising Yacht Club of Australia before the race, and he made it just as plain when he stepped off Rambler in Hobart.

“This is a handicap race,” George David said. “There are a hundred boats out there and every boat is trying to win handicap. That’s where the competition is.

“Line honours is a nice thing to have. We could put some things on the boat to make her go faster, but they would hurt our rating.”

For a time yesterday, after the damage to Comanche, it looked like Rambler might just pull off the double. She had raced ahead of the stricken super maxi, and had created a huge gap between herself and third placed Ragamuffin 100. Line honours beckoned.

And on the overall leaderboard she had been steadily climbing the ladder. She had reached second place when it all fell apart.

Rambler was about to experience that special agony that the fickle winds off Tasmania’s coast have reserved for so many race leaders over the years.

“We sailed a great race,” David said. “We got through all the bad stuff with effectively no damage. We did damage to both daggerboards when we hit a couple of fish, but the boat held together and everything was great until the blower shut down.”

Rambler had run out of wind.

“Yesterday was bizarre,” David continued. “We had no air. The big high swallowed up the guys behind us then it got us too. And once you’re in it you can’t get out.”

Comanche had chosen to give Tasmania a wider birth, arcing much further out to sea. She didn’t have a lot of wind out there, but she had wind, and took back the lead while Rambler drifted.

“To add insult to injury, all the boats behind us came down with a northerly and sailed right into us,” David said. “At one point we were 60 miles ahead of Ragamuffin 100.”

The rest is history.

Comanche spluttered and surged her way up the Derwent in dying light, squeezing every drop she could from the fading breeze. Rambler and Ragamuffin 100 reached Tasman Island after Storm Bay and the Derwent River had shut down. On board Rambler a frustrating afternoon would stretch into a long, frustrating night, the two boats parked within metres of each other.

As the night wore on David watched his chances of an outright triumph evaporate.

“I knew we had lost after we had been in the hole for four or five hours,” David said.

“Ten miles further ahead and we probably would have staggered into Hobart last night,” said Rambler’s tactician Brad Butterworth, “but we just dropped out of the breeze. So that was really the race for us.”

“But that’s why you come sailing,” David chipped in. “You have good days and bad days where things just go against you.

“There is an element of luck in everything you do. The wind does what the wind does.”

In the end Rambler and Ragamuffin 100 staged an extra-ordinary, snail-paced duel up an almost breathless Derwent River this morning, with the Australian super maxi falling across the line just ahead of the American maxi.

It was gripping, but also painful to watch.

Yet after all this, George David didn’t miss a beat when asked if he would bring Rambler back for another shot.