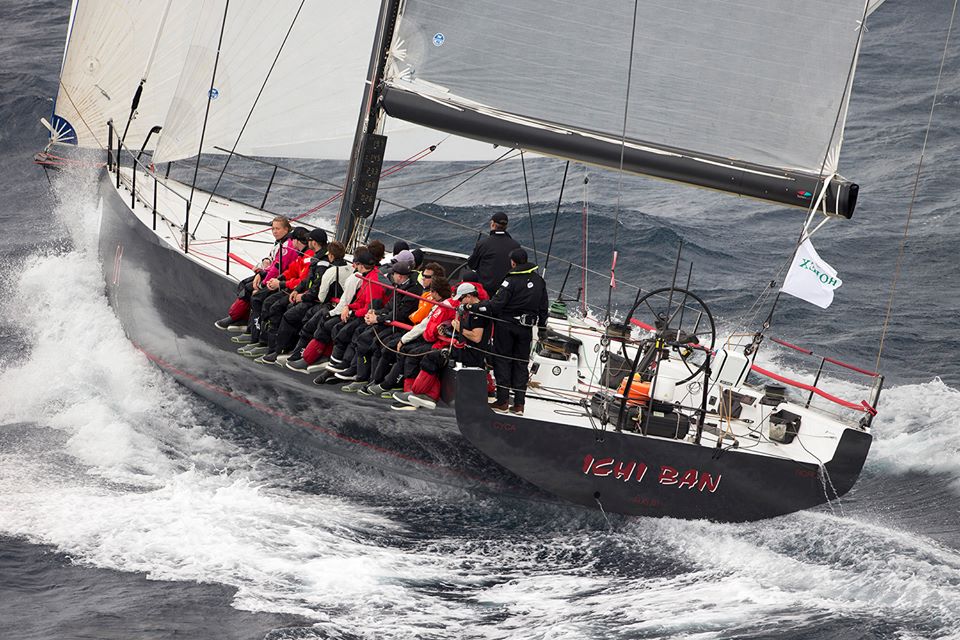 Matt Allen entered both his JV52 and his Carkeek 60 into the Rolex Sydney Hobart Yacht Race and chose the best boat according to the forecast just days before the start. Ahead of the race Ichi Ban navigator Will Oxley explained that both boats were ready and the decision was entirely Matt’s.

But now that they have done the race, he is certain they chose the right boat, the Carkeek 60. “Yep, definitely,” Oxley said when asked if they made the right decision.

“Obviously there is some conditions when one boat does better than the other. But overall we were in the right boat of the two.”

Oxley has sailed around the world five times and competed in the Sydney Hobart Yacht Race 15 times, so he has seen all kinds of weather conditions. I explained that some people had said it was the worst first night of a Hobart Race they had experienced and that it was heinous. His response…. “Relative to what? It wasn’t really out of the ordinary.”

“There was some great downwind sailing for a while, then it was just robust upwind. We had two reefs and a J5 and the boat goes really well in those conditions.”

Allen’s Carkeek 60 was designed specifically for the Rolex Sydney Hobart, so to know that they handled the conditions on the first night so comfortably is a credit to the designer. And it also goes to show, Will Oxley has seen some pretty hairy moments while sailing and this race was just “a proper Hobart.”

NOTE: Will Oxley contributes to Australian Sailing magazine. He gives advice on navigation and offshore racing.