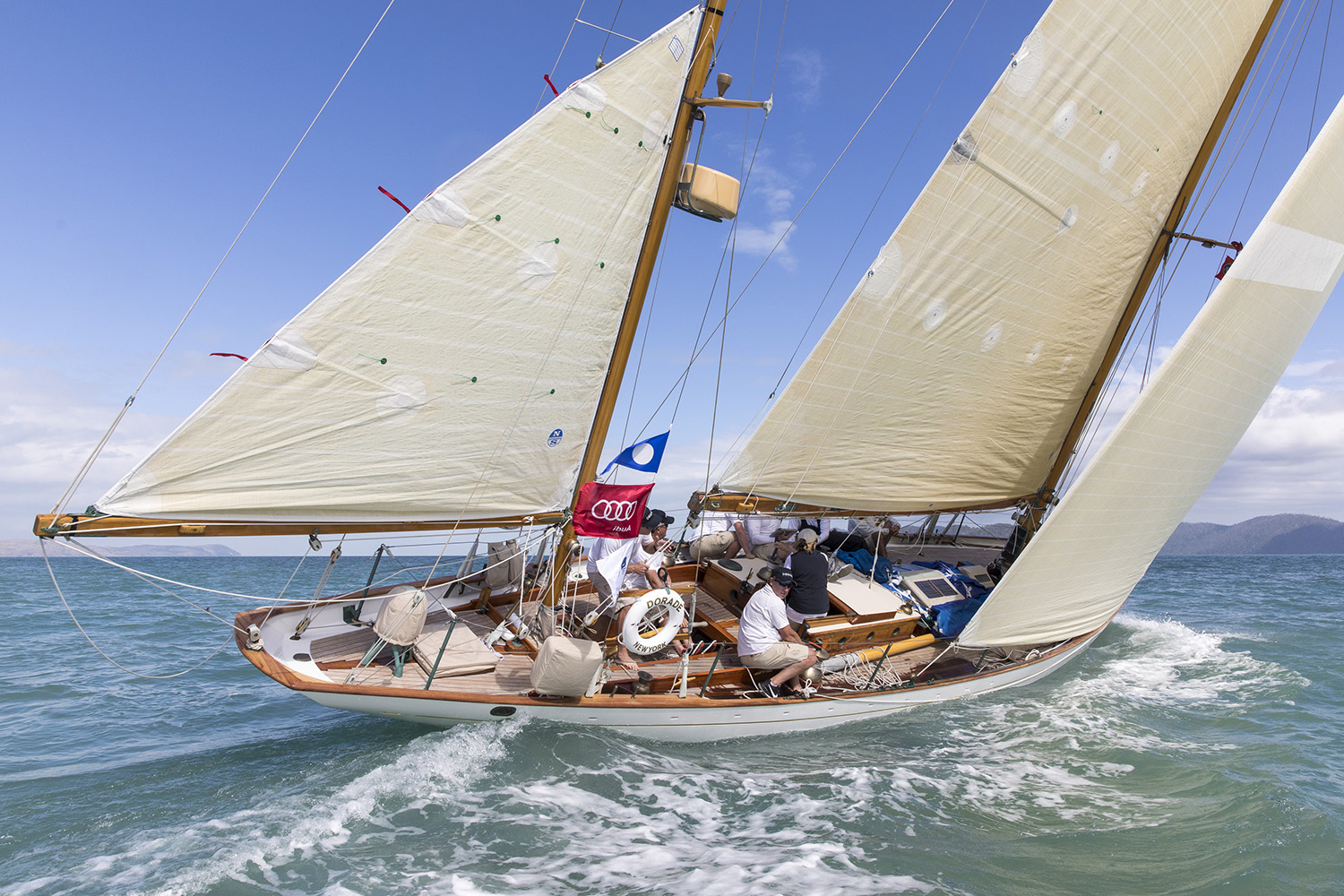 Last year’s overall winner and the record-breaking line honours victor are among the quality 110 entries, including a record 31 internationals, received by the Cruising Yacht Club of Australia (CYCA) for the 2017 Rolex Sydney Hobart Yacht Race which starts at 1pm on Boxing Day.

Giacomo, the V70 New Zealander Jim Delegat sailed to an unforgettable overall victory and inside record time in 2016 under two hours shy of the line honours victor, has been sold to David and Peter Askew and renamed Wizard. Successful yachtsmen, the American brothers broke the Key West Race monohull record with their Reichel/Pugh 74, Wizard,in January.

The pair has nominated Chris Larson, one of the world’s most decorated sailors across a variety of disciplines, as their skipper. Larson is a mainstay of their campaigns and should the conditions prove similar to last year, a second successive Rolex Sydney Hobart is on the cards.

LOYAL’s new owner is Sydney software giant, Christian Beck, who has renamed the 100 footer’ InfoTrack for the latest software company he founded.

Asked what his aspirations for the boat were, the Greenwich yachtsman responded, “To win. But more realistically, while I’m not an expert in super maxi racing, I understand the yacht has the potential to win in heavy weather conditions such as last year.

“I’m doing something I believe to be unique in that I’m integrating the boat more closely into the culture of a company than I am aware has been done with previous sponsors. We’ll have five employees from InfoTrack on the boat for this year’s Hobart. The intention is that by adding a super maxi into the company makes it a more fun and interesting place to be,” Beck finished.

CYCA Commodore, John Markos, said the Club was thrilled with the numbers and the diversity of the fleet this year: “It’s wonderful to see such a large fleet with a lot of colour and interest added by the record entry of 31 overseas boats,” he said.

“Some champions are here with new boats – and some with classics. There will be plenty to follow with interest. I am looking forward to watching the start and progress of Dorade and Kialoa 2, which took line honours in our race in 1971.

“Wild Oats X will be a contender for the Tattersall’s Cup, while big sister, Wild Oats XI, will line-up alongside three other super maxis in what is regarded as a rare gathering, for the J.H. Illingworth Trophy.

“It promises to be quite a race,” the Commodore ended.

Among other entries vying for the Tattersall’s Cup, awarded to the overall winner, is a record nine TP52’s, including the 2008 and 2015 winner, Quest/Balance, racing as Quest again. Others of interest aiming for the trophy are the Oatley family’s RP66, Wild Oats X and 1971 line honours winner, Kialoa 2 (then known as Kialoa II), now under the ownership of brothers Paddy and Keith Broughton.