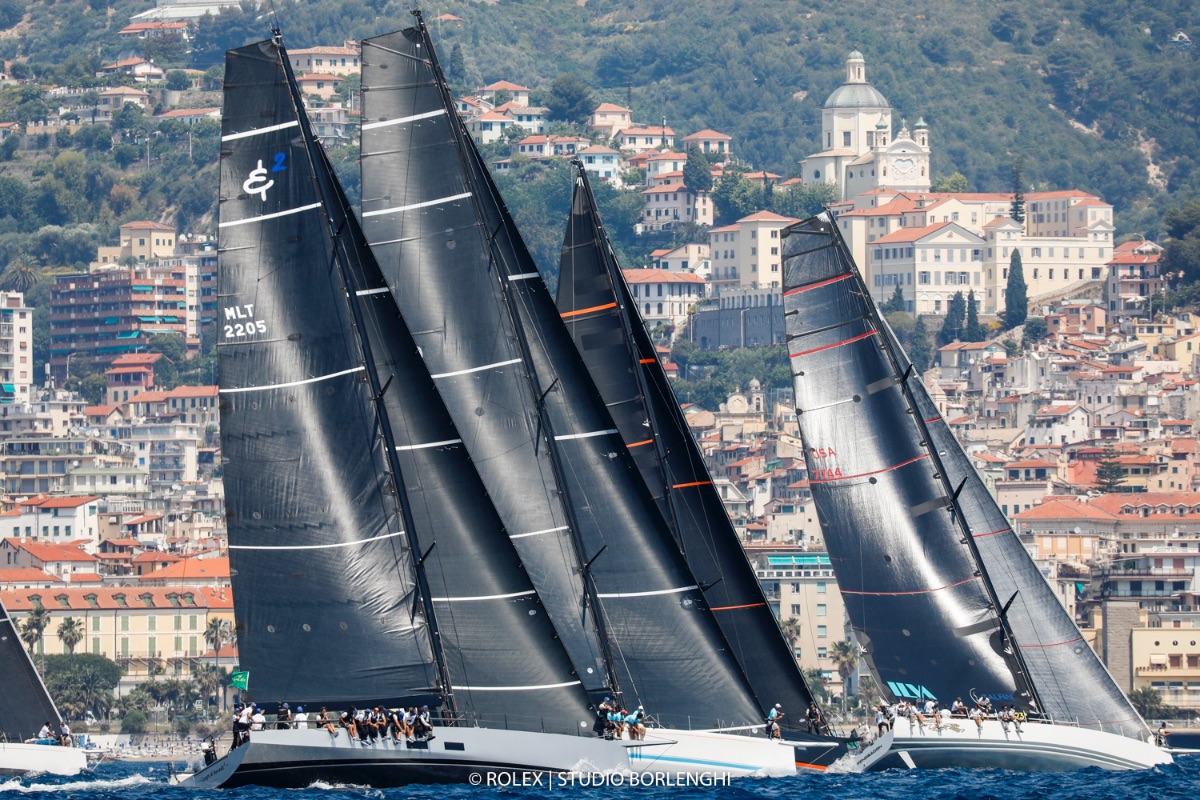 The Rolex Giraglia is ready to roll - Studio Borlenghi pic

A fleet of 56 boats will take to the starting line for the coastal race from Sanremo to Saint-Tropez in the Rolex Giraglia, with the first cannon shot to be fired at midnight in Italy.

The docks of the Yacht Club Sanremo are bustling in preparation for the 60 nautical mile race that separates – and unites – the two coastal towns. The Skippers’ Briefing will take place at 6pm, with cocktails on the docks to send the crews off in style.

All is ready at the Yacht Club Sanremo for the start of the first act of the 13th edition of the race. Competitors will cover 60 miles in the opening race to Saint-Tropez, before coastal competitions begin on Sunday, 12 June.

Sixteen nations are represented in the Sanremo-St Tropez coastal race. Scrolling through the entry list shows yachts flying the flags of Uruguay, Argentina, Turkey and the Cayman Islands as many aim for the course record held by the maxi yacht Esimit Europa, which in 2015 took only 4 hours and 52 minutes to cover the 63-mile distance.

Forecast for the midnight departure is a light westerly, rotating towards the north during the night. Navigators have the task of whether to keep close to the coast, lengthening the distance a little, but picking up more wind, or take the direct route to Saint-Tropez. The biggest boats could arrive as early as first light tomorrow, Saturday local time.

“It will be a complex race, but one that we will try to tackle with the aim of arriving in France for tomorrow at one o’clock,” commented Tommaso Chieffi, tactician and skipper of Elo II, the vessel flying the Yacht Club Italiano colours.

“We are a new crew, with a lot of young sailors on board, but we’re highly motivated. The main thing is to make good use of the coastal breezes and avoid any windless holes on the obligatory part of the course to Saint-Tropez.”

Speaking of Elo II, the Rolex Giraglia is the first race of the offshore season for the 45-foot prototype from the YCI, which is set to take part in the top regattas on the 2022 sporting calendar.

The project aims to give young athletes from the Club the opportunity to gain experience alongside a team of professional sailors who will alternate on board Elo as coaches. On this occasion, Tommaso Chieffi will be on board for the inshore races, while Ambrogio Beccaria and Mauro Pelaschier takes the reins for the long race.

During the offshore race, the President of the Barcolana/SVBG Mitja Gialuz and Sports Director Dean Bassi will also be on board, thanks to the twinning agreement with the YCI.

In Saint-Tropez, meanwhile, the remainder of the extensive fleet has arrived ahead of the start of the coastal races, with the cannon ready and primed for 11am on Sunday.

From Friday 10 until Saturday 18 June, the main phases of racing will be broadcast each day, thanks to a collaboration with Primocanale Production. Several video crews will be working on the water and ashore to bring the racing experience to the general public.

To mark the start of the long race, a live broadcast will take place from 11am on Wednesday 15 June, with interviews, stories from the regatta and recorded images of the event, along with technical commentary in real-time from the studios in Genoa and Saint-Tropez.

Live streaming will be available every day on the Yacht Club Italiano’s YouTube channel, Facebook as well as on Primocanale Channel 10 on digital terrestrial, and online tracking can be accessed at this link.

The beautiful bay of Saint Tropez will be home to inshore races of up to 35 miles for all classes and more technical windward-leeward courses reserved for the Class 0 boats. The offshore race is also open to double-handed crews.

The Race
The Giraglia was created in 1953 as a 241-nautical mile offshore race. It has grown consistently since then, and now includes a feeder race from Sanremo and three days of inshore races in the bay of Saint-Tropez. In 2022 this classic regatta celebrates its 69th anniversary.

The race is organised by the Yacht Club Italiano with the collaboration of the Yacht Club Sanremo and the Société Nautique de Saint-Tropez. With the support of: Yacht Club de France, Union Nationale pour la Course au Large (UNCL), International Maxi Association (IMA), City of Saint-Tropez, City of Genoa and City of Sanremo.

The Giraglia race is also valid as a leg of the IRC-UNCL Mediterranean Championship and is part of the IMA 2022 Mediterranean Maxi Offshore Challenge.