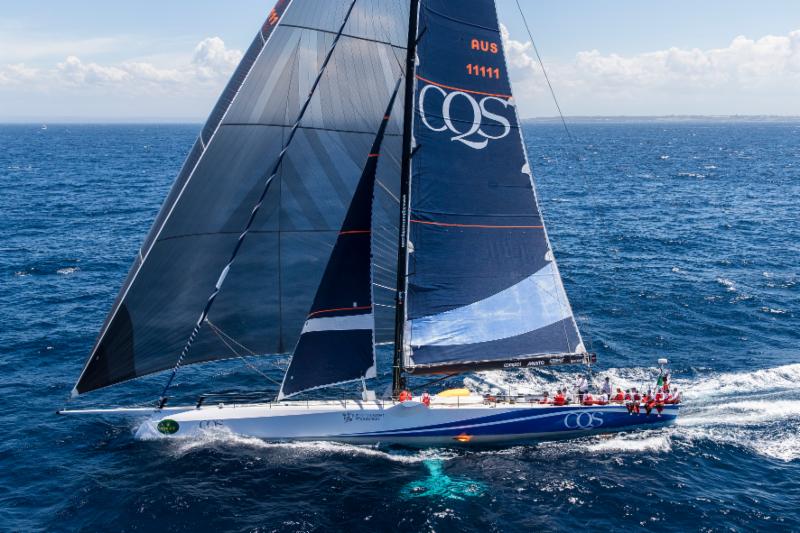 While the Judel-Vrolijk 115 Nikata will be the largest yacht competing among the 350 or so yachts starting the Rolex Fastnet Race on Sunday 6 August, the battle for line honours glory looks set to be between two titans of the grand prix racing world.

Finnish Whitbread Round the World Race legend Ludde Ingvall returns having previously put in one of the most exceptional performances in the 92 year history of the Royal Ocean Racing Club's flagship event.

Firstly in 1985, the same year Simon le Bon's Drum famously capsized, Ingvall raced on the Whitbread maxi Atlantic Privateer when it won her class. But the race which has gone down in history was a decade later, when he skippered Nicorette, the former 1989-90 Whitbread Round the World Race maxi Charles Jourdan but much modified, to line honours, finishing a massive 24 hours ahead of the next boat. But significantly that year Nicorette not only claimed line honours but victory on handicap as well.

“We won it on CHS, we won it on IMS and we got line honours,” Ingvall recalls proudly. “We walked away with 16 trophies, which was amazing. I still remember the speech at the prize giving where they said 'the Vikings have been here before and now they have come back to steal our silver!'” That race, 22 years ago, was the last occasion someone won the Rolex Fastnet Race line honours and handicap 'double'.

This time Sydney-based Ingvall is back with another weapon, and again one which is heavily modified. CQS was originally built in 2004 as the 90ft canting keel Simonis Voogd-design Nicorette aboard which Ingvall claimed line honours in that year's Rolex Sydney Hobart. During 2016, this boat underwent major surgery extending her to 100ft by fitting a new bow. Small wings were added at deck level to widen her shroud base to accept a larger, more powerful rig and she was also fitted with retracting lateral Dynamic Stability Systems foils to provide lift to leeward.

Since competing in the Rolex Sydney Hobart race, CQS has arrived in Europe and, weekend before last, set a new course record in Sweden's AF Offshore Race (Round Gotland), breaking the existing record which Ingvall had established on his previous Nicorette.

However Ingvall warns that he and the crew, that includes sponsor Sir Michael Hintze and Kiwi sailing legends Chris Dickson and Rodney Keenan, are still green when it comes to the new beast. “We are taking steps forward all the time, but everything still feels quite new and we really haven't had enough time with a regular crew.” A week and a half's training with her race crew before the Rolex Fastnet Race will help rectify this.

CQS will face stiff competition from American George David's Juan Kouyoumdjian-designed Rambler 88. She may have a shorter waterline but in her long career racing Jim Clark's 100ft Comanche, this has seemed to have made little difference: In the 2015 Rolex Fastnet Race, Rambler 88 crossed the finish line just four and a half minutes behind Comanche.

According to tactician Brad Butterworth, their fight with CQS is likely to come down to the weather. “If there is any breeze it will make a big difference as to who wins across the line. If there are any powered up situations then Rambler will do pretty well, but if it is light airs running or even upwind, it will be a struggle. The modern maxis like Comanche and Rambler have huge wetted surface so when they are not heeled you are carrying a lot of viscous drag around with you.”

Like Ingvall, Butterworth is a veteran of countless Fastnet Races dating back to 1987 when he skippered the top-ranked Admiral's Cup boat Propaganda in that year's victorious New Zealand team. Two years later he claimed line honours on Peter Blake's all-conquering maxi ketch Steinlager II. He says Rambler 88 has changed little from her 2015 configuration other than some sail development and a weight loss program. “That is why we're hoping for a bit of breeze.”

Ingvall agrees with Butterworth's assessment of their relative form going into the Rolex Fastnet Race: “Rambler is a bloody good boat with top guys and they have been sailing the boat for a long time whereas we are still learning about what we've got. CQS is very long and skinny, while Rambler is very wide and her hull stability gives her a huge advantage. We are still learning about the DSS foil which improves our stability. When it is a matter of stability and power they will be hard to beat, whereas if it is about light airs and finesse, then I think we will be pretty good because we are so narrow and low resistance in the water. It will be fun to race each other.”

The Rolex Fastnet Race starts from the Royal Yacht Squadron, Cowes at 1100 on Sunday 6th August.