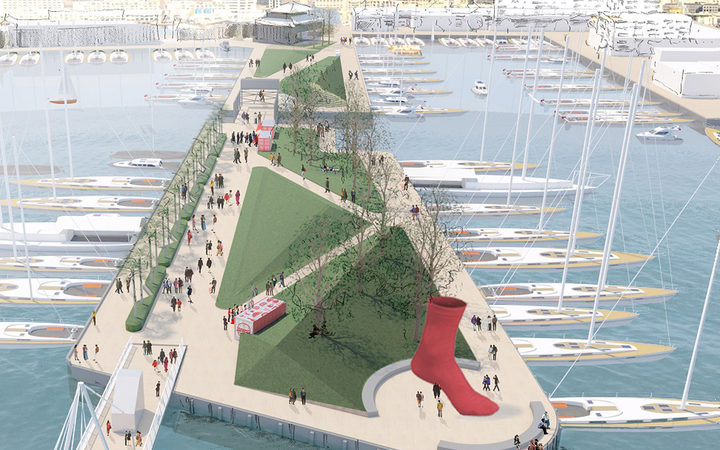 Hosting the America's Cup in 2000 and 2003 transformed the Auckland waterfront, removing unsightly relics of the past and reclaiming land on which apartments and office blocks now stand, complemented by bars and cafes overlooking the harbour. However, this redevelopment has left local government and organisers of the 2021 Match with a problem – where to locate the bases of the defender and challenging teams.

This article by Todd Niall of Radio New Zealand looks at the situation:

Team New Zealand this week switches its focus from celebrating its America's Cup triumph to planning its defence in three to four years.

The biggest challenge ahead of that defence is the creation of a venue, expected to be on Auckland's downtown waterfront, which will involve significant public investment.

The team also needs to conclude talks on the next regatta's protocol, which will set the rules over what sort of boat will be raced, the number of sailors required to be from a team's home country, and timing issues.

The venue is the most complex question. The government has already formed a ministerial group to work with the team and Auckland Council on that and other issues related to staging the event, which is comparable in scale only to the 2011 Rugby World Cup.

Auckland mayor Phil Goff is treading a cautious line, prepared to be the champion of creating a venue, but also coy on the degree to which the city's ratepayers might fund it.

“I'm one of their biggest fans, but I also have a fundamental responsibility to spend Aucklanders' money wisely, and on their priorities,” he told RNZ.