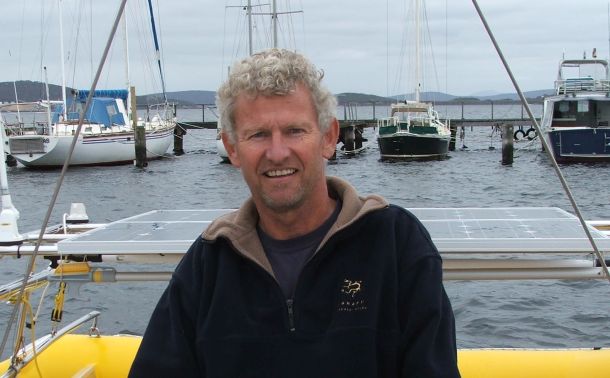 Yaffa Media has announced the appointment of Roger McMillan as Publisher of its sailing brands Cruising Helmsman and Australian Sailing + Yachting magazines and the mysailing.com.au website. McMillan was editor of Australian Sailing and mysailing from June 2009 until October 2013 and has remained as editor of the website since resigning from the magazine. He will now assume overall responsibility for the financial performance of the three brands but with existing editors Phil Ross (Cruising Helmsman) and Kimberley Wilmot (Australian Sailing + Yachting) retaining full editorial control of their titles.

McMillan said he was excited by the opportunity and is keen to implement a new way of doing business, for the benefit of readers, advertisers and the company.

“Traditionally we have looked on the two magazines and the website as three separate titles, selling advertising in isolation and with no real co-ordination of editorial. That approach doesn't work any more.

“What we're saying to our advertisers is that with Cruising Helmsman and Australian Sailing + Yachting magazines, the mysailing.com.au website, our bi-weekly e-newsletters and two Facebook pages, we're collectively reaching around 70,000 sailors, the vast majority of whom are Australian. There are only about 100,000 sailors in the whole country, so that's a major chunk of the market and more than three times what any of our competitors can legitimately claim. But perhaps more importantly, we are tracking engagement with our audience and can demonstrate that our readers are intensely interested in what we publish.

“We want to put together packages that use the appropriate elements of our media mix to generate value for our advertisers. The end result has to be interesting information for the readers, sales for our advertisers and revenue for us. If any one of those elements is missing, the whole tripod falls over.

“It's a classic case of the whole being  greater than the sum of the parts. By bringing every element of our media mix together, we can offer a very exciting package.”

McMillan will start his new role on July 1. In addition to the new management responsibilities he will continue to edit this website and write his twice-weekly e-newsletters.

“The new approach will be a lot of hard work but anyone who has read my reports from the Olympics or the America's Cup knows I've never been scared to put in long hours to get the right result. I'm looking forward to the new challenge and to working closely with fellow editors Phil and Kimberley to prove that magazines still have a huge role to play in the sailing media.