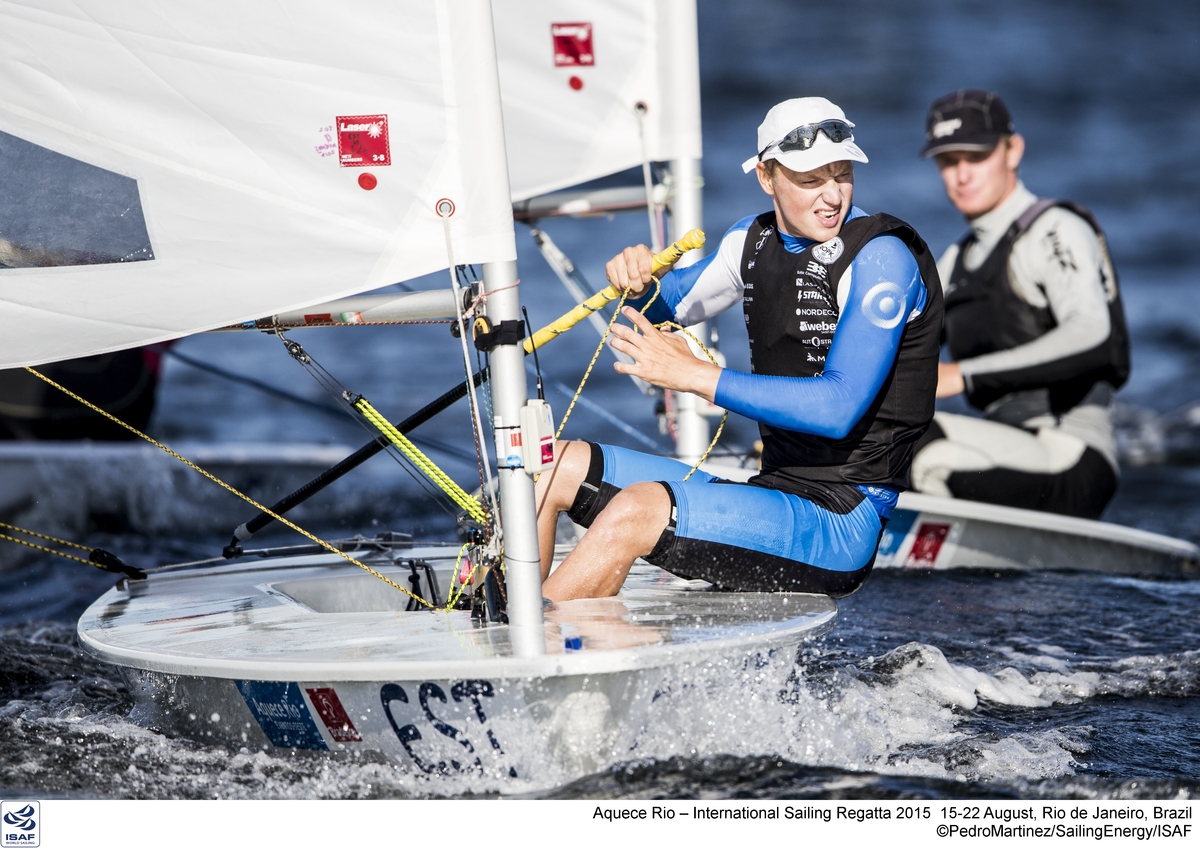 When you walk around the boat park on the morning of any Olympic sailing event it’s not uncommon to see sailors talking, laughing, enjoying a coffee or sharing some food. But those bonds cease the moment they are out on the water, competing against each other.

They may come back and share some more jokes or tales of sailing, but then they go their own way. But what happens if the only place you can go is where your rival is? You may have had a hard day racing against a tough competitor and things have not gone your way but then you have to spend time in close proximity, debriefing, eating and living with that same person.

Stipanovic is a former Laser Radial Youth World Championship winner from Split, Croatia. Rammo, a Tallinn resident, has won the Laser Europa Cup in his homeland and Limassol’s Kontides secured Cyprus’ first ever Olympic medal at London 2012, a silver. They have differences in their background but the one thing that all have in common – training out of the same camp with the same coach.

Stipanovic, Rammo and Kontides are just three from a group of sailors from around Europe that train together under the tutelage of Jozo Jakelic. The three travel around the world together competing at Laser events. They share travel costs, expenses, techniques, methods, stories and some of life’s greatest experiences.

One of those experiences was visiting Christ the Redeemer in Rio de Janeiro last August and World Sailing joined them on the trip. Watch the feature below:

Being in such close quarters will do one of two things. It will bring you closer together or it will tear you apart. Luckily for the trio, they have personalities that complement each other perfectly to form a close knit group. They have come together as one team.

Rammo was the last to join the training group and despite being younger and from a different culture, he was still welcomed in, “It took me a while to get used to some things,” explained Rammo. “Mainly cultural differences with them being from Mediterranean countries and me being from Scandinavia. But we have similar lifestyles and a similar way of life so it’s been an easy transition for me.”

Mediterranean or Scandinavian, the sailors risk friendships for a very good reason, as Kontides explains, “Being from small countries like we are and not having many sailors, this is a good way to improve and have high standards by having good people around to train with.”

Cutting costs and having the high quality sailors to train with is very important, but training hard and being in close proximity to people after the same common goal must cause friction between the group. Stipanovic is quick to acknowledge this, but also knows that friendship is a stronger bond, “We do have arguments when things happen on the water. For example, some major losses of points or something, but after a couple of minutes its back to usual. Friends.”

A couple of minutes isn’t a long time to stay mad at someone, but it’s the longer absences that Stipanovic usually notices more, “Training is fun with them. Sometimes when I’m at home training by myself I miss them. It’s easier with motivation with both of them and they always push hard every session which makes me push hard also.”

All three know that training together is a massive plus for them all. Everyone has to bring their ‘A game’ and the friendly rivalry in training only fuels the fire to improve. If one of them makes gains, it generally leads to all, as they follow the same regime with the same desire.

For three sailors like Stipanovic, Rammo and Kontides being part of a select group has its benefits. Whether it be financial or a boost in training, there is always one underlying factor which keeps them in the group, friendship.

As for our three rivals in arms, Rammo sums them up perfectly, “Once we launch we forget the friendship part and get to be rivals, but when we are back on shore we get to be friends again.”

My Road to Rio

Every sailor has a unique story to be told from how they got in to the sport to their journey to the Rio 2016 Olympic Games. Over the next eight weeks World Sailing will be exploring the various roads to Rio that some of the sailors have taken to get to the pinnacle of sport, the Olympic Games.