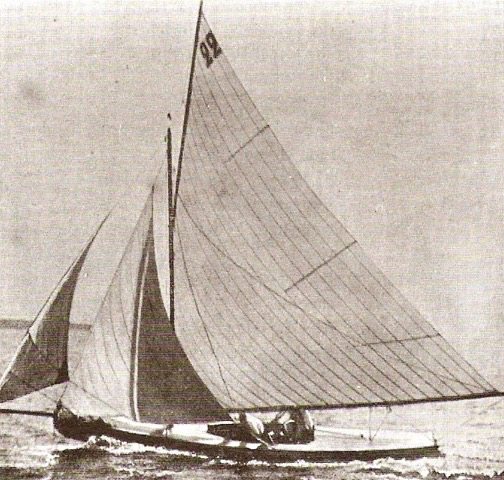 Following a no-start due to high winds at the first modern Olympic Games in 1896, sailing's 112-year Olympic history began on the River Seine at Meulan on 20 May 1900.
The venue, a small town 20km away from Paris, played host to six of the eight Olympic classes with the other two sailing from 1 – 5 August off the coast of Le Havre.

The International Yacht Racing Union (IYRU), the international governing body which would become World Sailing, wouldn’t exist for another six years. This meant there was no one established international rule-book for sailing so the 150 competitors from six nations would have followed their local rules – which must have led to some confusion on the water. It also meant that the boats were not standardized like they are today and were instead placed in different ‘Ton’ categories according to the Godinet rule which considered displacement, length, and total sail area.

Despite the lack of structure and less than ideal wind conditions the competition would be a relative success. The French were the big winners, dominating with 24 of the 39 available medals. However, despite the home-nation gold-rush, it was a Swiss sailor who captured the public attention. Hélène de Pourtalès, one of the crew of the winning 1-2 ton class, made history when she became the first ever female Gold medalist of the modern Olympic Games.