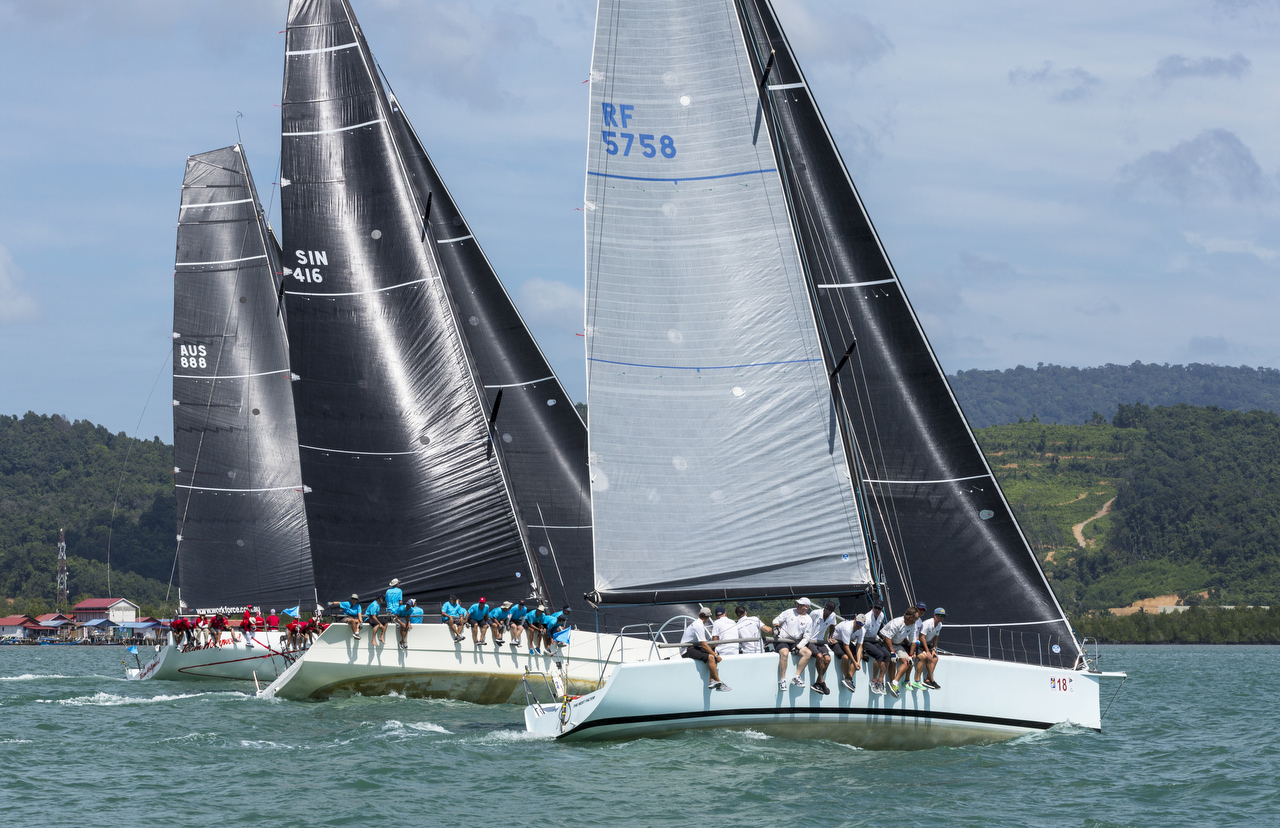 Team Hollywood lines up with others

Langkawi: Varying winds made for challenging sailing at the 30th Raja Muda Selangor International Regatta (RMSIR) and the final day of racing today was no exception, with the fleet starting the first race of the day with fair winds that eventually died down as some boats closed in on the finish line, while the final race was abandoned due to very shifty winds.

Rolf Heemskerk’s ‘The Next Factor’ held on to its lead in the racing class to go home with the overall Class 1 title and Raja Muda Cup. Team Hollywood (Ray Roberts) finished in second place overall, while former Class 1 winner, ‘Windsikher’ (Sarab Singh/Nick Burns), had to settle for third.

The Premier class was a neck-to-neck battle between ‘Antipodes’ (Geoff Hill) and ‘Colie’ (Doug Sallis) throughout the week, and today’s decider saw Antipodes pushing on to the top to reclaim the Class 2 title and the Jugra Cup.

In the multihull class, Java (Peter Waa) zipped ahead of ‘Out of the Blue II’ (Norma Noordin) early on to win the Class 7 title and Westports Cup. Class 0 saw ‘Team Hollywood’ taking the class title from defending champion ‘Windsikher’.

HRH the Sultan of Selangor, Sultan Sharafuddin Idris Shah, presented the prizes to the winners in the awards ceremony held at the Royal Langkawi Yacht Club. Prizes for the pearl jubilee regatta include the coveted Raja Muda Cup, challenge trophies, and a miniature Raja Muda Cup that was specially produced for the regatta’s 30th anniversary.

Twenty-nine boats participated from Malaysia, Singapore, Thailand and Australia. In the 2019 RMSIR, the fleet has sailed in overnight passage races along Malaysia’s west coast, to the checkpoints at Pangkor, Penang and Langkawi and in inshore harbour races.

For more information and for the official results: www.rmsir.com