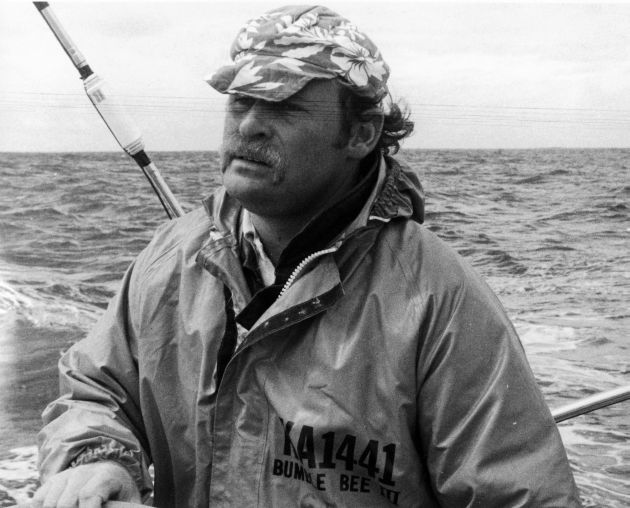 Graeme Freeman, known in the sailing world as “Frizzle”, has died in Hobart after battling pancreatic cancer. He was one of Australia’s most respected offshore sailors, boat maintenance professional and yacht-building project manager through local and overseas campaigns including three American Cup campaigns and the Admiral’s Cup international teams racing championships.

He was a gruff sailing companion who demanded the best from his crew while being an equally convivial social companion ashore.

Frizzle launched his offshore career on Des Cooper’s 36ft S&S One Tonner Maria in a memorable 1970 Sydney-Hobart race, when a southerly gale lasting 50 hours with winds to 60 knots hit the fleet. Maria was knocked down to 30 degrees beyond horizontal and broke the boom. Skipper Cooper, on the helm, was saved by his lifeline from going overboard but cut his head open badly. There were two doctors on board and they stitched the wound.

Crewman Ian Coward, in an interview published recently on the Sunshine Coast Ocean Regatta website, recalled: “The boom was broken but we jury rigged that using the spinnaker pole, then looked at each other and said, ‘What now fellas? The unanimous answer was ‘let’s head for home’ and being Tasmanians that meant they kept racing.”

Through the 1970s, Frizzle managed two offshore campaigns for Sydneysider John Kahlbetzer. In 1974, he oversaw the final stages of construction of Kahlbetzer’s Bumblebee 3, a 53-footer designed by German Frers Jr, at the Palmer Johnson yard in Wisconsin, USA. With Frizzle as sailing master, she finished second to Peter Kurts’ S&S Love and War in the 1974 Hobart race and won selection in the Australian team for the 1975 Admiral’s Cup, which finished a disappointing ninth out of 19 teams through an inability to handle the light winds and raging tides in the Solent.

Bumblebee 3 then crossed the Atlantic to contest the USA’s classic Newport-Bermuda race. She was fourth to finish, second overall on corrected time to Running Tide by a few minutes after losing 10 minutes through re-rounding a mark and won Class B.

Frizzle was again project manager for John Kahlbetzer’s Bumblebee 4, a maximum rating Frers design built from aluminium in Sydney by Paul Kelly and Chris Hough with Frizzle again the project manager. She took line honours in the 1979 Sydney-Hobart race by 7hr 17min from Bob Bell’s maxi Condor of Bermuda. She returned to the USA and took line honours in the Newport-Bermuda race.

He was sailing master on the Whitbread maxi ketch Tasmania which took line honours in the 50th Sydney-Hobart race in 1994. His close friend Robert Clifford, with Americans Tony Delfino and Larry Spiro, had acquired the Bruce Farr-designed ketch which, as New Zealand Endeavour, had won the Whitbread around-the-world race in 1993 after taking line honours in the 1992 Sydney-Hobart race. The crew, almost totally Tasmanians, worked hard for the win. Under Freeman, who was also in charge of preparing the boat, they had trained aboard her since October.

“They don’t make ‘em like Frizzle anymore,” said Clifford yesterday. “I got him his first Nigel job on the One Tonner Maria for my friend and business partner Des Cooper. I later took him to Sydney on my fishing boat after he had worn out his welcome at the local clubs. I always enjoyed the challenge of sailing with him. The team he put together on Tasmania was a credit to his leadership. He got the best out of both ship and crew. He won that for all Tassies.”