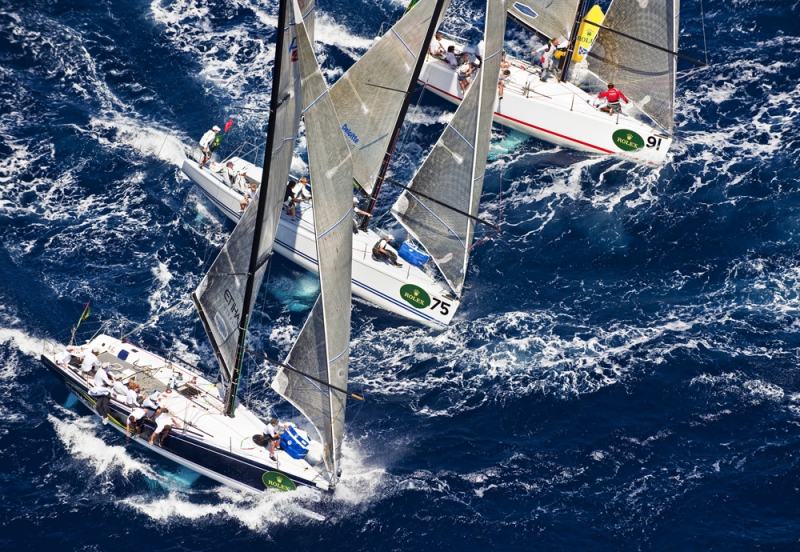 The Rolex Farr 40 World Championship officially gets underway today, Wednesday July 12th tactician's briefing where some of the world's top sailors will be present. Count on seeing Italians Vasco Vascotto, Matteo Ivaldi and Michele Regolo, the American Terry Hutchinson, the New Zealander Hamish Pepper, and the Brit Nick Rogers, twice an Olympic silver medallist in the 470 Class. As per tradition, the briefing will be followed by a Welcome Cocktail on the Yacht Club Costa Smeralda's poolside terrace.
Riccardo Bonadeo, Yacht Club Costa Smeralda Commodore: “Farr 40s are a larger sized One Design that has made history. Even now, twenty years after the launch of the first yacht in the series, these boats still attract expert owners/helmsmen and top sailors. I'm very happy that the Yacht Club Costa Smeralda is organising the twentieth edition of the World Championship of such a prestigious Class.  I want to thank everyone who is participating in the event and my special thanks go to Rolex, who offers their enthusiastic support both to the Farr 40 Class and to many of the most important regattas at our Club.”
Racing on the first day of this event is scheduled to start Thursday July 13th at noon. Up to three windward/leeward courses will be raced each day for a maximum total of 11 races. The forecast calls for north-westerly Mistral breezes that should shift towards the north-east during the weekend.
The only Australian entry amog the eight boats is Gordon Ketelby's Zen from Middle Harbour Yacht Club. See the full list of entries here.