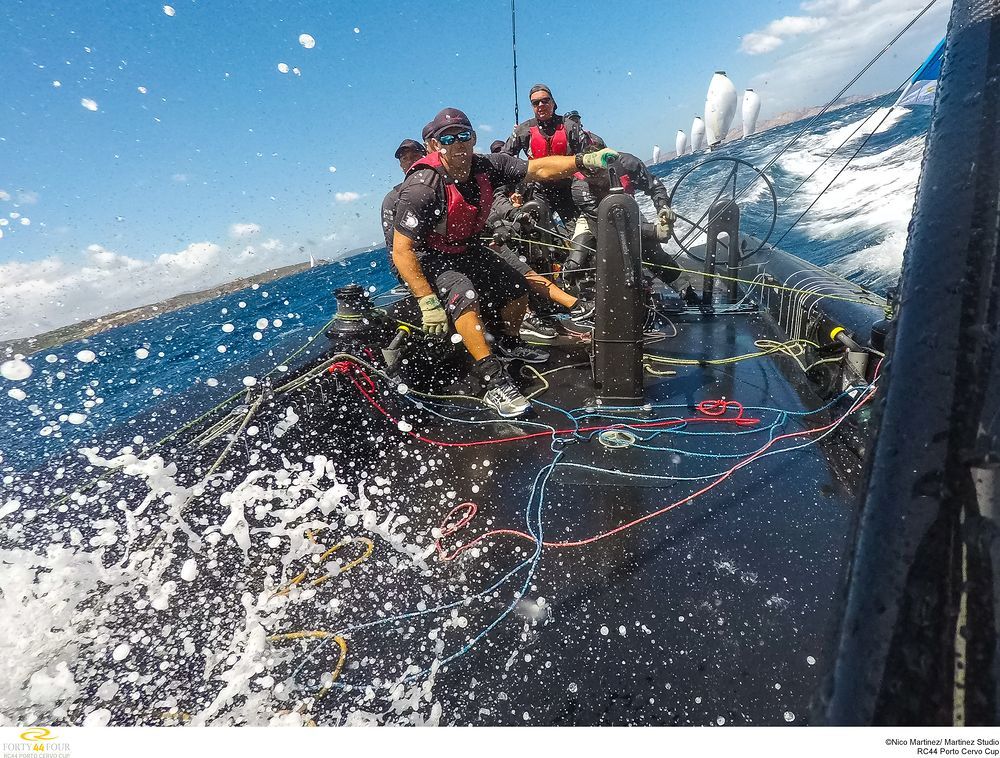 On board with Katusha. Photo Martinez Studio.

Following Emirates Team New Zealand's victory in the 35th America's Cup, there is much conjecture as to whether the 36th will be held in monohulls or multihulls. If it does revert to monohulls and “reconnects with the sailing world” as some describe it, then this is likely to be of benefit to other single hulled high performance racing classes such as the RC44.

Sailing alongside the owner-drivers in the RC44 class are many crew who have competed in past America's Cups. In the interests of equality, we polled two Italian tacticians and two New Zealand ones to get their views on what might happen and what should happen in this next chapter in America's Cup history.

“My personal opinion is that it is okay if it goes back to a monohull, provided it is high performance. Also we can't ignore foiling, because that has been such a great success across all of the sailing world. In fact having foils is more important than whether it is a monohull or multihull. They improve performance a lot, so that means we could do a very fast monohull with foils. Around 60-90ft would be the right size potentially.

“I think what happened with the cyclists on board was cool to see once, but it is not good in the long term – everyone agrees with that. Controlling everything via buttons is also not great, so maybe that should be limited. Having said that, innovation is good and we don't want to stop that. What do we want to see is more sailors back on board.

“It has also been straying a little too far away from the normal world. Like the wings – I would be in favour of staying with multihulls, but going back to a normal mast and sails, because I really don't see the rest of the sailing world adopting wings. However I do see foiling becoming more and more important. I see kids having a lot of fun foiling on monos and multihulls. For example my son, who's 11, is foiling on a Waszp (Moth): He is a big fellow and he's loving it – more than on an Optimist!

“If it goes monohull, it will connect more with normal sailing and teams will have to find training platforms. It could be any monohull as long as it is high performance.”

As to whether it is specifically Luna Rossa Team Principal Patrizio Bertelli who is encouraging a return to monohulls, Bruni doesn't believe this to be true. “I am pretty sure that Mr Bertelli likes sailing in general. Personally maybe he likes monohulls better. What he didn't like in the last Cup was the change of the rules, but he was okay with the AC72 and the AC62 – the original rule. He was excited about that and the new technology – that was not the issue.”

“What we saw in Bermuda was quite spectacular, certainly some unbelievable racing and seeing it in real life gave you a different impression of what was going on. To me it seemed like there was an extreme amount of sailing ability shown, but only by one or two people on each boat. In TNZ's case it was really Peter Burling who excelled while the rest had to rely a lot on computers outside of their basic sailing ability. I hope they make the next event more of a sailor's competition rather than a computer-driven one, so more sailors can take part.

“Then there was the physical aspect of it and it showed up Emirates Team New Zealand's ability to generate more power continuously and to divide it up better. You saw guys doing too many manoeuvres and getting behind, especially early on, but really they might as well have had an engine and taken four guys off the boat.

“I am a Kiwi at heart and very proud of what Emirates Team New Zealand achieved. In every aspect they were dominant and one step ahead.

“If they go monohull, then it will help all the classes like the TP52s and RC44s and some of the high end monohull regattas.”

“Personally I hope it will come back to monohulls. For sailors, for sailmakers, for designers and for a lot of people there is a great opportunity for it to return to a normal way of sailing. Obviously it would be tough for Emirates Team New Zealand not to benefit from the big gains they made in catamarans, but they have shown many times in the past that they are not worried about going sailing – the boat doesn't matter. They want the best for sailing and for their country, and they will want a lot of boats to come to the next America's Cup in New Zealand, to bring a lot of money to their country. That would be the smartest thing to do.

“The reality is that I am not looking for a job! I am lucky that I already have a lot of jobs. But I would like to have another opportunity to do an America's Cup to see if I am good enough, if I can be competitive and win.

“For sure, if the America's Cup goes monohull, all the monohull classes like the RC44 will benefit. I have to say that Mr Bertelli is a hero. He has shown that he wants the best for the sailing community and he has already helped many young sailors in Italy. He is a smart man and he will make the right choices with Emirates Team New Zealand.”

“The last couple of America's Cups have certainly been exciting with the foiling catamarans and there is a place in this world for that sort of sailing. But if it goes back to a lot of well-sailed monohulls, there is room for that as well. It will be interesting to see what they decide to do.

“The latest America's Cup catamarans didn't have so many sailors on board, although on Emirates Team New Zealand, most of the cyclists were good sailors too. And some boats had tacticians and some didn't. It's not the sailing we're used to, so maybe next time the boats will be more sailor-orientated. I'm sure Dalts has got his own spin on it.”

As to whether the America's Cup going monohull will benefit classes such as the RC44, Pepper says: “The RC44 is great boat. It is excellent for match racing and fleet racing. It is a planing boat with asymmetric kites. They go fast and you have to sail them well. So, depending on what happens you may see a few more teams getting into them.”