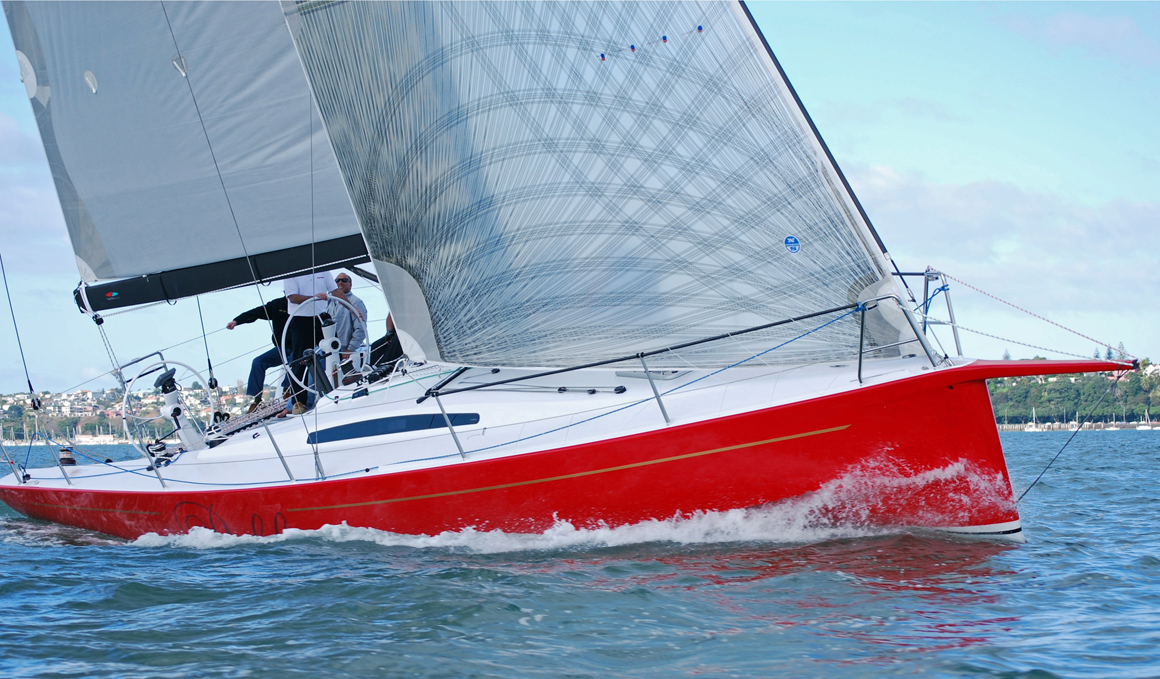 New Zealand yacht Rikki is confirmed for the Pittwater to Paradise Race and the bright red Reichel-Pugh 42 is due to arrive in Pittwater mid-December, well in time for the single line start on January 2, 2018.

He’s decided this is the year to bring his one-off RP design, built in 2011, from its Bay of Islands home to Aussie shores for a new adventure.

“Personally I like coming to Oz, it makes for a real adventure and the competition is always good,” Haslar said from abroad. “For the crew from Kerikeri Cruising Club it will be their first Pittwater to Paradise Regatta and we’re looking forward to it. Having a series after the coastal race makes the long trip worthwhile for us.”

Other than removing 300kg off the bulb given the boat was originally built a little too stiff, long-time yachtsman Ray and wife Lesley have campaigned Rikki without major alteration and taken out local titles including overall winner of New Zealand’s prestigious 2015 Coastal Classic Yacht Race.

Weather permitting, Haslar estimates a seven day crossing from Kerikeri in the North Island to clear customs at Newcastle, north of Sydney, around December 14. The timing allows a couple of weeks to recover and make the switch from delivery to racing mode before the Kiwi crew fly in and the New Year race starts from a laid line to the north of Palm Beach headland at 1300hrs on January 2.

In their size bracket, Rikki’s crew can expect to spar over the 370 nautical mile race with the likes of Phil Arnall’s Newcastle based Corby 43 Anger Management, Mark Griffiths’ Ker 40 Showtime and Bob Steel’s Mat 1180 called Quest.

The Bartercard Sail Paradise 2018 series from January 6-9, 2018 is the second part of the regatta pointscore and race entrants are eligible for free berthing at Southport Yacht Club during the short course series. Post-race the SYC will host crews and families with daily free BBQs, fashion parades and live entertainment.

To date the Royal Prince Alfred Yacht Club has received 15 entries for the Pittwater to Paradise Race with a strong fleet of 30 expected come race day. Entries will be accepted up until December 1 and thereafter a late entry fee may apply.

The club, just named 2017 NSW/ACT Club of the Year at an awards function last Friday evening, offers boat owners excellent support with online registration and many courses and training opportunities to prepare for the events.

Boat owners seeking crew or needing to gain on-water experience can contact the RPAYC about the opportunities available to place experienced crew on board and pre-race qualification.

The Pittwater to Paradise Regatta Notice of Race is available to download here. Owners can choose to enter the multihull, monohull or two handed categories and be scored under all of the popular handicap systems – IRC, ORCi, PHS and OMR.