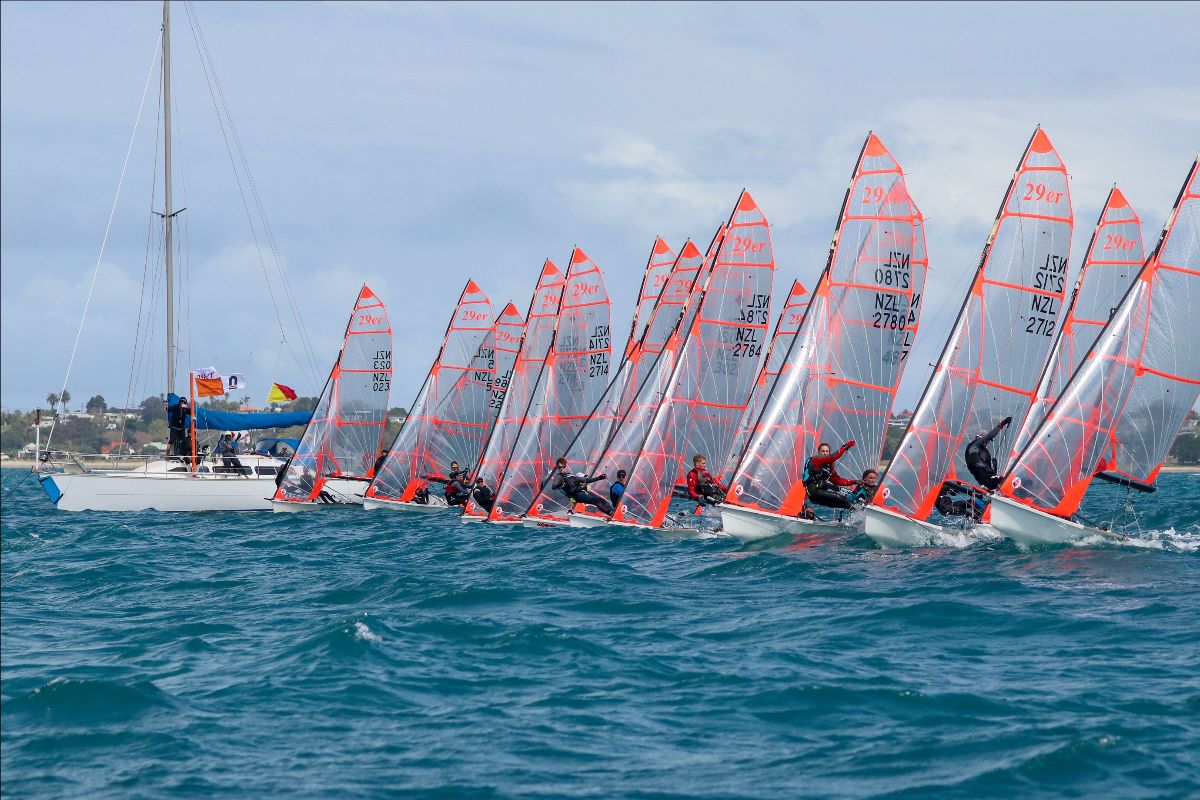 In previous years it might have been an interesting side note if five Australian crews travelled over to compete at a New Zealand national championship, but in 2021 it’s a big deal, as a quintet of teams from across The Ditch will make the trek to the Murrays Bay Sailing Club this weekend for the Barkers 29er national championships.

They are the first Australian numbered sails to compete in this country since the borders closed due to Covid-19.

“The first approach I got [from Australia] was three hours after the trans-Tasman bubble was announced,” 29er class president Justin Hamilton said. “They basically said, ‘we want to come, do you have a boat for us?’.

“The support from Australia is awesome and they obviously see it as a really great opportunity. We have five crews coming and we would have had more if we had been able to find more boats.”

That’s one of the issues right now, with demand stretching supply. A fleet of 39 boats has already registered for the national championships and Hamilton estimates there are about only 45 29ers throughout the country.

“It’s a fun, fast boat to sail,” he said. “It’s also a very competitive fleet and those at the top really like that. Watching this fleet, it almost feels like there’s three races in one. They are actually quite grouped up so if you’re not necessarily at the front you’re effectively racing a good group of similar people.

“The beauty of the 29er class is that not everyone wins every race. Just because you’re first to the top mark, you’re not necessarily going to win the race so there’s a lot more variability.”

There will be plenty of strong contenders this weekend, including the majority of all three crews who finished on the podium in the boy’s fleet last year. Defending champion Mattias Coutts is sailing with Jake Pye this time around, and George Lee Rush and Josh Schon and Brayden Hamilton and Seb Menzies are back for another crack.

There are also seven female crews, headed by Amelia Angus and Carrington Brady and Lucy Leith and Lizzie Shapland, as well as four mixed crews.

Racing starts on Saturday and 12 races are scheduled over the three days. Yachting New Zealand will also be running practice racing on Thursday from 1pm at Murrays Bay.

Entries, NoR and Sailing Instructions: https://murraysbay.org/29er-national-championships-2021/