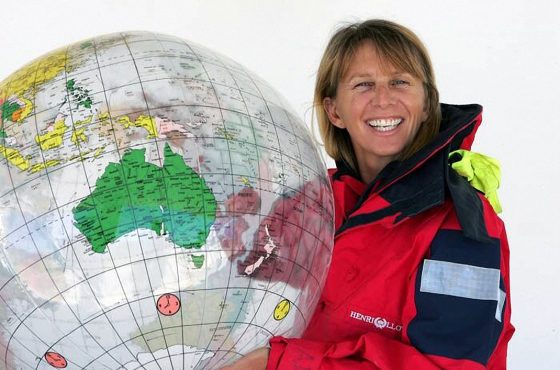 This year the inductions will be done in-person at the Australian Sailing Awards and Hall of Fame Inductions dinner in November, a welcome return after last year’s event was cancelled as a result of the COVID-19 pandemic and the celebrations done through a series of virtual announcements.

Acting as the highest level of recognition, the Hall of Fame credits various facets of the sport; from its conception in the early nineteenth century to modern competitive sailing landscape.

Nominations are welcome across two categories – the sailor or athlete category; and the general category for those who have played a critical supporting or leadership role in sailing.

Noel Robins OAM, Frank Bethwaite DFC OAM and Jamie Dunross OAM were recognised for their joint achievement as Paralympic gold medallists at the Sydney 2000 Games, as well as their impressive contribution to Paralympic sailing respectively.

Graeme Martin OAM was acknowledged for his extensive pioneering within sailing design and meteorology; including leading the design of the NS14, meteorology contribution at the 1972 and 1976 Olympics, as well as later pioneering of the Tasar and writing three highly-regarded books. More information about past inductees can be found at: https://sailinghalloffame.org.au/inductee/

“It is truly important to reflect on the rich history of success of sailing in Australia and acknowledge the people who have contributed to our sport,” said Australian Sailing CEO Ben Houston.

“The Australian Sailing Hall of Fame plays an important role in recognising those who have built sailing’s legacy, and we look forward to celebrating the latest group of inductees later this year.”

Nominations are open today and will close on June 30th 2021. Please note that nominations only need to be placed once; past nominees who have not been inducted will have their nominations roll over to the following year in perpetuity.

If you wish to nominate someone, please go to: https://sailinghalloffame.org.au/nominate/