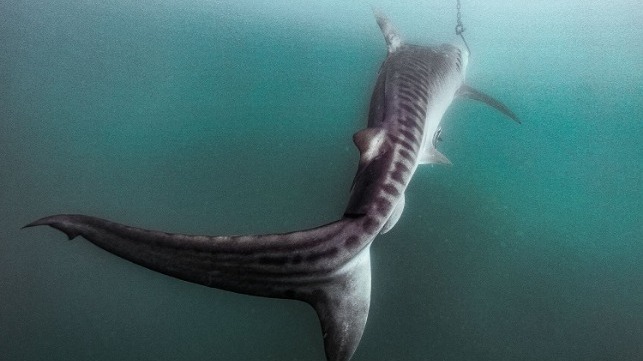 Australia's Administrative Appeals Tribunal has ruled in favor of Humane Society International and ordered an end to the lethal culling of sharks in the Great Barrier Reef.

The Tribunal found that killing sharks does not reduce the risk of unprovoked shark interactions. They found the scientific evidence to be “overwhelming in this regard.”

The ruling applies to killing by gunshot and also introduces changes to how drumlines are managed. The Tribunal ordered that drumlines must be checked more frequently, preferably within 24 hours, and that any sharks found alive on a drumline be released. It also ordered that tiger, bull and white sharks must be tagged before being released alive off shore. Smart drumlines are to be trialed and implemented in the Great Barrier Reef Marine Park as soon as reasonably possible and non-lethal alternatives to drumlines must be researched.

Since July 2016, at least 432 animals drowned on lethal drumlines within the Great Barrier Reef and at least 91 sharks were found alive and then shot dead by a contractor employed by the Queensland Government.

Based on the evidence presented, the Tribunal concluded that the tiger shark has undergone a significant reduction in its population in the Great Barrier Reef. Tiger sharks are the most frequently caught shark in the Queensland Shark Control Program, and their numbers have dropped by up to three quarters in Queensland waters.

The Queensland government has long been criticized for using what Humane Society International says are out-dated, cruel and ineffective shark control measures which kill non-target species.