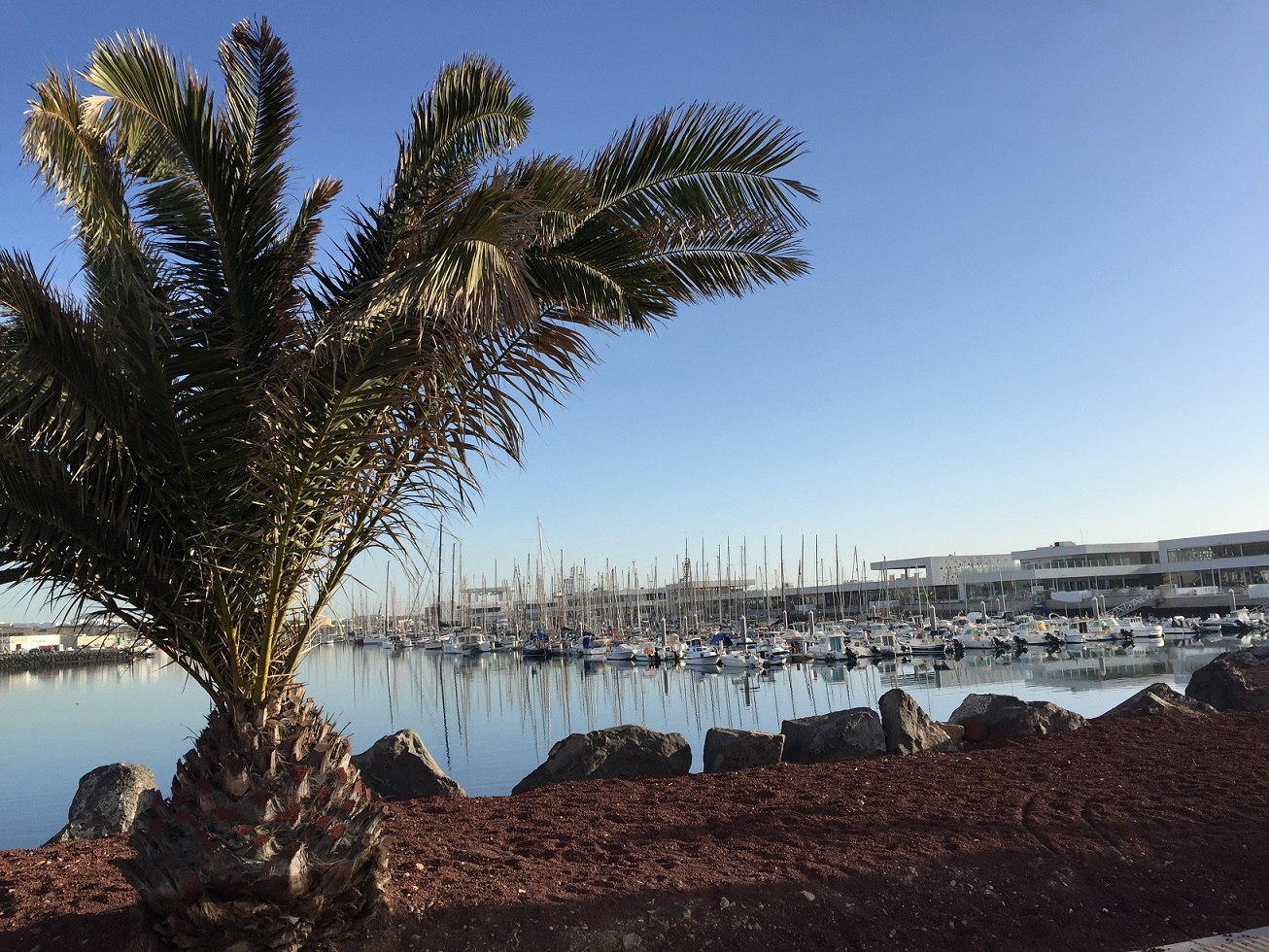 22/11/2017
The start of 4th edition of the RORC Transatlantic Race – the first leg of the Atlantic Anniversary Regatta – is just a few days away and crews from the record fleet are making their last preparations prior to the 3,000 mile race. Twenty-two teams with sailors from all over the world have gathered in Arrecife's Marina Lanzarote, excited at the prospect of taking the challenge of racing across the Atlantic. For several of the young competitors in the race, this will be their first transatlantic crossing, but for others, like legendary Spanish six-times round the world circumnavigator and Volvo Ocean Race sailor, Guillermo Altadill, the RORC Transatlantic Race will bring the number of his Atlantic crossings to 19!
“Marina Lanzarote has been looking forward to the RORC Transatlantic Race ever since the last event a year ago. We are all in and ready for it,” smiled José Juan Calero, Calero Marinas Managing Director. “For us it is exciting and amazing to see how the event is growing each year, with more boats and competitors from many different countries. This year we are hosting both the RORC Transatlantic Race and the RC44 regatta and both are enjoying the atmosphere at Marina Lanzarote, sharing the environment and the hospitality. All of our team will be doing their best to ensure that all the competitors have everything they need for the race.”
Marina Lanzarote is already bustling with activity prior to the start of the RORC Transatlantic Race on Saturday, with competitors making use of the excellent facilities at the state-of-the-art marina. Varuna, Jens Kellinghusen's German Ker 56, Eric de Turckheim's French Nivelt-Muratet 54 Teasing Machine, and Roman Guerra's Volvo 70 Monster Project were making excellent use of the 820-tonne crane and dry dock.
“Teasing Machine arrived from Malta last week on a cargo ship after a demanding Rolex Middle Sea Race,” commented Teasing Machine's Volvo Ocean Race winning tactician, Laurent Pages. “We didn't have any major failures in the race, but it has been very useful to check under the boat in Marina Lanzarote before that start of the RORC Transatlantic Race on Saturday. In the next 24-36 hours our container will be shipped from here to Grenada in the Caribbean, so we are concentrating on preparing that today. We will be going out testing the boat later today and for the final couple of days we will be focusing on the tactics and strategy for the race.”
Well over 100 competitors attended a welcome reception held on the spectacular rooftop terrace at Real Club Náutico de Arrecife. Competitors enjoyed complimentary drinks and tapas courtesy of Calero Marinas and a great evening was had by all as crews enjoyed meeting other teams taking part in the combined westbound Atlantic Anniversary Regatta and RORC Transatlantic Race. Later today, youth sailors from the Real Club Náutico de Arrecife and students from the Maritime College will come to meet competitors and have a chance to look around some of the yachts taking part; ranging from the smallest, JPK 1010, Jangada, being sailed by British duo Richard Palmer and Rupert Holmes, to one of the largest, 96ft (29m) Southern Wind 96, Sorceress.
ENTRY LIST: The latest list of entries can be found at: http://rorctransatlantic.rorc.org/entries/entries-expressions-of-interest.html