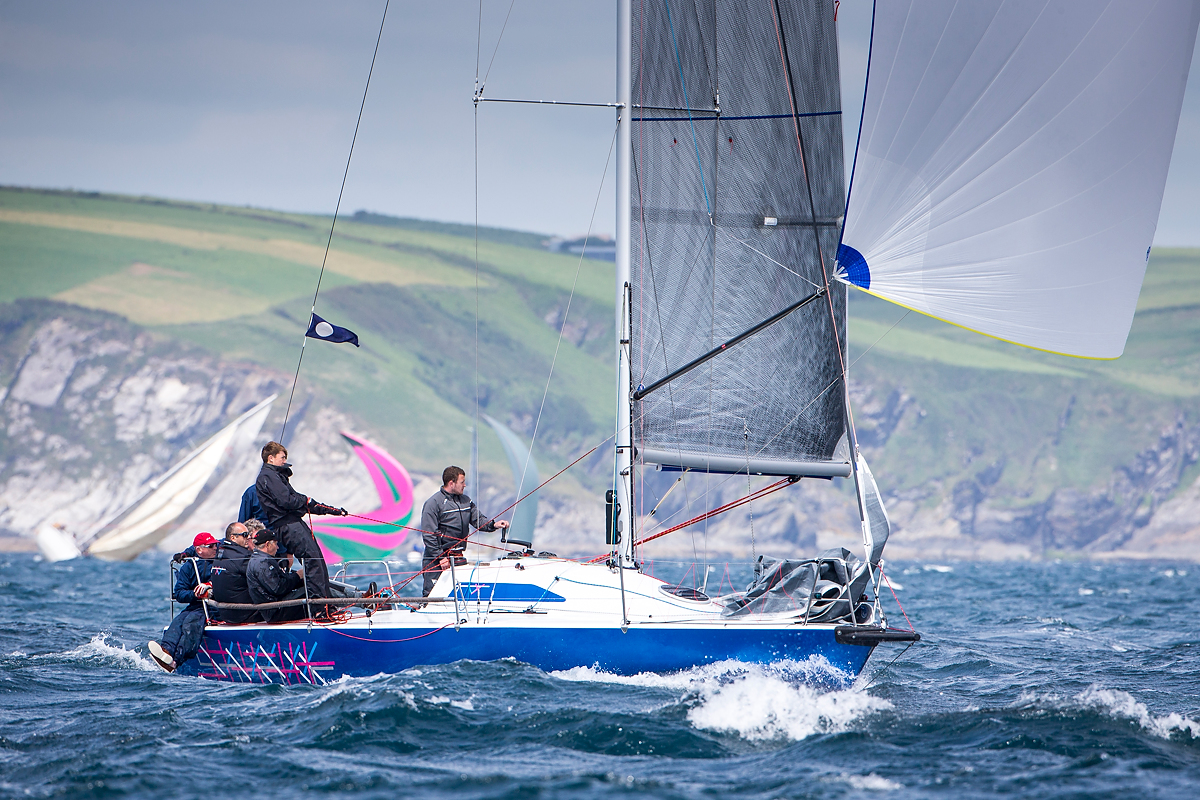 With a 21-strong record entry, three new boats, a formidable defending title-holder and a two-times runner-up all in the mix, next month’s Euro Car Parks Half Ton Classics Cup has all the ingredients for a memorable championship (Sunday 13th to Friday 18th August 2017, Kinsale YC, Ireland).

New owner Phil Plumtree will carry on Swuzzlebubble's pedigree and will be aiming to make 2017 her third title win since successfully launching in 2014 under Peter Morton.  Greg Peck followed this with victory again in 2016 so on paper appears to present a huge challenge and a good reason to be the bookies favourite.

But three new boats represent unknown challenges and include Checkmate XVIII owned by Nigel Biggs, Paul Wayte’s brand new un-raced Headhunter and Kinsale’s own George Radley whose new Half Tonner Cortegada should have the edge for local knowledge.

However, a handful of other contenders could yet upset the form guide.

Trastada from Scotland also has a strong track-record as does General Tapioca from Belgium that has several titles under her belt.  The Kinsale championship represents unfinished business for Paul Pullen’s gorgeous Falmouth entry Miss Whiplash who has been runner-up for the last two years and he will be on a mission to take the Cup in 2017.  There are also six Irish boats participating, all of whom have had success but Dave Cullen’s recent victories on Checkmate XV at Dun Laoghaire Week and the Sovereigns Cup places him best of the home fleet.

Amongst the six nations taking part, Finland will be represented by Superhero that is campaigned by long-standing Finnish Sailors Toni Stoscheck and Janne Tukolas.

Meanwhile, the ethos of the class will also be to the fore as the “True Spirit Award” remains the ultimate accolade for the boat that encompasses the spirit of the Half Ton Class and is open to any boat to win. “Gladiatorial on the water but best friends ashore” the class has a unique spirit where everyone shares and helps each other while protests are seriously frowned upon.

Pre-event front-runners for the award include Ian Van Burm’s beautiful evergreen wooden Half Tonner Fantasy and previously demonstrated the class spirit by sailing to the 2007 event in Dublin all the way from Belgium.  Patrick Dijoud’s Pivoine will arrive by sea this year from France as the class’s newest addition.

One thing all of the teams are guaranteed is competitive racing under the stewardship of PRO Anthony O’Leary, plus a huge welcome from Kinsale Yacht Club and a week-long party that few will forget.

As well as being one of the most picturesque locations in Europe, Kinsale YC as the host venue is situated in the heart of Ireland’s culinary capital and is an area steeped in maritime history.