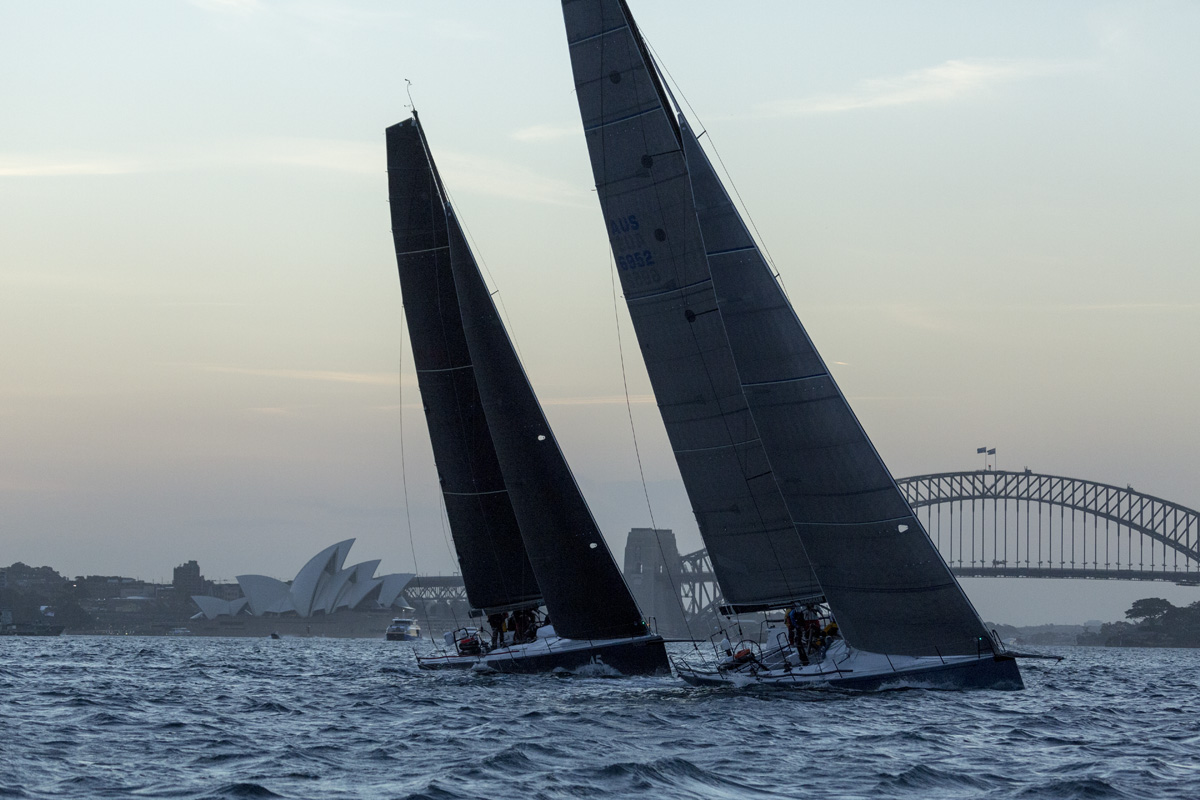 Twenty-nine yachts are set to line up for the start of the Blue Water Pointscore Newcastle Bass Island Race this weekend, representing the greatest number of competitors in the event’s short but successful five-year history. The 215-nautical-mile challenge marks Race 3 of the series and will kick-off from Sydney Harbour at 7pm this Friday 12 October.

After the start off Point Piper, the fleet will race to the Heads and turn northwards into the open ocean making for Newcastle. Arriving at the steel city, the fleet will round the Sygna mark off Stockton Beach, before setting a course for Bass Island, roughly 100 nautical miles south. Lying 1.65 nautical miles off Wollongong, the island is the southernmost turning point for the Race, which once around, sees competitors double-back, returning to Sydney Harbour, and the finish line in Rushcutters Bay.

Jim Cooney and Samantha Grant’s VPLP Design Comanche takes the line for their third BWPS race this season, having entered the entirety of the series this year. After a third place across the line in Race 1, the super-maxi was able to back up in Race 2, claiming Line Honours and smashing the race record by more than one hour.

Matt Allen, also riding on recent success in the BWPS series having won the IRC division in Race 2, is once again a strong contender. The current race record holder, earned when he flew to Line Honours victory in 2014 with a time of 20 hours, 52 minutes and 49 seconds in his Carkeek 60 Ichi Ban, Allen has chosen to race his Botin-designed TP52 of the same name in this year’s race.

Zoe Taylor, and her Cookson 12 Grace O’Malley, named after the 16th Century Pirate Queen of Ireland who inspires her, is another among the competitors looking for another coveted BWPS victory. A non-believer in gender barriers, Zoe has previously sailed two-handed around the world and joins Sibby Ilzhofer, herself a Jane Tate Memorial Trophy winner for the first female skipper in the Rolex Sydney Hobart Yacht Race, among the female skippers vying for the win in this Race.

For Army Sailing Club’s (ACS’s) Jarkan 925 Gun Runner, Newcastle Bass Island represents another amazing opportunity to get offshore and test our soldiers in largely unfamiliar conditions. Each year Gun Runner competes in 70 races, travels 2,500 nautical miles at sea and completes 15 adventure training activities, all with a crew of soldiers who have never sailed before. ACS Commodore, Lieutenant Colonel Maurice “Reece” Young, knows the value that this kind of training brings.

“Gun Runner introduces about 200 soldiers to sailing each year, aiming to strengthen and build courage, one of our core Army values,” says Reece

“We take soldiers offshore and get them straight on the helm, right out of their comfort zones into unfamiliar and uncertain environments. Our soldiers build initiative and teamwork as well as respect for each other and the ocean. As any skipper will tell you, if you have a crew who are working together, willing to learn and have a bit of ticker, you’re going to have a great race.”