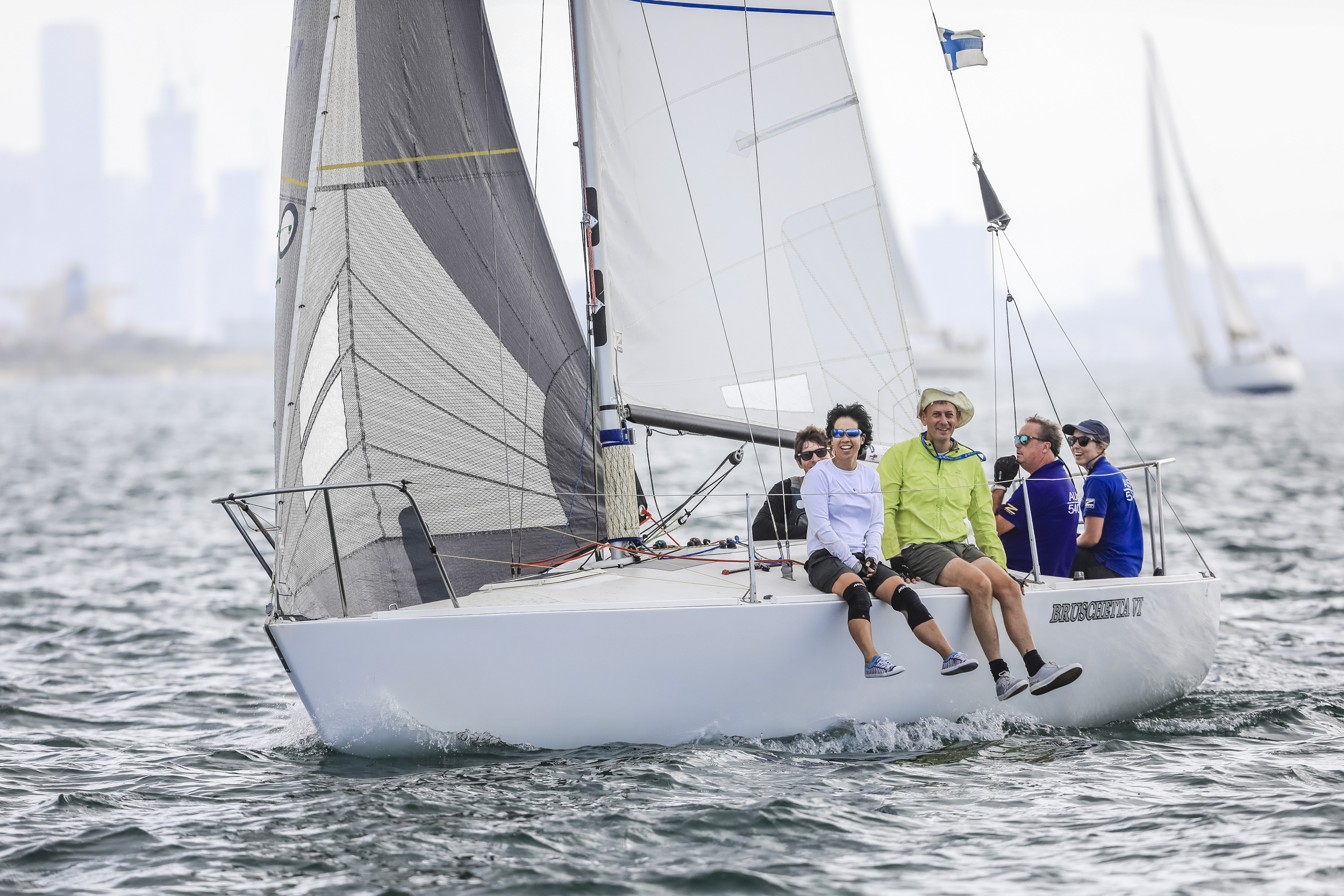 The Melbourne to Geelong Passage Race line honours contest finished in spectacularly close fashion; four grand prix boats closing in on the finish line within 200 metres of each other in the Festival of Sails’ opening event.

Two start lines of around 230 boats combined set off from Williamstown at the top of Victoria’s Port Phillip at 9.30am in light south-east winds.

The lead monohull, Marcus Blackmore’s Sydney-based TP52 Hooligan, completed the 32 nautical mile sprint to Geelong in 3 hours 23 minutes. For the rest of the afternoon, boats streamed into Corio Bay in a 15 knot south-easter as the waterfront crowd swelled on Australia Day, January 26.

Amazingly for many crews, it was a one tack race, with plenty of reaching legs and spinnaker rides. The last boat finished just before 5pm, well before the evening’s entertainment, including a fireworks display.

Second over the line, plus the Rating Series Division 1 winner, was Geoff Boettcher’s TP52 Secret Mens Business from South Australia. Third to finish was Matt Allen’s Ichi Ban (NSW), winner of Division 1 at the Australian Yachting Championship which wrapped up two days ago at the Royal Melbourne Yacht Squadron.

“Handicap is what it’s all about,” Boettcher said. “We’ve never had three boats swapping positions like that. All the way across, the TPs were neck and neck. We all had a go, we were gentlemanly about it though… ‘You go through to the front…no you, it’s your turn’.

“We found a few light patches; it kept the crew busy keeping the boat moving at maximum speed. It was excellent racing, now we’ve just got to keep it up.”

The Rating divisions switch to windward/leewards on Sunday starting at 1230hrs in the outer harbour. The forecast is west to south-west winds 10 knots tending south during the afternoon and increasing to 15-20 knots.

Regatta director Denis Thompson and his team were delighted the wind came in stronger than forecast and that the afternoon sea breeze was able to gather up the back-markers and deliver them to Royal Geelong Yacht Club well before dark.

Gill VX One Australian Championship
In tandem with the Melbourne to Geelong Passage Race finishing off RGYC’s marina, three classes began their national titles on Corio Bay; the VX Ones, J111s and sports boats.

Three races into the Gill VX One Australian Championship, it is no surprise that defending champ, Alan Moffatt’s Mack One from Queensland, leads Brett Whitbread’s Supervax 24/7 and Weapon of Choice (Fred Kasparek).

Full results and all information: http://festivalofsails.com.au/