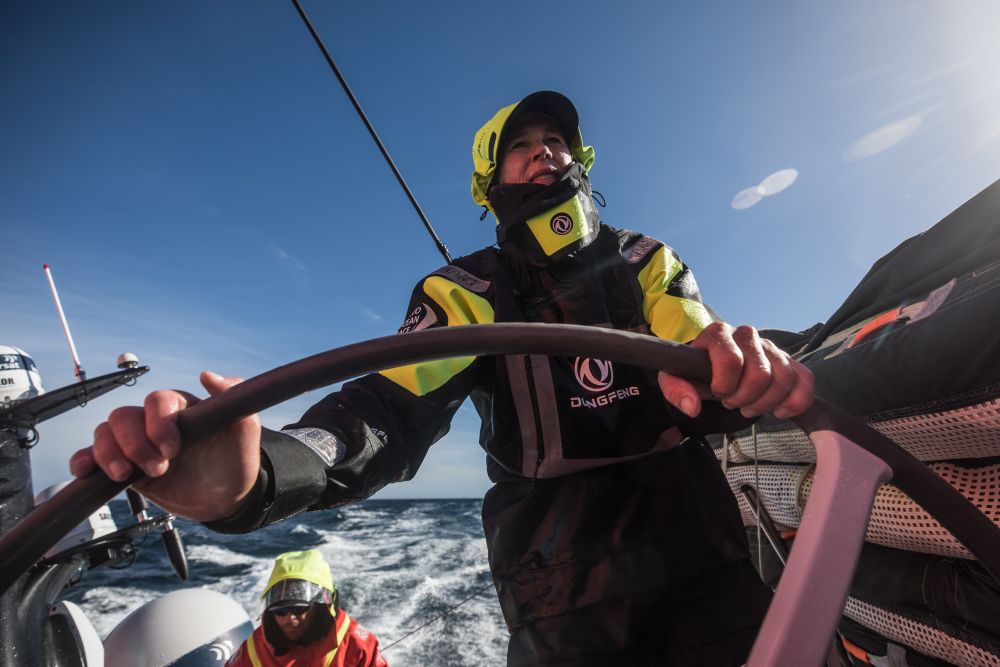 Carolijn Brouwer at the helm of Dongfeng in the VOR - Martin Keruzore/Volvo Ocean Race.

Just before the Mayor of The Hague/Scheveningen, in the presence of Ambassador of New Zealand Mrs. Walker, symbolically opened Head Quarters, Tienpont presented Dirk Kramers as Lead Designer. Dutchman Dirk Kramers (living in the USA) has been involved in 11 America’s Cup campaigns of which many were cup-winning.

Furthermore, Tienpont presented Peter van Niekerk, two times Olympian and two times America’s Cup winner with Team Alinghi, as Team Manager. Van Niekerk will be teaming with Carolijn Brouwer in developing Team The Netherlands. Both Van Niekerk and Brouwer feel the richness of the talented Dutch sailors who were on top of the medal ranking at Arhus 2018 Sailing World Championships.

Carolijn Brouwer, who recently finished second overall in the Rolex Sydney Hobart, is a two-time World Sailor of the Year, three-time Olympian and winner of the last Volvo Ocean Race with DongFeng Race Team, is named to helm the Dutch AC75, a unique situation.

Elementary in the DutchSail Campaign, is that the AC75 and the test boat be built and developed by an intensive collaboration within the Dutch maritime and aviation industry. The willingness to show the world the renowned innovation capacities of the industry is much needed, as the Team is aware of the slight backlog they face.