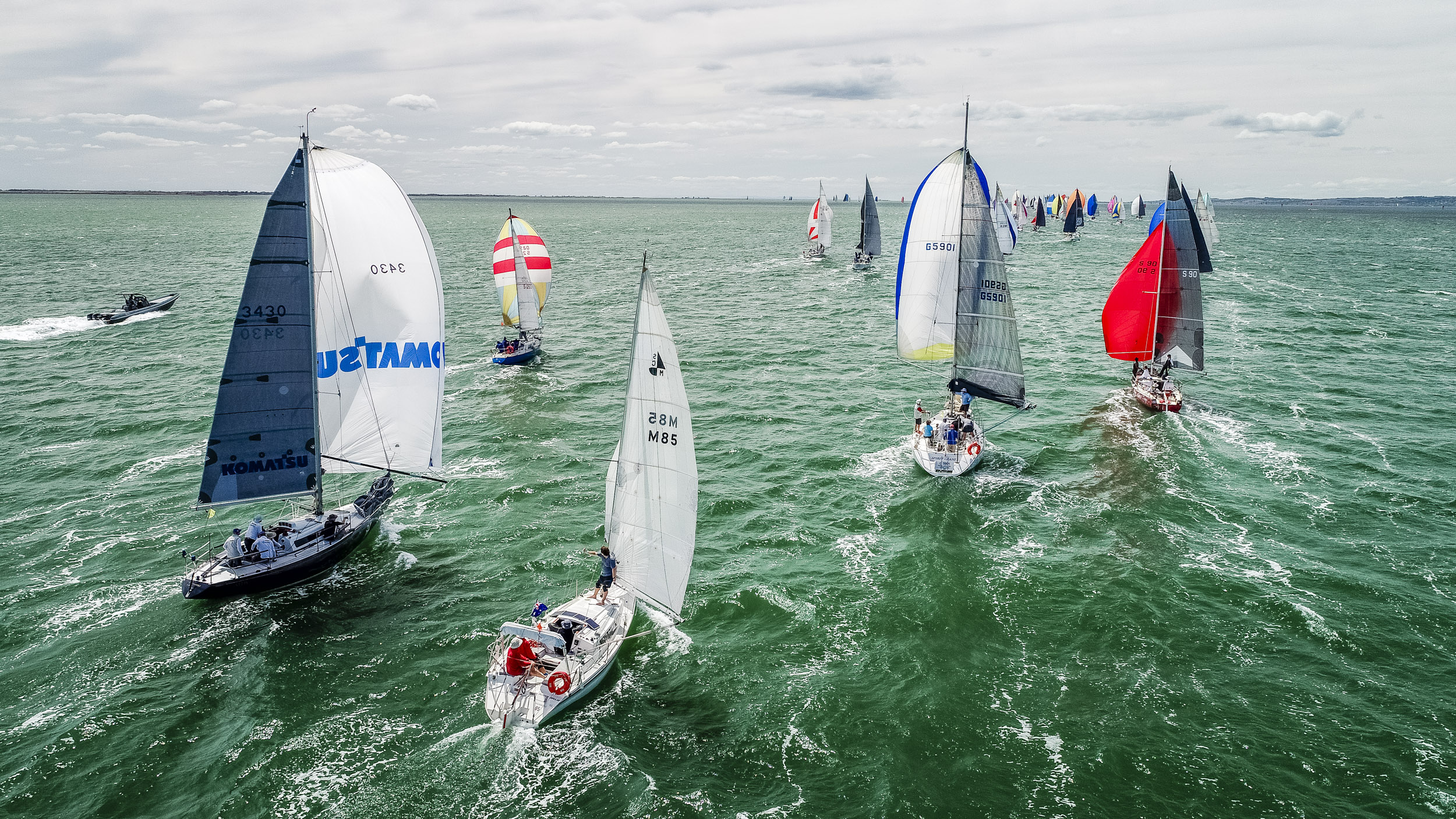 Gusts up to 25 knots came through Geelong’s inner Corio Bay on day two of the annual Festival of Sails regatta, skittling the VX One fleet contesting the Gill VX One Australian Championship.

‘Super Sunday’ had every boat in the 300 or so strong Festival fleet out racing in puffy and changeable west south-west winds. The breeze was stronger coming off the land in the inner harbour courses than for the Rating divisions completing their three short-course races on the outer harbour, adjacent to Clifton Springs.

Junior sailors added their weight to the Festival’s sailing program when the Optimist and Cadet fleets took to the water.

Gill VX One Australian Championship
Alan Moffatt’s Mack One crew strengthened their championship defence with two more wins and a third, to be a whopping 10 points clear of fellow Queenslanders on Andy Patrick’s Cowabunga, a huge margin in a large fleet of identical boats.

Brian Case’s VX One, Slick from Geelong, has moved into third overall in the sports boat pointscore, with three races remaining.

There was drama in Race 5, with a number of VX’s capsizing and a crewman trapped underneath Ben Pfitzner’s Canberra Yacht Club based Let’s Be Natural.

Foredeck hand, Owen Muyt, described what happened: “We were coming to the top mark, we got in a wind shadow, then the breeze came on at 20 knots.

“The boat rolled in and then as it rolled back up it rolled on top of me. I was under there for around a minute and a half, then finally Ben saw my hat and dragged me up. I was full of water. I did want to keep racing.” In the end the Canberra crew retired from that race.

The breeze was west/south-west up until the final race of the day, when it shifted 90 degrees left around to the south-east, Geelong’s summer sea breeze, and freshened to 20 knots, producing some thrilling slides for the 52-footers to cap off a long day.

All cruising divisions enjoyed a passage race from inner Corio Bay out of the skinny Hopetoun Channel, to the outer harbour and back, before heading back out for the twilight race on Sunday January 27, 2019.