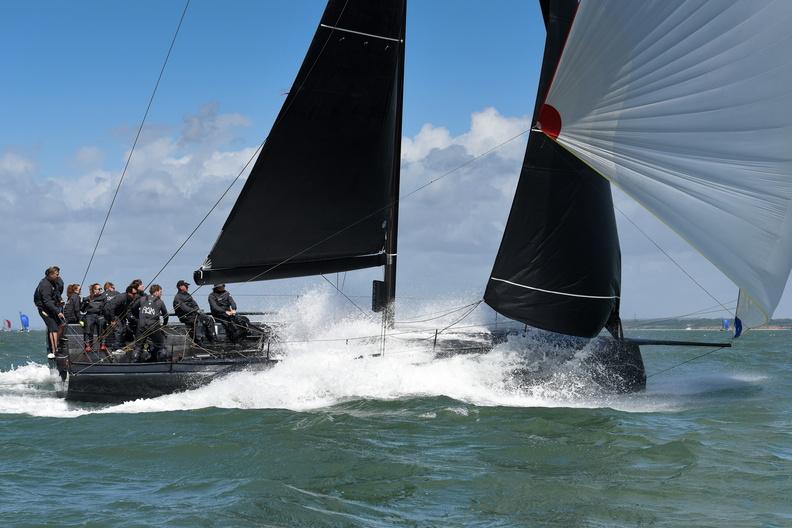 Cowes: An outstanding long weekend of yacht racing, where the full program was sailed under brilliant sunshine in 10-20+ knot winds and a mix of tidal states on one of the world’s most challenging stretches of water – the Royal Ocean Racing Club’s 2022 IRC National Championship was a resounding success.

On the Solent, the fleet was divided into three classes with the fastest in IRC One being the Ker 46 Van Uden, skippered by Volvo Ocean Race veteran Gerd-Jan Poortman, while lowest rated in IRC Three was Kevin Downer’s modified Fun 23 Ziggy. All were in with a chance as witnessed in today’s marginally lighter 10-15 knots conditions. Van Uden won a race in IRC One, while at the opposite end of the fleet, the teenage Greig City Academy crew on the Quarter Tonner Cote, the second slowest boat in the fleet, impressed everyone by scoring their first race win of the series against substantially more experienced competition. There could not have been a better advertisement how a diverse fleet is turned into level playing by IRC, the RORC-UNCL run rating rule.

Oddly this year, each of the three classes individually had a stand-out winner, but ultimately it went to the wire for the overall prize. Niklas Zennström’s FAST40+ Rán nearly lost it when she posted a third in today’s first race, the only blemish on her otherwise perfect scoreline. However in IRC Three, Rán’s rival for the overall title, Adam Gosling’s JPK 10.80 Yes! scored a fourth in this same race. In the longer round the cans racing that concluded the event, both scored bullets. The calculation then used to determine the overall IRC National Championship winner resolved with the 2022 IRC National Championship title going to Rán by the tiniest amount – 0.005 of a point – from Yes!

Rán ended the regatta nine points clear of Ian Atkins’ second placed GP42 Dark N Stormy, in turn seven ahead of the Dutch young team on Van Uden. While the Rán team has competed at the highest level in the Maxi 72s, TP52s and FAST40+, with old hands including Zennström, Tim Powell, Steve Hayles and Justin Slattery on board, it is otherwise a mix of young up-and-coming male and female sailing talent.