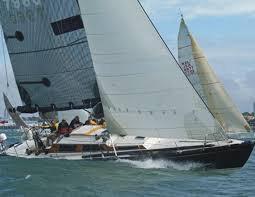 RAGTIME at start of 2008 Sydney-Hobart Race.

LOS ANGELES, CA – In a record year of interest, it's perhaps fitting that the 100th entry to the 50th edition of the Transpacific Yacht Club's biennial 2225-mile Transpac race from LA to Honolulu is at 55-years-old one of the oldest in the race yet also one of the most innovative in the last half-century of yacht design.

Chris Welsh's Spencer 65 RAGTIME will be making her 17th race to Hawaii in July, more than any other yacht in the history of this race. Welsh has been an owner of RAGTIME since 2004, and since then has raced three Transpacs (2005, '07, '09), one race to Tahiti (2008) and the Sydney-Hobart Race (2008). “It's been ten years since we last sailed to Hawaii,” said Welsh, “so we're looking forward to having some fun again.”

From its very beginning, this long, narrow, low-freeboard and lightweight black beauty with the reverse shearline and hard chines has been a recognizable Pacific ocean racing classic. Designed and built by John Spencer in New Zealand in 1963 as INFIDEL for first owner and race car driver Tom Clark, she was meant to be simply the fastest boat of the era, something proven years later by her second owners who were from Long Beach and beat the legendary WINDWARD PASSAGE across the finish by only 4 minutes and 31 seconds to set a new course record in the 1973 Transpac. And to prove this was no fluke, she won the Barn Door Trophy again in 1975.

RAGTIME's long narrow light weight design helped inspire the next generation of ULDB (Ultra Light Displacement Boat) designs that were to dominate this and so many other Pacific ocean races for the next 25 years.

Since then there have been several owners, with each making tweaks to this double-ply plywood yacht: upgrades of new rigs, sails, keels, rudders, bulbs, deck hardware, etc. have all been in her history. And with the new innovations came new structures to accommodate the higher and higher loads that came with pushing her faster and faster. Welsh reckons there are few if any other monohulls in the world who are performing 25% higher than when they were first built.

Right now RAGTIME is getting a new engine that will not only be more reliable but a few hundred pounds lighter, and some new winches that will decrease the total number on board but also increase crew work efficiency in the small cockpit space available in the design. Welsh plans to race not only offshore but occasionally around the cans too, and after Transpac has his sights set on an East Coast tour in 2020.

For this tour there will be another upgrade: a new carbon mast that will be higher and lighter than the current one, which he would have used in Transpac this year except there is no time to oversee the additional structural work needed to secure this rig properly to the hull and deck. Nonetheless, Welsh expects to be fast and have a shot at the King Kalakaua Trophy awarded to the race's overall winner in corrected time. 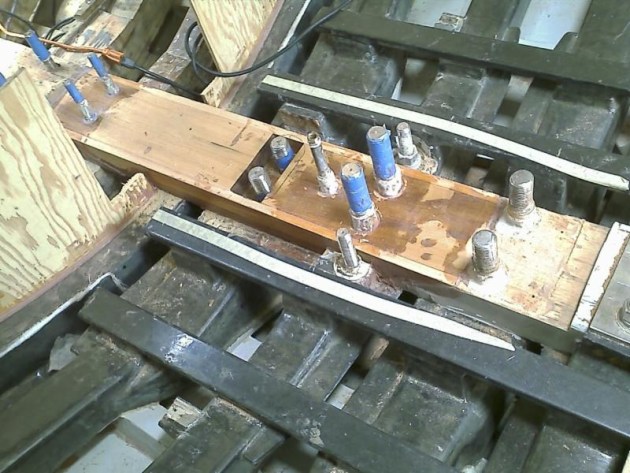 “Its fantastic that Transpac 50 has inspired so many boats of so many ages, sizes and types to come out to race,” said TPYC Commodore Tom Hogan. “And with the classics like KIALOA II, RAGTIME, the Cal 40's and others still competing into their fifth decade, this shows the great passion everyone has for ocean racing here in the Pacific. Transpac 50 is shaping up to be an epic race.”

For more information on the 50th Transpac, visit the event website at https://2019.transpacyc.com.