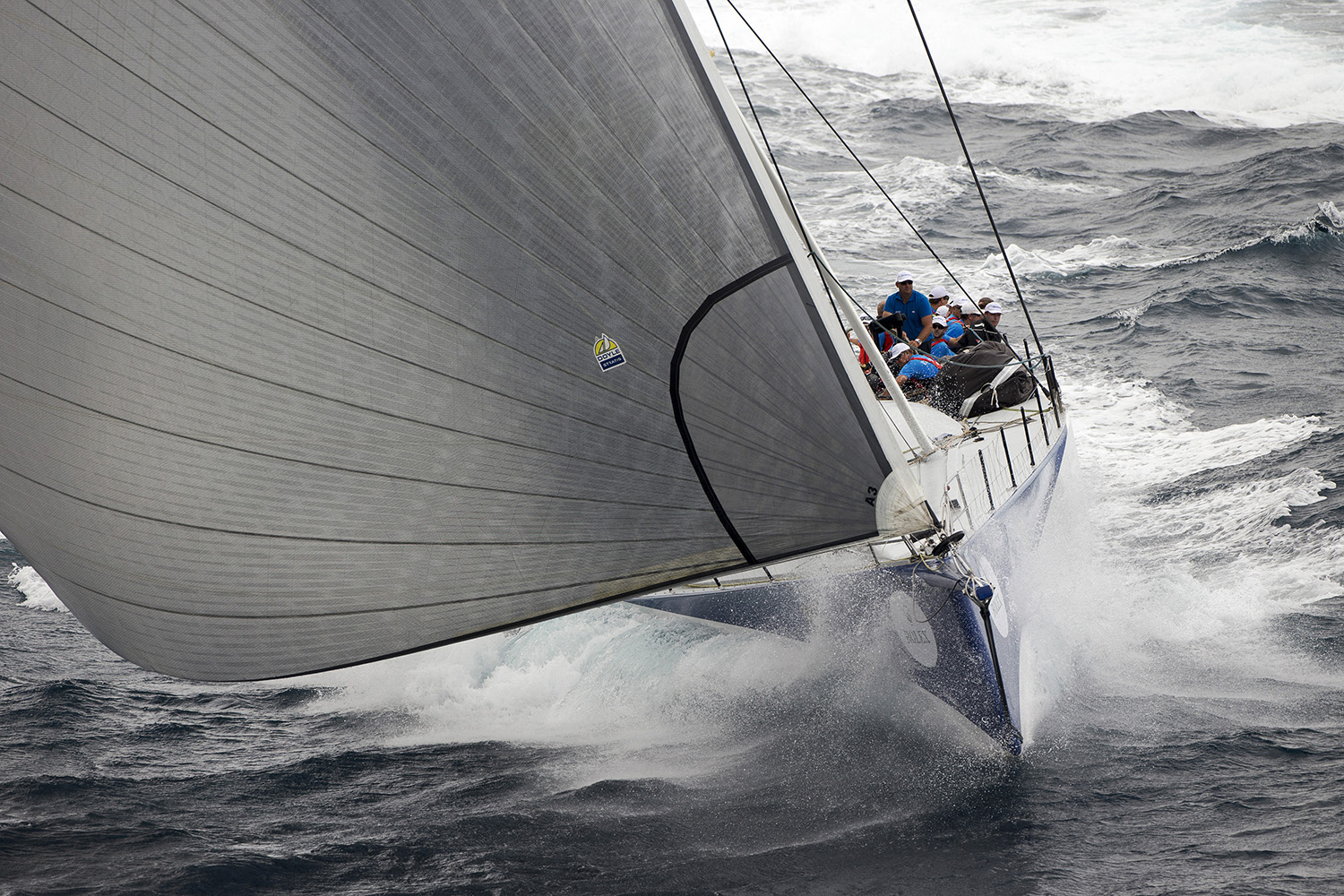 Ragamuffin 100 is the last Australian hope to take out line honours but it isn’t looking too good for Syd Fisher's 100 footer. We spoke to sailing master Dave Witt in the media centre and he explained that they have had their fair share of problems.

“We broke the port daggerboard off and are currently sitting in a hole,” Witt told the media over satellite phone. “The daggerboard is gone, snapped off.”

When asked how this affected their performance he said they can’t sail without it so are using the other one on both sides. “Basically you can’t sail without it. What we’ve done is quite dangerous. We pulled the starboard daggerboard out and drilled a hole in the bottom of it. When we tack, we turn it upside down and drop it in on the other side. Tacking is a bit of a process and a bit dangerous for us in the heavier conditions, but it’s a little easier in the lighter winds we have now,” Witt said.

The damage happened when they were sitting just 8nm behind Comanche after dropping off a wave.

Ragamuffin 100 is currently sitting in a hole with about 167nm to the finish. When asked about the weather he said, “Not too bad, been on the nose since I can remember.”

But they are in “zero” wind. “(We are) expecting a westerly and will make our way through a cloud line so should get out of it,” Witt said. “Certainly can’t give up hope.”

“If we can some how manage to get there we are quite quick in the light,” he explained of their hopes to catch the leaders.

Syd Fisher is doing well on board and was bunking down during the rough conditions earlier in the race.

From Di Pearson at the RSH Media Centre:

In other news, Matt Allen’s Carkeek 60 Ichi Ban remains in a battle of her own with Chinese Whisper and Balance and has been since the start of the race.

Navigator Will Oxley said this morning:  “We’re still hanging in there. We’re watching Balance (Paul Clitheroe’s TP52) closely – they look to have done well inshore. And Chinese Whisper has been locked with us since early in the race.

“We’re looking forward to some lighter winds to have a decent feed. Looks like we will see the next front near Tasman, so some more heavy air upwind may be on the cards before the finish,” Oxley said.

At 11.30am, Chinese Whisper was three nautical miles ahead of Ichi Ban, in fifth and sixth places on line honours and fourth and sixth places overall respectively.  Who knows what the end of the race will bring, with two very different weather patterns on offer for the mid-size and smaller boats?