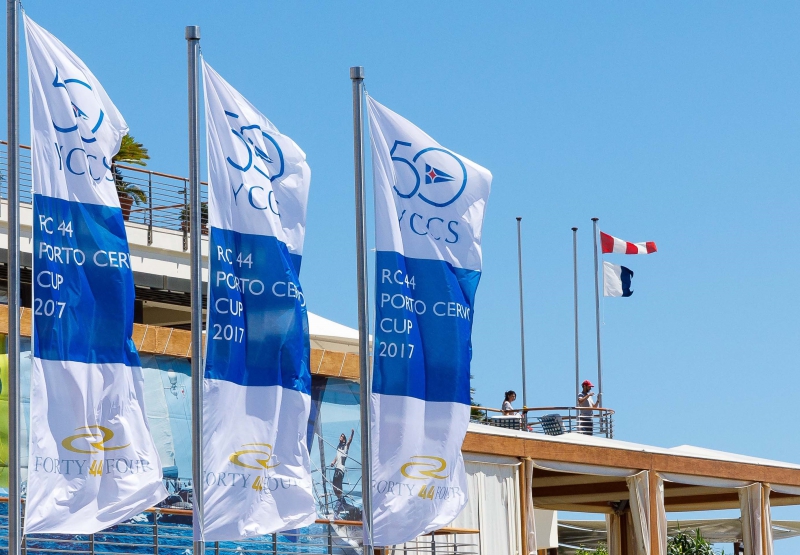 Porto Cervo: Despite Sardinia returning to more sunny summery conditions, the onset of the Mistral wind resulted in racing being cancelled on the penultimate day of the RC44 Porto Cervo Cup.

After keeping the teams ashore this morning, at noon Principal Race Officer Peter Reggio explained “It is averaging 28-29 knots and there are puffs to 39 so we've sent everyone home. It is just white out there now.

“Tomorrow it is supposed to be a bit lighter with the same direction at the beginning of the day as now, but lighter. Then there is a chance it will go right to the north-east. We can deal with that.”

Igor Lah, skipper of second placed Team Cereef, said: “It is a pity. I really wanted to sail but it is the only possible decision. It is very nice here, so I think we'll go the beach. Tomorrow it should be better.”

Vasco Vascotto, the Italian tactician on Peninsula Petroleum and someone who has raced in Porto Cervo countless times, said of racing being cancelled: “It is a very smart idea, if you want to survive.

“It was forecast to due to build all day. We've known since yesterday it was going to be very difficult to sail today and if there was a chance it would have been very early in the morning. But even at 0800 it was blowing 20 knots.

“This is the Mistral – there is no doubt! There are different Mistrals – one day, three days, nine days – but it looks like tomorrow it will be okay.”

To try and recover the schedule, the plan is to hold four races tomorrow with a first signal at 1100 CET.