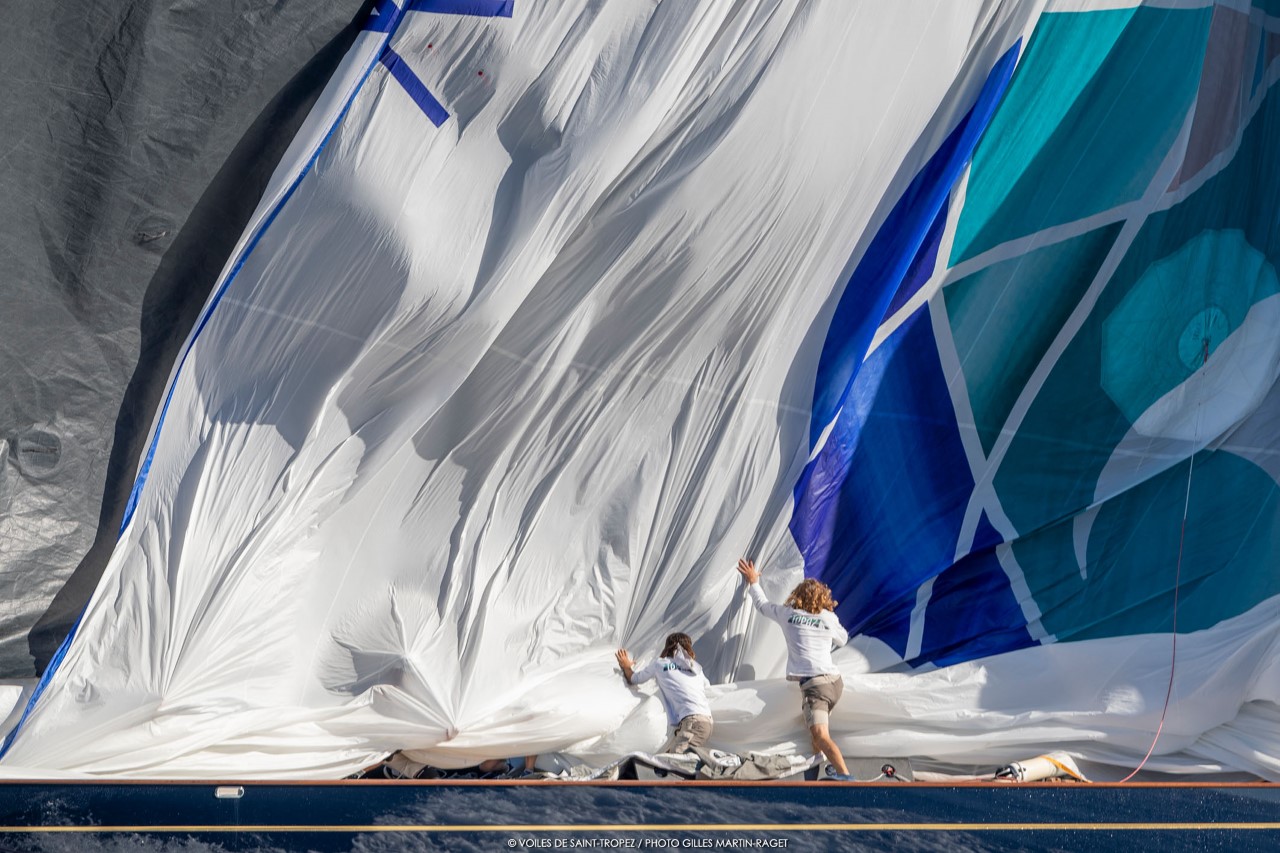 It is a well-documented phenomenon that there can be breeze in the Rhone corridor to the west, as well as in the Gulf of Genoa to the east, yet nothing between the two and that was how the episode played out today in Saint Tropez.

Despite a glimmer of hope in the early afternoon that Principal Race Officer, Georges Korhel, and his teams at Les Voiles, would be able to offer up a course and unleash the 44 maxis out onto the racetrack, crews patiently remained on site, poised to set sail at a moment’s notice.

Ultimately, it was not to be. Just after 1600 hours, everyone headed back into port to wait until tomorrow local time for the final day of reckoning in Act 2 of Les Voiles de Saint-Tropez, in this the town’s biggest ever gathering of Maxi Yachts.

Two races for groups IR1, 2 and 3 are set for tomorrow. In IRC1, Rambler and Magic Carpet Cubed are tied on points, each a second and third place each.

In IR2 and 3, Lyra (Wally 77) and Topaz (J Class) respectively have comfortable leads of 6 and 5 points respectively.

Meantime, Jethou should be able to contain Vesper, in the 72-foot class that makes up the IR3A group. In IR4, a status quo prevails as that group has only sailed one race, so it is wide open, but is currently being led by Aloha, Nicolas Piguet’s CNB 77.

The jury at Les Voiles got together late yesterday evening to give a verdict on four of the race boats competing in the Bay of Saint Tropez. The four were proven to have failed to sail the course correctly and were penalised. French Kiss, originally poised to take the race win, was downgraded to seventh place in the provisional overall ranking for IRC4.