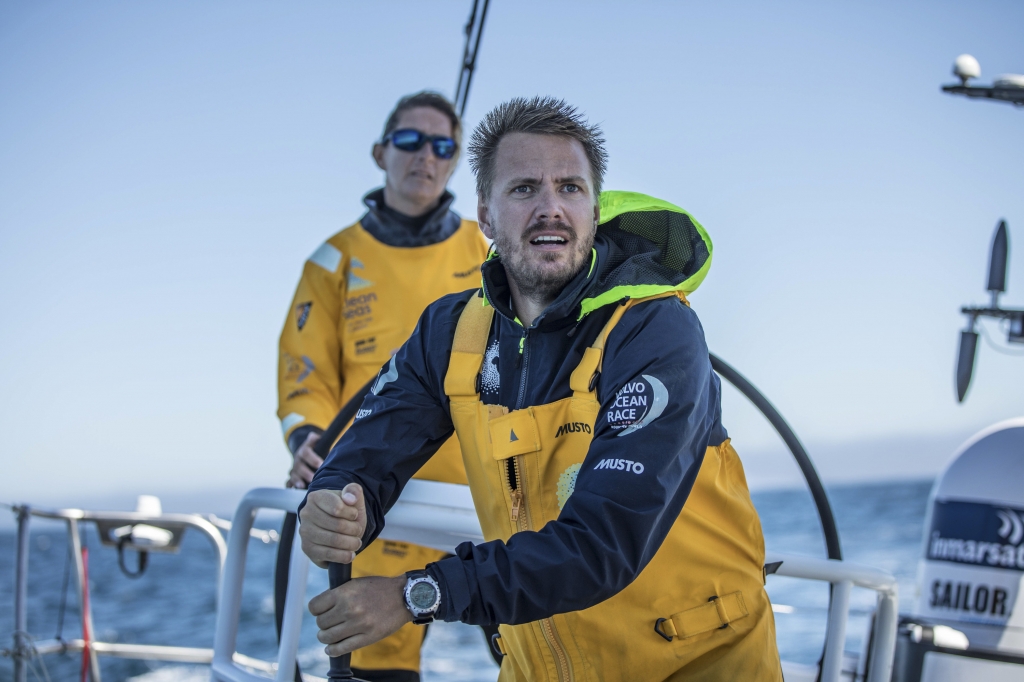 Sweden’s Martin Strömberg, a three-time race veteran and winner from the 2011-12 edition, is joining skipper Dee Caffari’s Turn the Tide on Plastic team for the Volvo Ocean Race.

Strömberg, who will be a watch captain, helmsman and trimmer, adds round the world race experience and winning motivation to one of the youngest crews in the race.

“I have sailed around the world three times, I have won the race and yet here I am back for a fourth time,” he says. “And I am back because it’s the toughest, most challenging and most fun event in the sport. And I’m an athlete – I want to win!”

“Martin is an experienced sailor who brings a wealth of knowledge to our younger team,” notes skipper Caffari. “With three Volvo Ocean Race’s under his belt he knows the demands of the race better than anyone.

“His experience coaching and developing young sailors will add further balance to our team and will be excellent assistance for me as skipper. I’m excited to have him join us.”

Equally, Strömberg says he’s passionate about the prospect of passing along his knowledge to the next generation, along with bringing Turn the Tide on Plastic team’s message of sustainability to an international audience.

“It’s about bringing opportunities for young sailors to achieve their lifetime goal, and we have to give them the opportunities to become better,” he says. “For me, Turn the Tide on Plastic is a project that needs to happen for the well-being of our planet… (Sustainability) can’t just be about picking up rubbish, it’s about what we as human beings are putting out there.”

Strömberg has already been training with Turn the Tide on Plastic in the lead-up to the Prologue Leg of the Volvo Ocean Race, which will see the fleet of seven boats race from Lisbon, Portugal to the start port of Alicante, Spain, beginning on 8 October.

The Volvo Ocean Race starts from its home port of Alicante on 22 October.