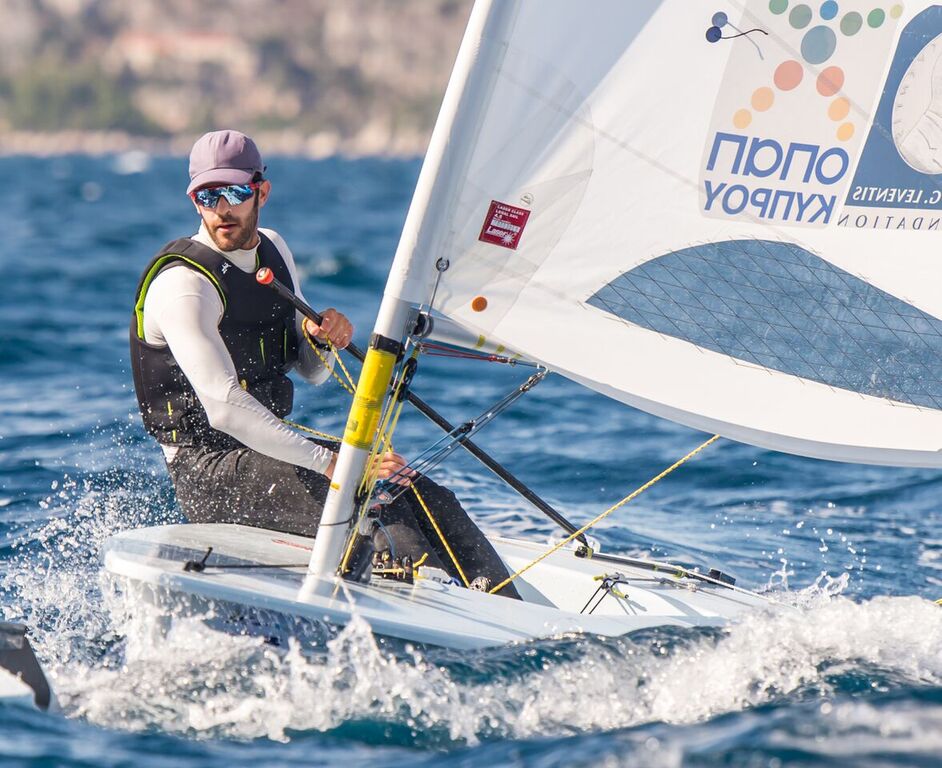 (Split, Croatia) – The second electrical storm of the week at the Laser Standard Men’s World Championships passed by Split today while the fleet were held on shore. Although it was not directly overhead, it was strong enough to destroy the gradient wind. After passing, it left behind a rare, unstable, and light easterly wind.

The islands around Split were reporting various wind directions after the storm and significantly, the forecasted north westerly had not developed by the 14:00, the latest launching time to achieve a start before the final warning signal cut off. At the final start time, there was zero wind.

Although there was no racing, the bonus was that celebrations could begin straight away for 27-year-old Pavlos Kontides from Cyprus. Winning by 15 clear points in a star-studded fleet, through mixed sailing conditions, is an amazing victory respected by all of his competitors. In 2012, he became the first Olympic sailing medalist from Cyprus and now he has become the first Olympic class World Champion from Cyprus. Olympic Gold in 2020 is well within his sights.

With no races completed, the leaderboard remains unchanged and Australians Tom Burton and Matt Wearn take home silver and bronze, only one point apart.