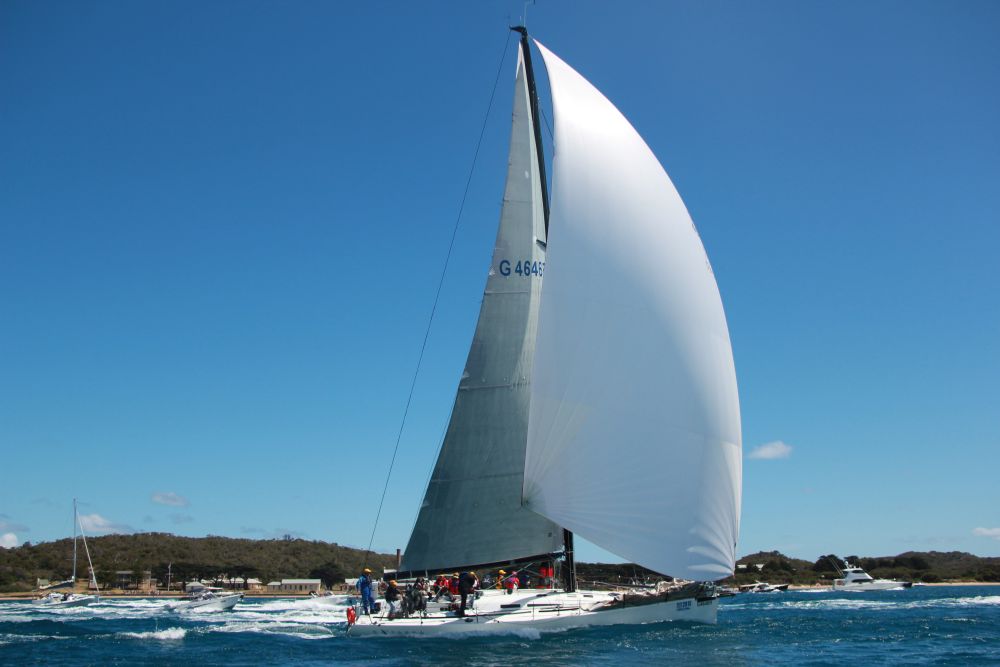 With the remnants of a northerly wind pattern likely near Mornington Peninsular tomorrow (Dec 27), the 22 starters in the Ocean Racing Club of Victoria’s Melbourne to Devonport Race should enjoy a fast start as they head out of Port Phillip Bay from Portsea.

Holiday-makers on the Peninsular could be treated to a spectacular sight, with all boats likely to be carrying colourful spinnakers across the start line.

However, it is once they are clear of the Heads that the boats will really start to fly, with a moderate south-westerly wind on the beam as they track south-east to the Tasmanian coast.

The battle for line honours is likely to be between Paul Buchholz’ Cookson 50 Extasea and Gerry Cantwell’s Carrera S. Both boats could threaten the long-standing record of 19 hours 32 minutes and 56 seconds, set by Prowler way back in 1998.

The winner of the handicap division with the most entries will take home the prestigious Rudder Cup, which was presented in 1907 by Thomas Fleming Day, editor of the American sailing magazine “Rudder”. This makes it Australia's oldest ocean race and the fifth oldest organised ocean yacht race in the world, predating the Fastnet by nearly 20 years and the Sydney Hobart race by nearly four decades.

As the only interstate yacht race on the sailing calendar over the Christmas period the event is already attracting considerable media attention, following the cancellation of this year’s Sydney Hobart.

Victorian sailors were starved of racing during the long COVID lockdowns but will have shaken off the cobwebs during Boxing Day’s Cock of the Bay Race, which serves as a feeder race to the Melbourne Devonport event.

ORCV Commodore Grant Dunoon, who is racing his Moody 54 Blue Water Tracks, said, “At 195nm, the Melbourne to Devonport is a great race across Bass Strait race to get us all comfortable with offshore racing again. We can’t wait to be out there in Bass Strait.”