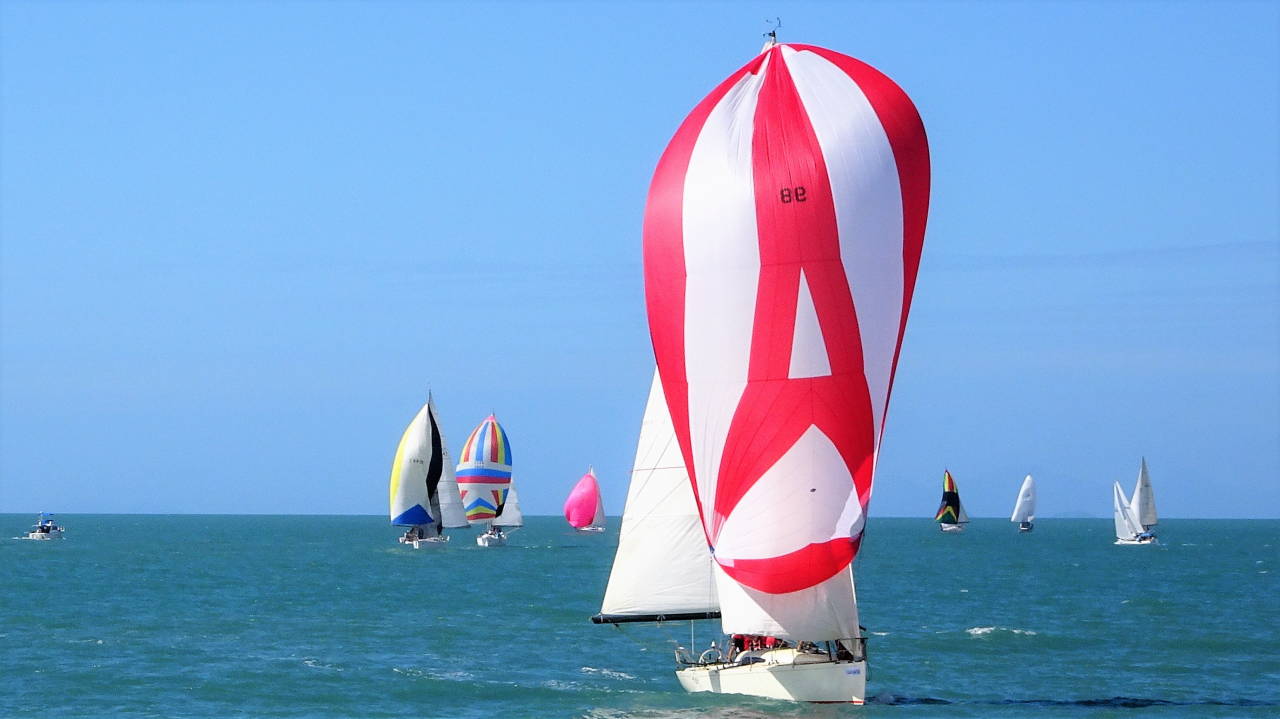 In May Port Douglas Yacht Club will host the 2018 Quicksilver Port Douglas Race Week. The regatta is to be staged over five days starting on Tuesday May 22nd and concluding on Saturday May 26th.

The concept of Race Week has evolved from the clubs famous Clipper Cup Regatta and the re-branding of the event in 2015 has proven to be a great success.

The yacht race that created the Clipper Cup originally began in 1972 when members of the Waikiki Yacht Club in Hawaii fashioned a 755-mile ‘fun race’ that they billed to “race the winds of paradise”. With sponsorship from Pan American Airlines, driven by an Australian named Dick Gooch, the Clipper Cup Yacht Series was born in 1978 as an International Offshore Rule team event with record 78 entries from around the world.

In 1985 the end came about when Pan Am dropped Hawaii from its overseas routes and their sponsorship ceased. Dick Gooch returned to Australia bringing the trophy with him and 10 years later it came to far north Queensland and to Port Douglas Yacht Club.

The first Clipper Cup to be held in FNQ was a tremendous success inspired by Dick Gooch who made the trophy available to PDYC for the inaugural Clipper Cup Series in 1995. Mirage Resorts came on board as naming rights sponsor and the event was a huge success with an eventual 42 entrants from as far afield as New Zealand, PNG, Victoria, NSW and Southern Queensland.

Today the trophy sits proudly on display at Port Douglas Yacht Club and is the trophy for the regions premier sailing event, Quicksilver Port Douglas Race Week, racing the winds of paradise for the Clipper Cup.

The club is delighted to have once again for 2018, Quicksilver as the major naming rights sponsor for this year’s regatta. The support of a major sponsor such as Quicksilver is a key element in the growth of the regatta and follows on from the previous success of recent sponsors.

The regatta has enjoyed tremendous growth in recent years with the support of Exemplar Coaches and Limousines (2010 – 2014) and Mickey Ink Marine Graphix and Signage (2015 – 2016). This has seen a big change from the days when the club struggled to get ten entries. Today the event has more than trebled in size with recent years exceeding thirty boats.

In 2018 the aim is once again to attract over thirty entries. With a strong contingent sailing north from Townsville and Cairns each year the club is looking to its own members to further increase the numbers.

One boat rumoured to be a possible entry this year could be celebrating the fortieth anniversary of winning the 1978 Clipper Cup with a shot at once again being named on the historic trophy.

Big Shott, now lovingly restored and based in Townsville, was one of the three Australian boats that won the inaugural event in Hawaii. New owner Les Hewitt has indicated there may be a chance to bring the boat to Port Douglas in May.

Entries are now open and will close on Friday May 18th.