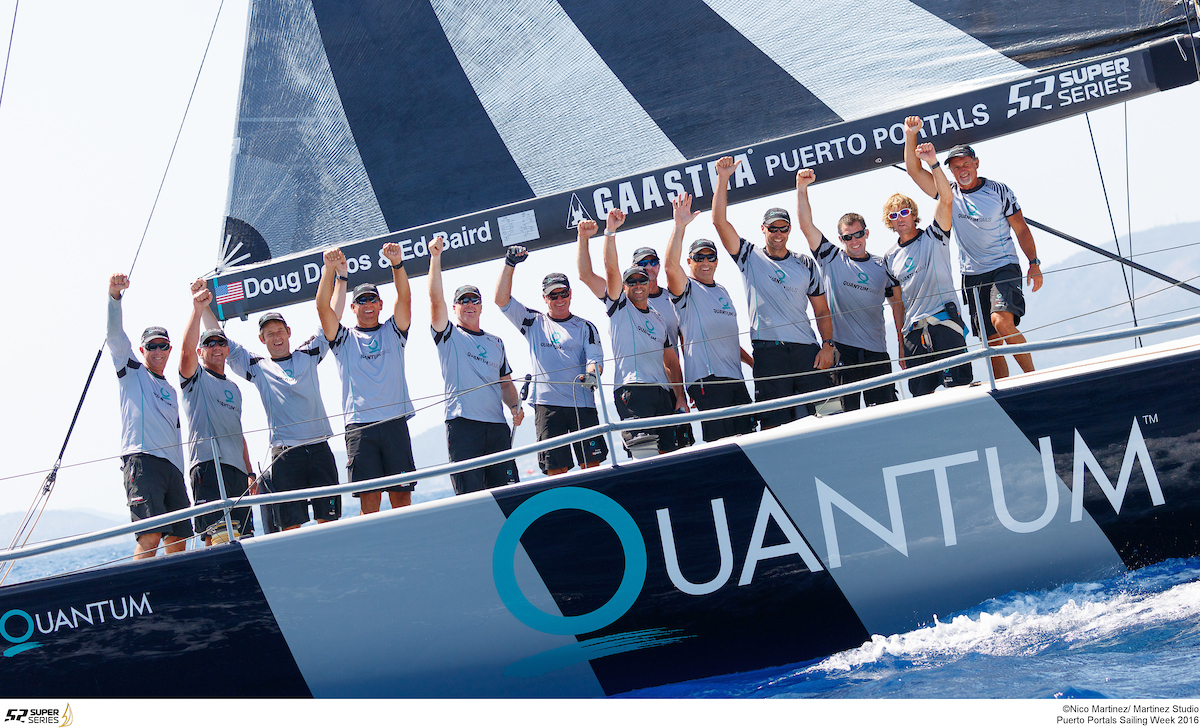 11/07/2017
Traverse City, MI—Quantum Sails today announced that it has completed an agreement with Hood Sailmakers in Newport, RI to acquire the company’s sailmaking rights and manufacturing assets. The acquisition, which includes occupancy of Hood’s world headquarters in RI, will increase Quantum’s global sailmaking capacity and provide a new home base for Quantum’s sales and service operations in the northeastern region of the US.
“This acquisition provides much needed capacity for our growing share of the Grand Prix racing market,” said Ed Reynolds, President of Quantum Sails, who cites the TP52s, C&C 30s, RC44s and other offshore classes as areas of strong growth for the company. Quantum is also gaining share in the big boat market, explained Reynolds, which will also benefit from the location and capabilities of the larger facility.
“The Hood and Quantum brands are synonymous with performance and quality,” said Hood CEO Rob MacMillan. “In addition to becoming a leader in the Grand Prix and Superyacht markets, Quantum is very strong in the markets served by Hood Sails; our customers will have access to the customer service and support offered by the Quantum Sails network.”
Reynolds said Quantum will uphold the terms of warranties held by owners of Hood sails. “We value the long-term relationships Hood has with its customers and will continue the legacy of service and support for which Hood is known. We look forward to introducing Hood customers to the Quantum brand as well.”
Reynolds noted that Quantum is talking with Hood-affiliated lofts around the world to discuss opportunities for continuing the business relationship and ways to best serve sailors in those local markets.
Several members of the Hood staff have accepted positions with Quantum Sails including Rob MacMillan who will serve as Quantum’s regional manager for New England and Dave MacMillan will serve as Quantum’s New England Operations Manager.
Formed in 1996, Quantum Sails is the second largest sailmaker in the world with headquarters in Traverse City, Michigan and a network of over 60 owned and affiliated sail lofts around the globe. The company provides sailing solutions to racing and cruising sailors at all levels, helping them pursue their passion and achieve their sailing aspirations.
Since 1952, Hood sails have been the sails of choice for sailors seeking performance and durability. From modest beginnings in the basement of his house in Marblehead in the early 1950’s, Ted Hood developed not only fast, durable sails, but invented the machinery to make the cloth that he used to make these sails. Hood Sailmakers continues Ted’s tradition of designing, engineering and building sails that offer exceptional value.