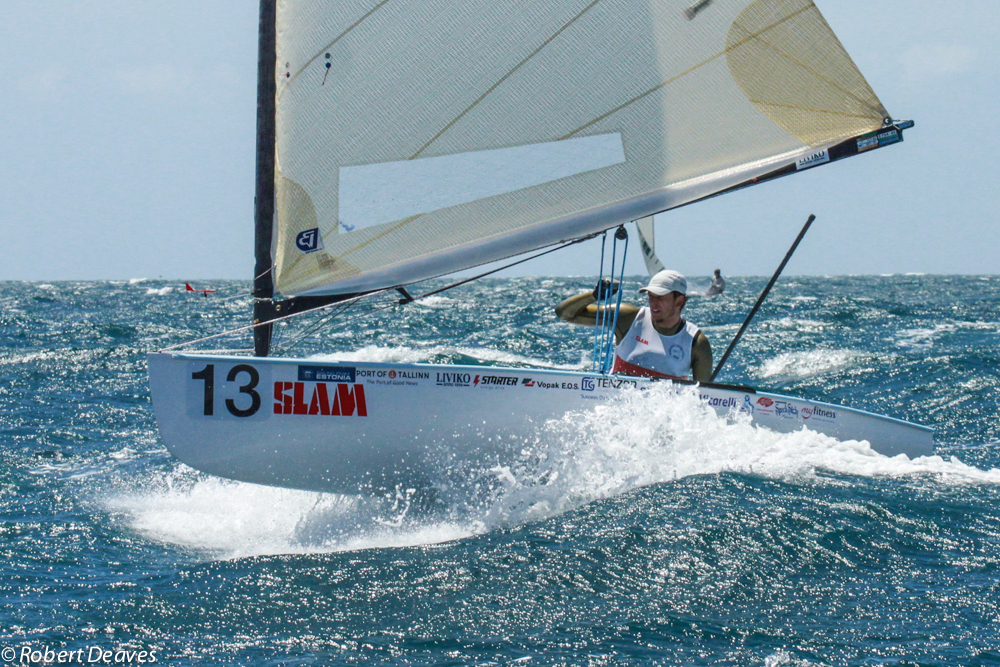 Following requests to trial a ‘first across the line’ race format, the Finn class carried out trials at two events early in 2017 – the Trofeo Princesa Sofia in Palma and the European Championship in Marseille. Both were designed around a winner-takes-all final race where the first boat across the line was the winner. As expected, both events produced a lot of feedback, good and bad, and after the Europeans the Finn Class organised an online survey to assess the success or otherwise of the trials and gather further feedback.

The purpose of the trials was to investigate new formats to try and make sailing easier to understand for media and non-sailing spectators, and to try and add some extra excitement and thrill to engage more viewers. This was attempted through creating a final race format where the winners were the first across the line. The first three across the line in the final race won the medals.

Of course, this is widely contentious because it goes against all yacht racing tradition where the winner of a regatta has to perform consistently over a range of conditions over a long period and perhaps leads to the question: Do we want sailing to be sport or entertainment?

This was simplified in Marseille with a 10 race opening series followed by a semi final of seven boats, of which the top two would join the top three from the opening series in a winner takes all final.

On the water, the title in Palma came down to who made the final gybe in very windy conditions. The best sailor of the opening series and the leader up to the final mark, Alican Kaynar, slipped up on the final gybe, and let Max Salminen, one of the biggest critics of these trial formats, through to win the race and the event. Kaynar ended up with bronze. However he proved himself two weeks later in Hyeres by winning a traditional format event, which ended with a 10 boat medal race.

In Marseille, the overall winner, Jonathan Lobert, ended the opening series three points behind the best sailor of the week, Anders Pedersen. However, in the semi-final, fourth placed Ed Wright and ninth placed Ben Cornish qualified for the final and then took silver and bronze. This dropped Pedersen to fourth overall, a result many sailors regarded as unfair after he had sailed the best week of his career, and would have won a medal under any other format.

As shown by these comments, the overriding response from the sailors was negative. The feeling expressed was that a winner-takes-all final race was too too big a price to pay, it doesn’t reward consistency and can certainly punish the best sailor of the week.

In contrast, others felt that the final race format added excitement and made the racing easier to understand for non-sailors and spectators.

A much-aired view was that it is the media that should change its coverage of the sport, rather than changing the sport to ‘dumb it down’ for media and spectators.

One sailor said, “Poor coverage has led to people thinking there needs to be change, when there doesn't. We need good commentators who knows the sailors and can explain the sport properly.”

“Rather than trying to change our race formats to suit TV and media coverage and having to race on tiny land affected medal race courses, why not use new technology such as drone photography and graphic overlay to showcase Finn sailing at its best, in big fleets on offshore courses? Stadium racing does not work and does not suit the boat – it needs wind and waves to show it at its best; racing in the lee of huge mountains does not.”

So is the format actually the problem?

Another comment, “It doesn't matter what race format you use if the TV coverage is rubbish. Millions more people would have watched the Rio Games if we got to see the big winds, big wave courses outside of the bay. Race format will not fix this. For over 100 years we have raced boats over a series to find the best all-round sailor…. how much of our sport's soul are we willing to sell, just to make life easier for people who will never sail a boat?”

“Should there be no reward for consistency? The best sailor should win, I think we all agree on that. Isn't that best achieved over a pretty long period of time where we can get different conditions and really put the sailors to a test? Some may say that is too boring, but look at one of the world’s biggest sports events when it comes to TV viewers, Tour the France. Lasting for a month, watching people suffer on a bike. They never say: Hey, let's bike for shorter time in major cities. No, go to the most deserted place in France, top of Alp d'Huez. Why, because we want to see if they can do it. We want to see them being put to the test and do stuff we ordinary people can't. We have examples in the world of sailing as well. Volvo Ocean Race and Vendee Globe. Consistency is rewarded.”

One Olympian said, “Sailing sucks live. It is really hard making sailing look good live, and somehow keeping some degree of fair racing. If we bring sailing to the crowd (the arena) the conditions will probably be lighter and shiftier in flatter waters, which is not spectacular to watch.”

“Technical development can help us here. Cameras are getting better, cheaper, lighter and smaller. Why not put them on all boats, not just top three in the last race of the Olympics. All boats, each race, all week. Then top that with two or three drones. It can't be that hard or that expensive.”

“If the America’s Cup can do it we can dream about it. But when World Match Racing Tour, Star Sailing League and 18' Skiff Worlds have ten times better coverage than the Olympics you start wondering what's going on. We want graphics with speed, distance to mark and heart rate. Audio together with cameras on board;  we want to get onboard.”

“I would bet on that the sailing audience is the most loyal of all sports. Simply because there is so little to watch, there’s a screaming need for televised sailing. I'm sure the sailing audience want to see all races at the Olympics. I mean it's a once-in-every-four-year chance to watch Olympic sailing on TV. But today we somehow still manage to disappoint these guys by having a live-tracker that doesn't work and really poor coverage from the medal race.”

And, “The mainstream audience want to see their guy race. If you are from Sweden you want to see your Swedish hero race. If he is not in the televised Final the Swedish broadcaster will show something else. So why then cut the fleet to five instead of ten? Half the national broadcasters will be interested.”

In this report we have tried to reflect the feedback the class received from the survey, even it perhaps it seems a big biased against the new formats. But, the responses against far outweighed the responses for, both in number and in length.

But the whole argument can perhaps, in this writer’s view be summarised by one comment received. “I don't believe it's about the format but more about how we deliver it to the audience.”