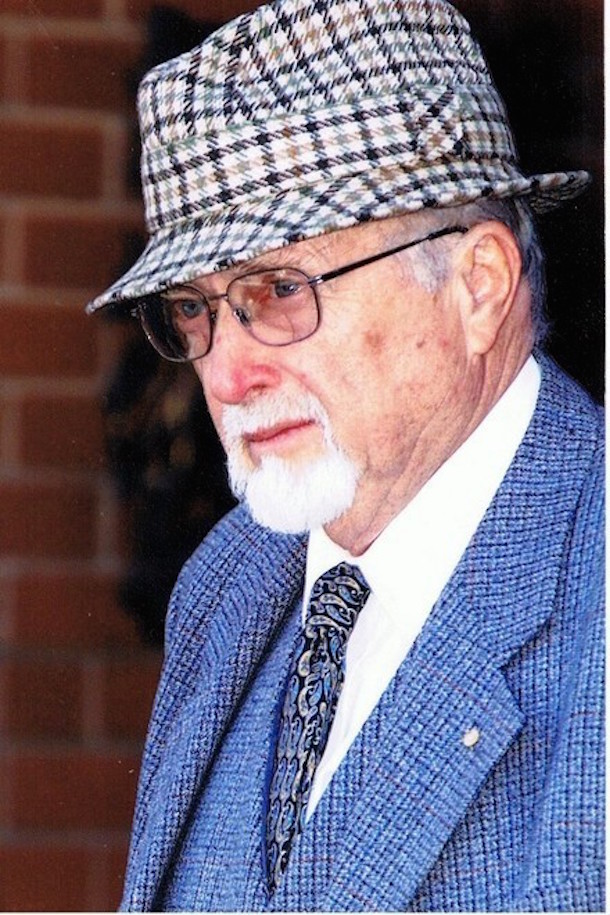 Emeritus Professor Peter Numa Joubert AM,  who died on 13 July 2015, aged 91,  was a man of many remarkable skills and achievements,  ranging from being a distinguished academic and noted authority on fluid mechanics to being the only ‘amateur’ to design a Sydney Hobart Yacht Race overall winner.

A member of the Cruising Yacht Club of Australia since 1973,  Prof Joubert designed Zeus II,  a Currawong 31 which won the 1981 Sydney Hobart,  as well as other yachts that won their divisions of the ocean classic.   Zeus II is still racing, aged 37, although now restricted to competing on Sydney Harbour.

He will be remembered as a designer of ocean racing and cruising yachts but perhaps more significantly for his role in offshore yachting safety and in road safety, including the design and mandatory installation and use of car seat belts.

An active sailor from the time he grew up in Sydney,  Prof Joubert competed in 27 Sydney Hobart races, mostly skippering yachts of his own design which he named after Australian birds, including the Currawong 31 and Brolga 35.  More than a hundred yachts have been built to his designs.

In 1993 he was awarded the CYCA Commodore’s Medal for outstanding seamanship after his year rescued eight survivors from a yacht that foundered at night in a strong gale during the Sydney Hobart.  Peter survived the Sydney Hobart storm of 1998, although his yacht capsized,  but later righted itself.

While yacht design was more a sideline to his major research in mechanical engineering,  he was a member of the Institute of Naval Architects and authored more than ten papers in the Journal of Ship Research.  These included investigations of the forces caused by slamming impact on yacht hulls.

Peter and I had been friends for more than 35 years and as a sometime crewman on one of his Currawong 31s, Lollipop (fourth overall in the Sydney Hobart in 1977 and beaten only by three maxi yachts).  We enjoyed many discussions on yacht design and construction and crew safety rules over the years.

Last year, then living in retirement in the Melbourne suburb of Kew,   Peter  sent me a copy of a book he had written about yet another chapter in his life – as a young RAAF fighter pilot on active duty in New Guinea during World War II.

It gave me a fascinating insight into his early years, including details of a flying accident that led into him into research on seat belts for road safety and also safety harnesses for yachtsmen racing offshore.

Before graduating to more advanced fighter aircraft, Peter was flying a Tiger Moth biplane when the aircraft flipped as it landed,  leaving him hanging upside down in his pilot’s harness.

“I landed a fraction short and the plane slowly tipped over… crunch,” he recalled.  “I’m hanging in my straps with my head about a foot from the ground, and I would have poled my head into the ground. I would have been a quadriplegic.”

It was a powerful lesson in the life-saving value of a seatbelt; one he would never forget.

Unquestionably,  Peter’s later research and passionate drive to have government’s introduce mandatory laws on seat belt that saved many Australians their lives in road accidents.

When the war ended, Peter benefitted from a training course that allowed him to finish his matriculation and then undertake engineering at Sydney University.  His academic and research would lead him to becoming Professor of Mechanical Engineering at the University of Melbourne.

He retired in 1989 but continued his work as Emeritius Professor at the University, including a study of separating flow about a submarine hull when engaging in a turning manoeuvre, and advising the Department of Defence and senior Naval officers on hull shapes for the RAN’s submarines.

When I last spoke to Peter, he invited me to join him for lunch at the Melbourne Club “next time you are in Melbourne.”  Sadly, we never got together for that lunch.