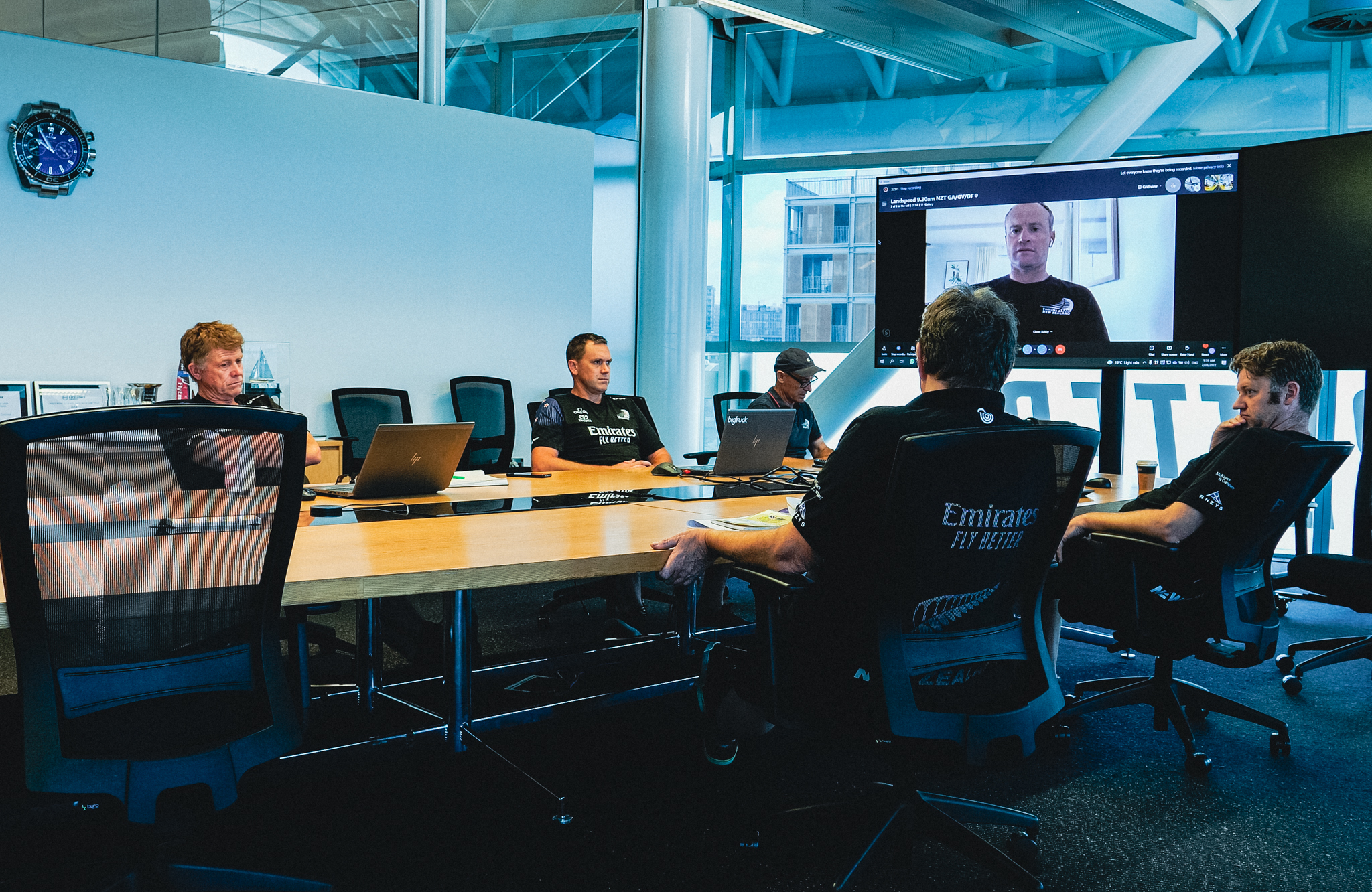 Auckland, New Zealand: In the world of the America’s Cup a lot of emphasis is placed on design, innovation and sailing. But one of the unseen challenges for every team is the ongoing battle of production. The high-pressure high stakes, make or break stage of physically producing the endless parts required.

Taking the designs from a page or computer file and creating a working reality.

The man in the middle of the production for Emirates Team New Zealand has been a familiar fixture with the team for around 20 years, Sean Regan who summarises the production at ETNZ: “There is never a single part produced that isn’t made under pressure. It’s just how we work.”

And the same goes for the Emirates Team New Zealand Landspeed Yacht build, an already tight timeline paired with a build team that are walking on thin ice with Omicron ominously looming with the prospect of forcing personnel into isolation at home and off the tools in the yard.

“We have a build completion date on paper still. Easter is the middle weekend of April and right now that’s still our target to basically have this craft ready to start testing. The final tool is the wing tail and flap detail, which Guillaume is going to release that surface this week to start building,” Regan explained.

“We’re doing the cockpit as well. It’s getting machined later this week, over this weekend so we are charging right now, but I haven’t got contingencies for these things to make those dates right now.

“We are supposed to have 14 guys next week and then 18 the week after. So, if guys need to isolate then we aren’t going to be there. Unfortunately, we need to accept we’ll be a few men down over the next couple of weeks.”

“This is just the reality that the whole of New Zealand is having to deal with right now. All businesses are under pressure with staffing or interrupted supply chains because of the Omicron outbreak. “But as usual we have to deal with it and try to make up for any lost time as best as we can.”

Like any best laid plans, the expectation is they tend to change, so flexibility in the program will be important to the Emirates Team New Zealand ‘Project Speed’.

Pilot Glenn Ashby will embark on a final location scout mission across the South and Western states of Australia to decide on where the record attempt will be later in the year focusing on the surface, the facilities and expected weather in the targeted window around August this year.

But prior to letting the land yacht rip on the salt lake, it will go through some basic testing in Auckland before being put on a ship. Exactly when the Auckland testing will occur is a likely window with the most flexibility depending on the eventual production timeline being complete. Not so easy to move will be the shipping.

“Although as a team we typically always try to hit our production targets and timelines, there is the elephant in the room called Covid, that will no doubt disrupt the production,” Ashby said.

“However, while we will always want more time to test in Auckland, we need to be realistic that the main objective here is to sign the craft off structurally. Because the biggest learnings we’re going to have, are actually on the salt, so that’s where we need to get it across to Oz and actually get set up there and biggest learnings will come from that.”

Back to the coalface in the build facility where ETNZ Boat Builder Kurt Riechelmann is typically stoic in the face of pressure, “Progress has been pretty good so far over the last four weeks, managed to build the shells of the main body, now we’re into the bulk heads.

“The challenge is to get this thing out the door on time, but it’s always the same issue with us, under the pump, but this thing here…