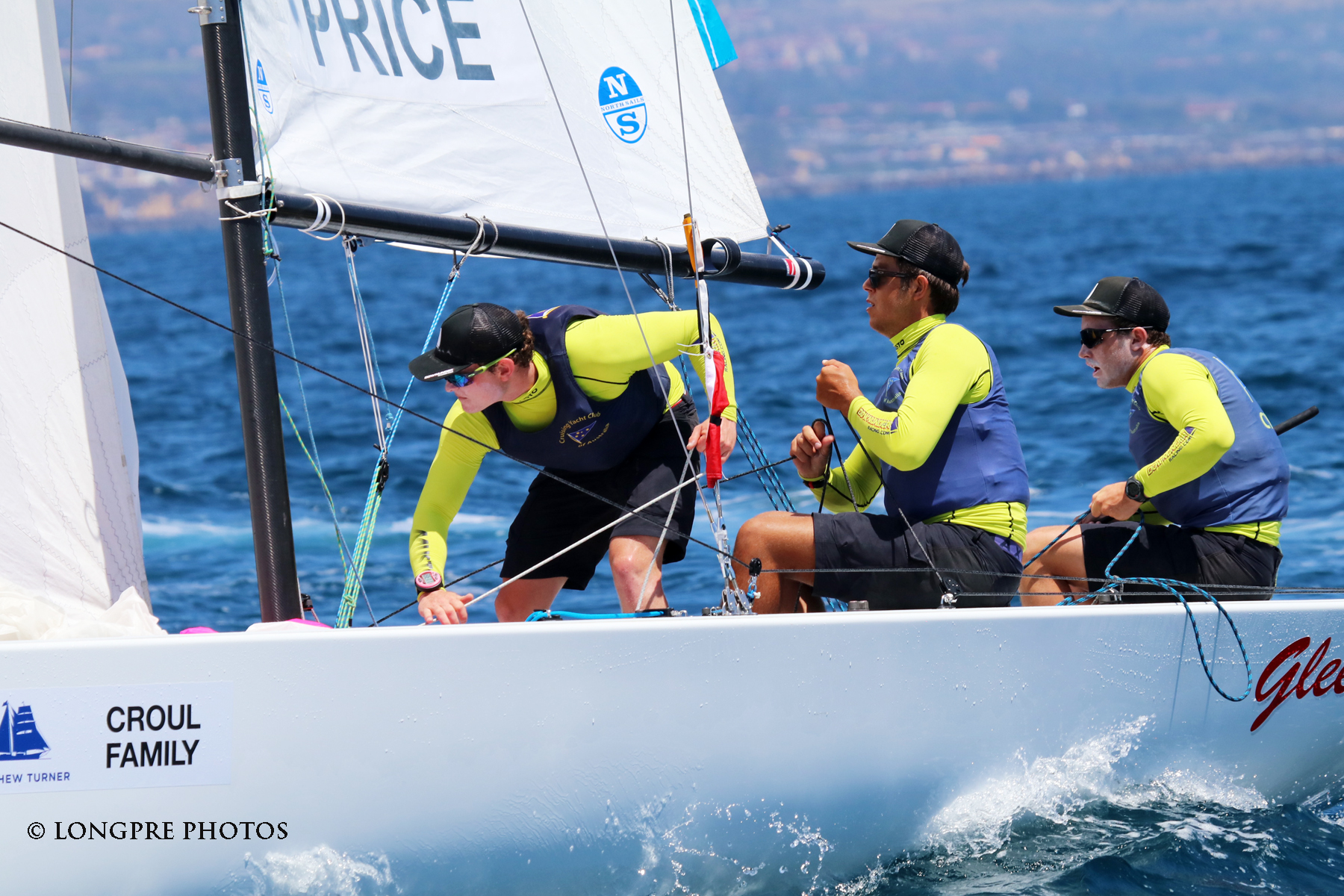 Christophe Killian of host Balboa Yacht Club today won two of his semi-final races in the Governor’s Cup International Youth Match Racing Championship against Christopher Weis of Del Rey Yacht Club, California, needing one more semis win to make his first GovCup final while Australia and New Zealand are at one match each in the second semi-final.

Pre-regatta favourite Harry Price, the World Sailing’s number six ranked match racing skipper crewed by Angus Williams and Cameron Seagreen, was having a more difficult time with his 18 year-old opponent from New Zealand. They finished the day with one win each.

New Zealand’s Leonard Takahashi led in the first race, until the last downwind leg, when Price, sailing consistently faster downwind, eked out a win. Takahashi gained the lead from the start after an uncharacteristic mistake by Price who was OCS when the gun went off, and had to sail back under the line before he could proceed up the course.

In the second race, Takahashi protected the favoured right side of the course on the upwind leg and avoided mistakes on both downwind legs for a one and one half boat length win.

Meanwhile, though the races between Killian and Weis were close, with Weis actually holding a lead for two legs of the course in their second race, Killian’s downwind tactics and sail handling by his experienced crew of Harrison Vandervort and Jack Martin carried the day.

The semi-finalists earned their berths based on the results of a double round robin series of matches during which each skipper sailed against each other skipper twice.

Price led at the end of the round robins and had the right to pick his semi-final opponent. Not surprisingly, he chose the youngest of the four, hoping his greater experience would overcome Takahashi’s obvious talent. That certainly worked in the first race but Takahashi learned a lot and changed his tactics in order to tie up the series in the second race.

Conditions were virtually perfect with six to seven knots of wind for the last races of the round robin and ten knots in the two semi-final races completed today. Tomorrow’s forecast is similar for the completion of the semi-finals and the final match for the Governor’s Cup.

The fifth through twelfth place finishers continue to sail best of three series for each place with fifth sailing against sixth, seventh versus eighth, etc. Final standings for the Governor’s Cup for the non-semi-finalists (and points for World Sailing rankings) will be based on the finish of those series.