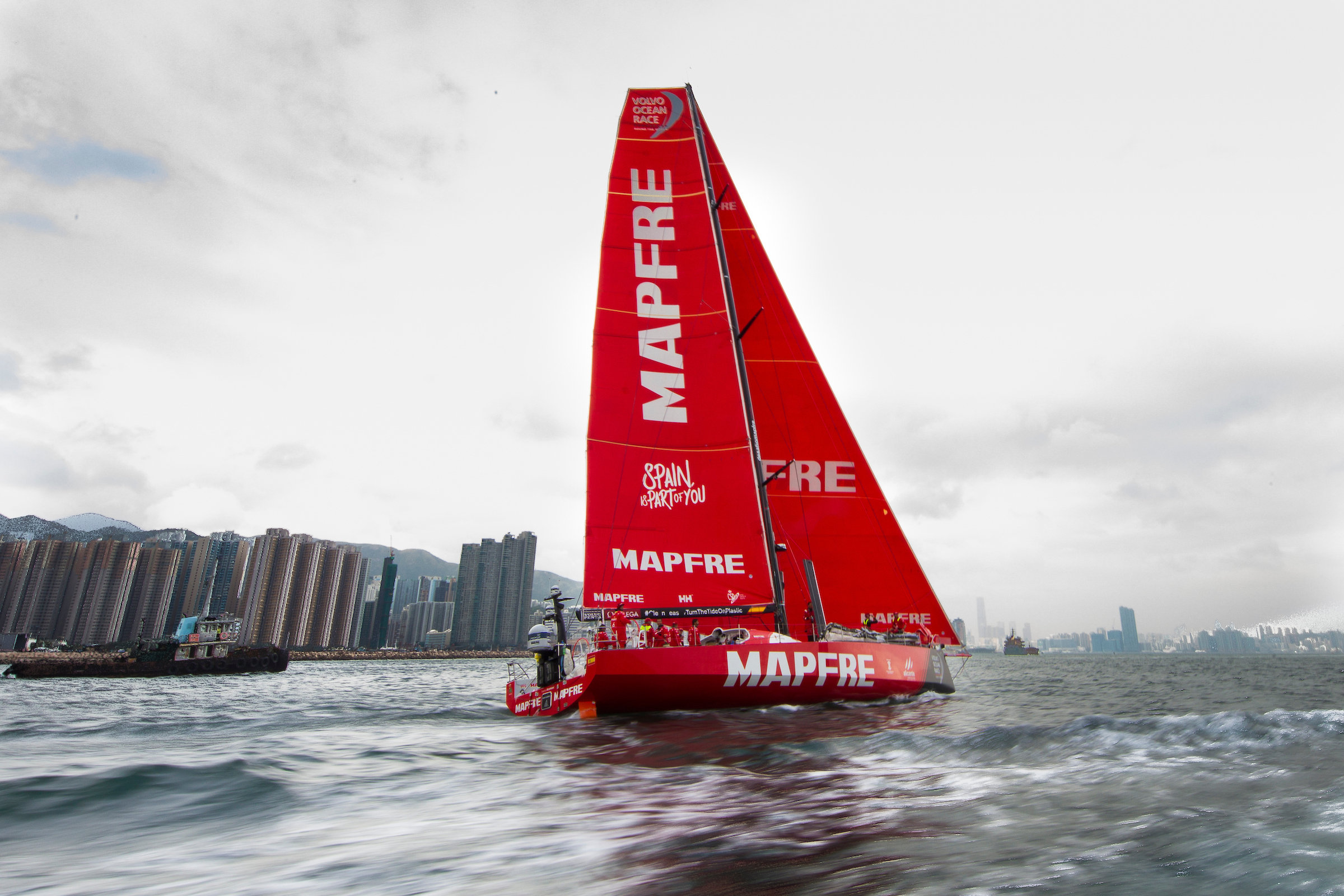 Xabi Fernández’s crew face the HGC In-port race and Around Hong Kong Island Race, being held this weekend (on Saturday and Sunday respectively), and whose combined results will count as one event on the Volvo Ocean Race In-Port Race Series scoring board.

An intense weekend awaits the Volvo Ocean Race fleet. Following a week of maintenance and fine-tuning of the boat, which has been out of the water in Hong Kong, MAPFRE is ready to dive back into the competition, kicking off on Saturday 27th January with the HGC In-port race.

The racing program for the fourth stop-over of the round-the-world race includes several unique features, notably the incorporation of a second event, the Around Hong Kong Island Race, scheduled for Sunday, and whose score will be added to each team’s Saturday results.

“The In-Port race here in Hong Kong is a little different for us, as it is divided into two days,” explained the Basque skipper.

“We will firstly have a normal In-Port windward-leeward race, with two or three laps, depending on wind conditions, and that will count for half the points. The next day, we will race around the island of Hong Kong, which should last between three and four hours, and will represent the other half of the points. In the case of a draw, the around-the-island race will determine the final result. It is going to be a couple of pretty intense days, so we will see how it goes for us.”

The aim: to fight for victory and stay safe and sound
On Saturday from 14:00 local time (–07:00 hours in Spain), MAPFRE will be back on the water to compete in the windward-leeward in-port race, to be held opposite the Hong Kong Race Village, and due to last approximately 60 minutes.

As has been the case in all of the in-port races so far, Xabi Fernández and his team aim to fight for victory, yet they are not overlooking the importance of protecting the material on board, particularly with a view to the leg to Auckland, New Zealand.

“We always aim to give our absolutely all in each of the In-Port races; we want to do well, and to try to win it, because as wellbeing valuable at the end of the whole round-the-world race (in the case of a draw), we all like to do a good race.

“However, it is also an utmost priority not to break anything, since the following day is normally the start of the next leg, although this time we have a little more time,” Fernandez explained.

On Sunday, the fleet will race again, this time around the island of Hong Kong. The 26-mile course should take the fleet between three and four hours, and the results obtained for both races, will make up the final classification for each of the teams.

As such, it promises to be an intense weekend, and MAPFRE will be out to obtain the very best results to maintain their leadership of the In-Port Race Series.

Conditions are, as always, fundamental for the Spanish team’s strategy.

In the words of Joan Vila, the MAPFRE navigator, “For the windward-leeward race we are expecting a good north-easterly wind, a typical wind here, and as there are lots of mountains surrounding the area, it makes it very gusty. But in general we are expecting good wind conditions.

“For the around-the-island it looks like being a little more variable, because there is a front that should be coming through between Sunday afternoon and evening; theoretically after the race, but it may well bring a bit of squall activity with it, and shiftier wind conditions.”