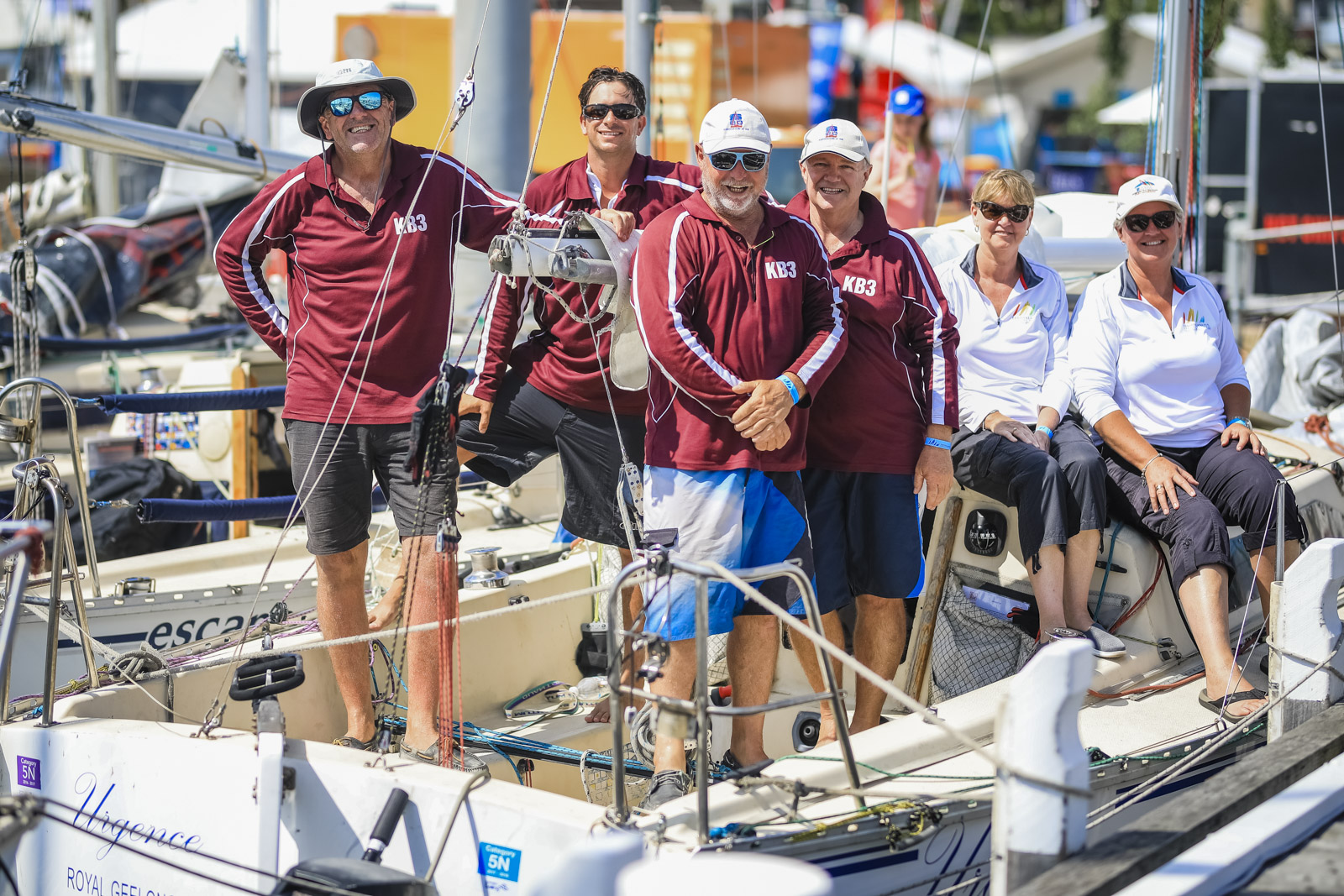 Western Australian sailor Phil Slee and his crew are relishing the action both on and off the water, and ticking off a bucket list item at this weekend’s Festival of Sails in Geelong, Victoria.

The crew from Koombana Sailing Club in Bunbury, Western Australia, have chartered local boat Urgence to compete in the S80 division at the 175th Festival of Sails, thanks to major sponsor Rex Gorell Land Rover.

“I talked about the idea of putting in an entry among my crew and they’ve all come over. We sail S80s back in Bunbury and the whole crew one by one said it sounded like too much fun to miss,” Slee said.

“It’s a bucket list item really,” the skipper added, in relation to being part of the largest keelboat regatta in the southern hemisphere.

The 2018 Festival of Sails has attracted more than 2500 competitors and 300 yachts, with entries representing all Australian states as well as participants from New Zealand and Norway.

“I’ve been sailing for more than 20 years. My father sailed and eventually I took it up. It’s in my blood.”

Slee first competed at the Festival of Sails six years ago and this time the goal is to “firstly to have fun and enjoy ourselves, and we are certainly doing that!”

“Geelong’s a great destination; we will do our best and get the best result we can.”

Having sailed all around Australia as well as overseas, he praised the three-day regatta’s waterfront offerings including live music, food stalls, roving performers and learn to sail activities for children.

Fellow crewman Steve Walkley said the Festival of Sails is an event not to be missed.

“It’s the biggest regatta in Australia. You’ve got to come and do it!”