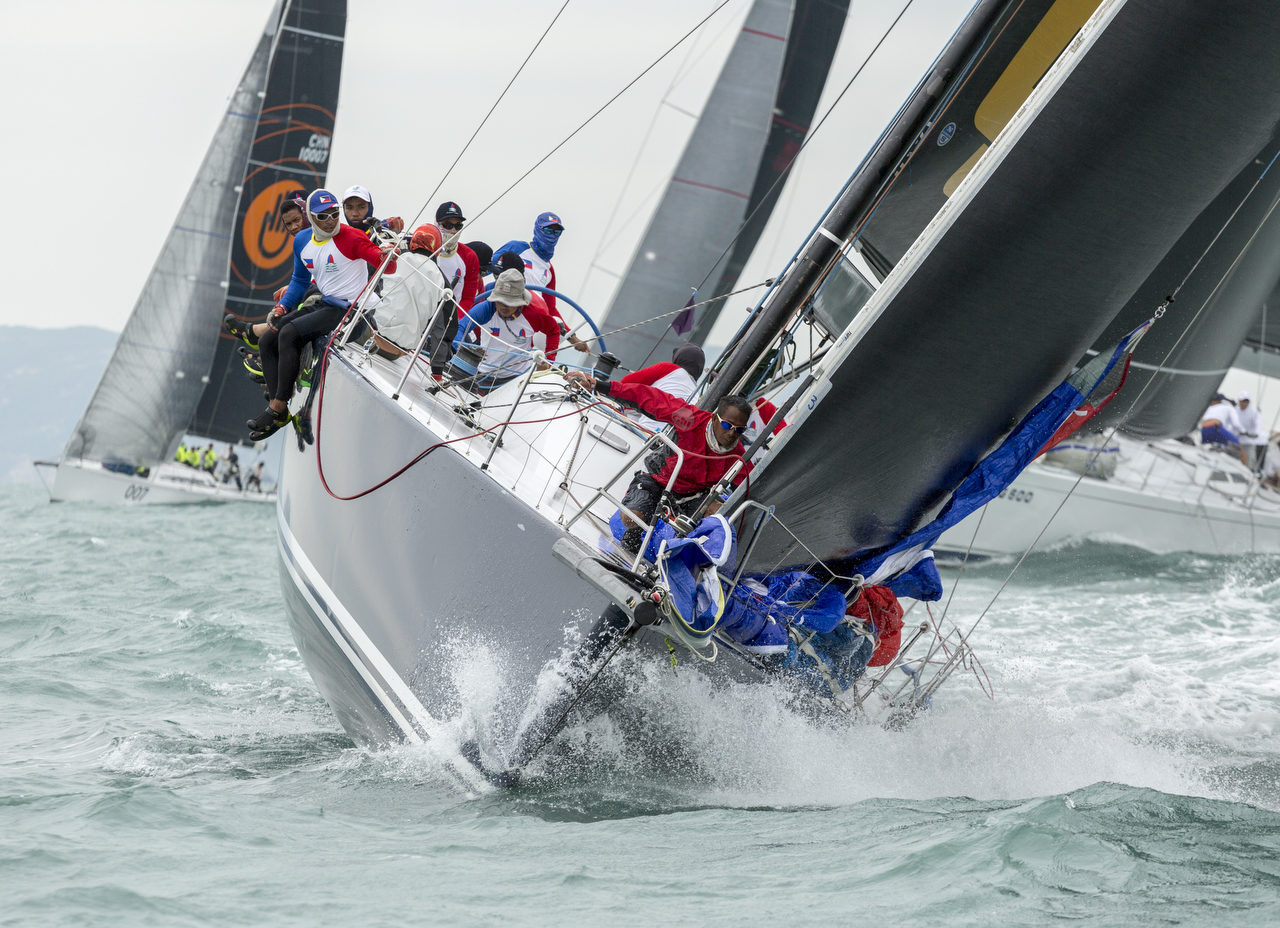 Day 2 turned into the final day of the Volvo China Coast Regatta due to Tropical Storm Khanun approaching Hong Kong, so racing carried on as planned for the day, but as the last boats crossed the line, it was announced that due to the likelihood of a Typhoon 3 signal being issued and still being in force tomorrow, the final day would be cancelled.

All the leaders from Day 1 of the regatta were able to maintain their leads in their divisions including Zannekin; Marcel Liedt’s Ker 46 from IRC Racer 0 which won the Volvo China Coast Regatta for second year running.

Zannekin was followed by Sam Chan’s TP52 FreeFire which had a great day, taking two bullets, allowing them to climb up the ladder after a frustrating first day on the water. Third in the division went to Shawn Kang’s Ker 46+ Lighthorse Alphaplus.

In the IRC Racer 1 division it was Volvo China Coast Regatta Race Chairman Fred Kinmonth and Nick Burns’ GTS 43 Otonomos Mandrake which won after an impressive run of three firsts out of six races. Otonomos Mandrake was followed by Tiffany Koo’s King Mills 40 Hero Racing Team who sailed her way to claim the other three firsts in the division.

There were quite a few broaches and ripped kites across IRC Racer 2 and 3 today which resulted in a few retirements. Steve Manning and Paul O’Malley won after four wins out of six races in their first regatta on board their new A40 Red Rum.

Red Rum was followed by Simon Powell’s A40RC Sell Side Dream. He commented “The regatta was fantastic; it is without doubt one of the premier regattas in Asia. Fantastic winds, shame we can't get the seventh race in tomorrow, but all credit to the race officer for getting the races in over two days.

“We’ve had a great time and have enjoyed every minute of it; it was topped off with a bullet in the last race. We worked hard to try and chase Manning's new boat. It was very close racing and thoroughly enjoyable.”

With five wins out of six races, Nick Southward’s J-109 Whisky Jack is on top of IRC Racer 3. He remarked, “We had five bullets and we got second I'm afraid in the last race. The regatta was absolutely brilliant.

“We had a fantastic time. Our only problem now is getting back to Kellett Island for the party against 30 plus knots of wind.”

In IRC Premier, Peter Churchouse’s Warwick Custom Moonblue 2 came out ahead of Alex Yu’s Bavaria 55 Clove Hitch, with a win in all of their races.

The regatta dinner and overall prizegiving will be held at Kellett Island Poolside tonight, as Hong Kong holds its breath with a possibility of a Typhoon 8 tomorrow.