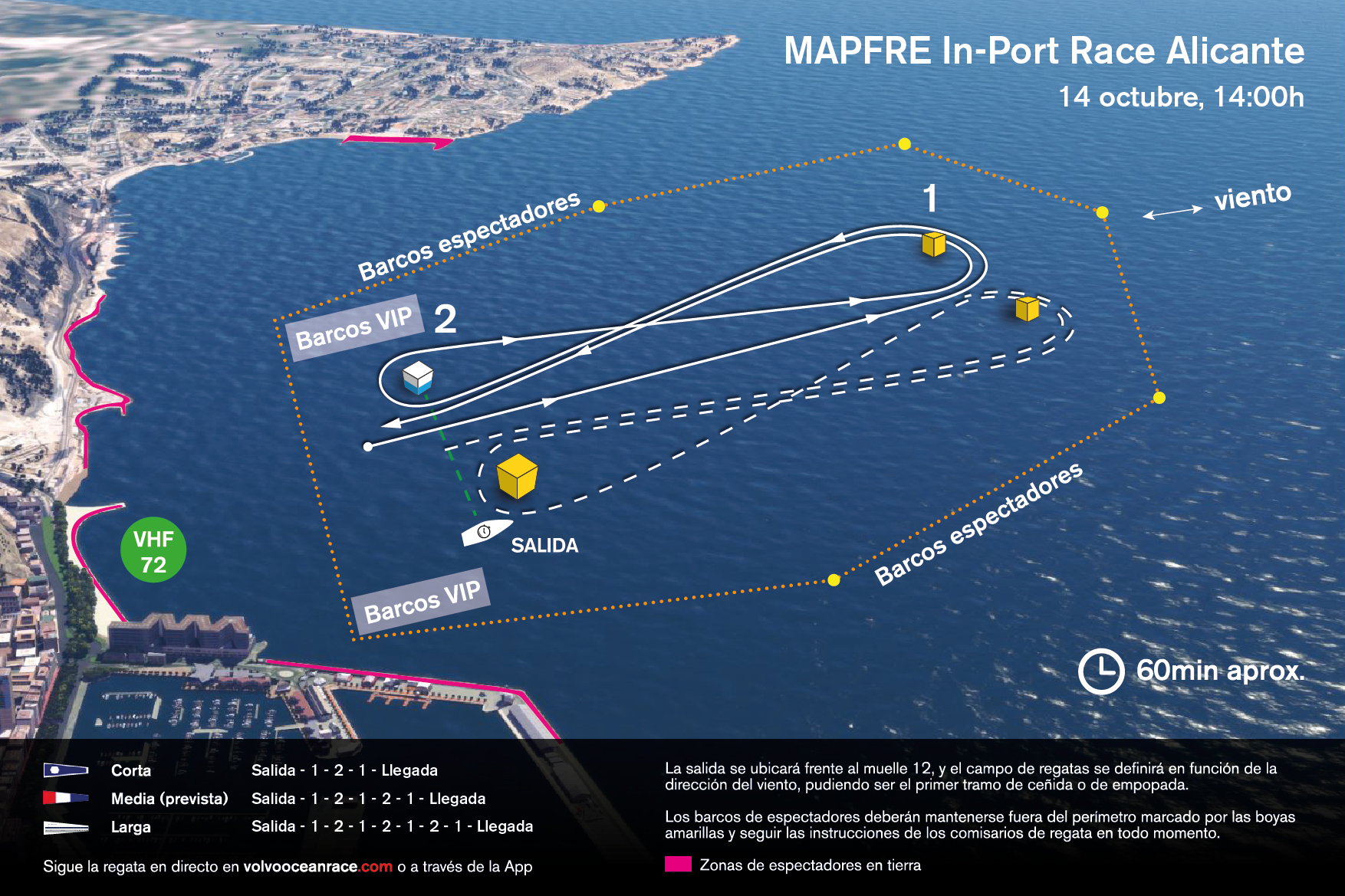 The first official racing of the 2017-18 Volvo Ocean Race will take place on Saturday afternoon with the MAPFRE In-Port Race Alicante, marking the first point-scoring competition of the event.

The starting gun will fire at 14:00 local time (12:00 UTC) with seven of the best sailing teams in the world pushing hard to lay down a marker in the first competitive confrontation with points on the table.

“You always go out and want to win,” said Bouwe Bekking, skipper of Team Brunel, who will have Alberto (Albi) Bolzan on the helm for the race.

“He’s an excellent helmsman. He has a lot of hours driving these boats but he’s also one of the smaller guys on board and it’s important to have power on the winches for these in-port races,” Bekking said.

“I think the most important thing for the in-port race is to treat it as practice for the race start for the offshore leg,” said Charles Caudrelier, speaking from experience after starting behind the fleet on the Prologue leg. “Even on the long legs, the start is important… it helps the team to be confident to get the lead early.”

“A lot of the sailors on our team come from short course racing,” said Dee Caffari skipper on Turn the Tide on Plastic. “So they get a real buzz out of this. They’re all over this style of racing. I have to remind them that a Volvo Ocean 65 takes a bit longer to manoeuvre and we can’t go as close to the other boats as they’re used to, so I have to manage expectations a bit!”

The MAPFRE In-Port Race Alicante is two laps of a windward-leeward course, set with a target time of 45-minutes.

Start time is 14:00 local time, and conditions are forecast to be ideal. During the morning there will be a light northerly wind, but from noon, it will start to turn to the east and strengthen to a solid 10 knots down the race course.

The race course for the MAPFRE In-Port Race is set up with a gate system, with two top (windward) marks and two bottom (leeward) marks. The racing yachts must go between the two buoys at each end but are then free to turn either left or right, increasing the tactical options and opportunities for passing.