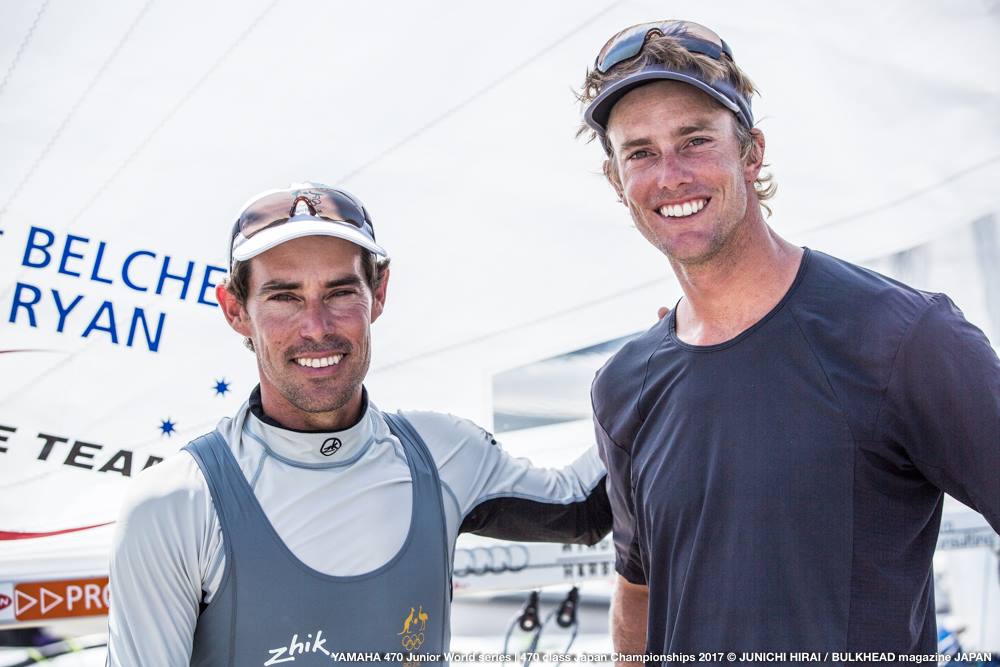 Australian Sailing Head Coach Victor Kovalenko has indicated on the eve of the first round of the 2017-18 World Cup Series in Japan that Australia’s proximity to the 2020 Olympics host nation should provide our elite sailors respite from the drawbacks of regular long-haul travel.

Some of Australia’s top Laser, 470 and Finn Class athletes – including Olympic Gold medalists Tom Burton and Kovalenko-trained 470 star Mat Belcher – will be stationed in Japan for up to the next three weeks at team training camps and regattas, including the World Cup opener at Gamagori, about 275 kilometres west of the Olympic venue at Enoshima.

“We are here not only because we want to show respect and support to our Japanese neighbours and friends,” Kovalenko said. “But also because this World Cup regatta in Gamagori is the closest big event for our Team. It is nine hours flight only, and two hours’ jet lag time.”

Travel is a major mental, physical and logistical challenge for sailors competing on the world stage. Countless hours on planes, trains and automobiles are a part of life. In the lead up to the 2016 Olympics, our sailors made numerous trips to Rio for competitions and camps, which culminated in a four-medal haul. Travels to Japan will be considerably less complex and taxing.

Following the Gamagori regatta, which starts on Sunday, the Laser team of Burton, Matt Wearn, Mitch Kennedy, Luke Elliott, Finn Alexander and Jeremy O’Connell will compete at Enoshima Olympic Week between October 26 and 29, along with 470W team Nia Jerwood and Monique de Vries, and Finn sailor Jake Lilley. However, reigning 470 World Champions Belcher and Will Ryan will not be there, as Ryan will head to China for the Match Racing World Tour.

“He has a big chance to become World Champion and to also win the M32 World Racing Tour,” Kovalenko said.

OUR SAILORS IN TO JAPAN: