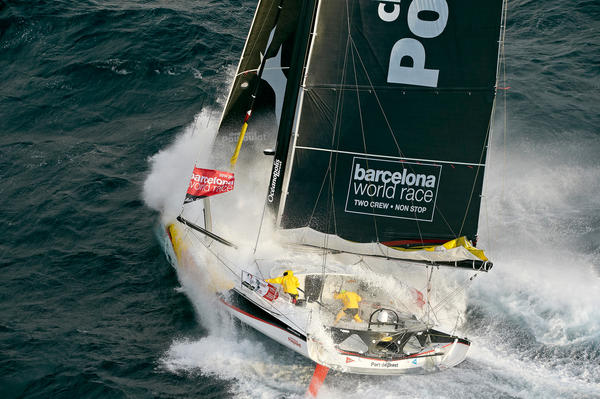 Preparations are gathering pace for the fourth edition of the Barcelona World Race.

Work is now underway on the fourth Barcelona World Race, the non-stop two-handed round-the-world race that starts and ends in Barcelona. Now approved by the RFEV (the Royal Spanish Sailing Federation) and the IMOCA class, the FNOB has published the Pre-Notice of Race, which is the first step towards the holding of the only round-the-world, two handed, nonstop race organised by a Spanish organisation.

The committee of experts convened by the FNOB meets regularly to assess various aspects of the race and, where necessary, propose improvement actions for participants, the media and the general public. This committee, composed of skippers, the media and public and sporting organisations, will be studying the best date for the race’s start, which will certainly be between 20th December 2018 and 7th January 2019. Coordination with other events and optimisation of media coverage are two aspects that will have an influence on this decision, which will be announced in the co ming months.

The fourth Barcelona World Race will start and end in Barcelona, will be two-handed, non-stop and in the IMOCA 60 class, as in the past. No changes are planned to the route, which will leave with the great capes to port and Antarctica to starboard, without passing through the Cook Strait as it did in the last race.

In the coming race, the FNOB will redouble its commitment to the sustainability of oceans by collaborating with the scientific community in the collection of data and by disseminating this concern to the public through the sailors themselves and through the media. The FNOB has again renewed its collaboration agreement with UNESCO, which has been in place since the second race in 2010. The Barcelona World Race has been a pioneer in bringing sport and science together and has paved the way for other organisers of ocean races.

There will also be more educational initiatives, in order to promote ocean sailing to young people and high light urgent concerns about the environment.  The tracking of the race will again be included in educational curriculum programmes, this time increasing their duration by making them permanent instead of every four years.

For the city of Barcelona, the race that bears its name represents a five-star sporting and public event that helps to project Barcelona’s image as a leader in top-level sport, in the organisation of major events, in public solidarity and a city that is strongly committed to sustainability.