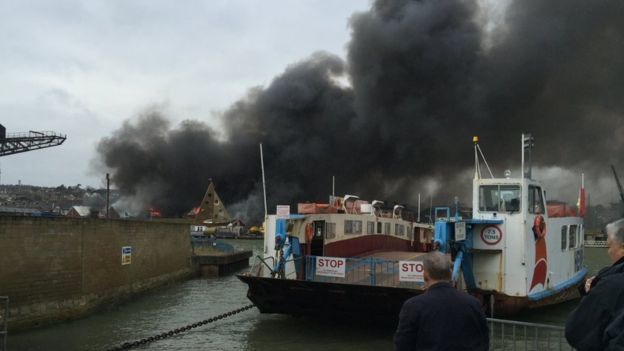 Vintage boats, including a World War Two rescue vessel, are among those feared to have been destroyed in a fire on an Isle of Wight industrial estate.

Thick black smoke billowed over Cowes when the major blaze broke out at Medina Village on Monday. Classic vessels, including the Dunkirk “little ship” Vere, and racing yachts are believed to be among the wreckage. Boat building firm owner David Heritage said they were “irreplaceable”.

Two fire crews remain on the scene damping down and extinguishing hotspots. A police cordon is also still in place. An investigation into the cause of the fire, believed to have started in a car workshop, is under way.

Isle of Wight Fire and Rescue group manager Dean Haward, said: “It was a significant fire with a lot of direct heat damage. The steel structure has buckled so we've got some partial collapse and a lot of contents destroyed.”

Read more, including the loss of the Etchells fleet, here.