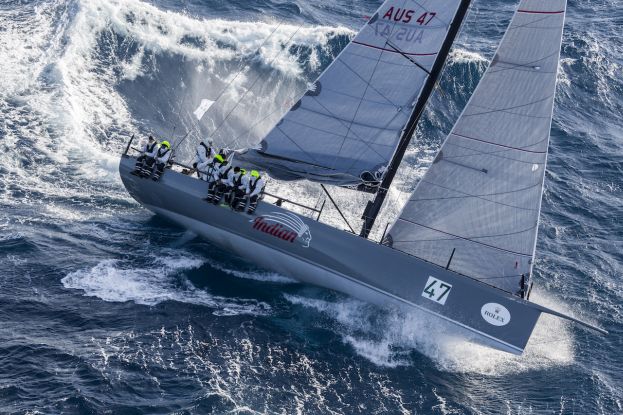 Beginning in 1948, the first race started in Fremantle and finished in Bunbury. “To the small band of competitors it was a daring new enterprise. Most had never sailed that far let alone raced”.

This year, Royal Freshwater Bay Yacht Club will conduct the 68th edition of the Bunbury and Return Ocean Race. Based on the Swan, the river based Club has a long history of offshore racing and is excited to be building up to the 70th race in 2018.

The Bunbury and Return is more evidence of the tremendous revival that offshore racing is enjoying in the rest of the world, a recent record high of 26 yachts will start the race off Port Beach in Fremantle and race south to Koombana Bay, Bunbury.

The 68th Bunbury and Return Ocean Race has a new start time for 2016. Usually a Saturday morning start, the new time will be at 6pm on Friday 29 January for the 170 nautical mile race. Another new addition, the fleet will sail a short lap in the Bunbury bay before turning their sights to the north and the finish. The evening start time should see most of the yachts arriving in Bunbury during daylight hours, making for an on-water spectacle for the Saturday morning café and beachgoers. Koombana Bay Sailing Club has also partnered with the race and will be conducting shore side and on-water activities to coincide with the event.

Line honours favourite, Indian, fresh from an 11th on line honours in the Rolex Sydney Hobart Yacht Race will contest her first Bunbury and Return. The local crew have been under extra pressure to have Indian race ready for the iconic WA race south, given that the 2015 Boxing Day race will be remembered for some time as one of the toughest yet, 28 yachts retired on the first night.

Like many competitors in the 2015 Rolex Sydney Hobart Yacht Race, Indian suffered damage – a broken bow sprit on the second night in the rough seas. Owner Craig Carter commented on the race, “All boats whether they finished the race or not had their own stories, with few boats including the Line Honours winner Commanche able to finish the race without sustaining damage. I was lucky, I had a fantastic crew and boat captain who managed that massive front on the first night seamlessly, and fortunately on the second night when we lost the prodder there was not too much spinnaker work left to contemplate. But making it back from Hobart to Perth, and then readying the Indian for the Bunbury has required the team to get back on the horse quickly.”

To challenge Indian for overall line honours, there are a number of Blue Water gladiators, all with recent long distance experience in the Fremantle to Bali and Geraldton Ocean Classic. Garth Curran’s Walk on the Wildside and Max Palleschi’s Prime Factor both raced well in the 1440 nautical mile race to Bali while Alan Stein’s Dirty Deeds took the overall win in the Geraldton Ocean Classic. Walk on the Wildside will be contesting her 10th race this year. If it turns into a light race, Dom Papaluca and John Rayner’s Al Fresco could be the dark horse for an overall win.

So far this season there has been some close and competitive racing in Division Two. We will see the regulars back in this energetic fleet including Robert Halvorsen’s Giddy Up, Chris Higham’s Argo and Paul Arns and crew on Wasabi. Or will we see Joss, Ian Clyne and his young team who have been getting better all year, move up to the top spot. For the race to Bunbury, the three S&S 34’s are sure to have a good race within the race. This class has been performing well nationally on IRC and to add to this, any late southerly change in the wind could bring the latter half of the fleet up into contention for the overall prize. Listening to the weather briefing by Neil Bennett from the Bureau of Meteorology at the Race Briefing will be a key part of pre-race preparations.